The bearish tone that has characterized oil markets in recent months is dissipating, replaced by a cautiously bullish sense. Concerns about the sources of new supply and strong demand created by low product prices are contributing to the change.

The impact of Canadian wildfires and renewed pipeline attacks in Nigeria are expected to contribute to lower production for the rest of 2016 according to market analysts. In addition, U.S. production has been falling, now at 8.8 million barrels daily.

Nigerian production has reportedly fallen to twenty year lows, estimated now to be just slightly over one million barrels per day. Civil unrest has plagued the country for many years. Anti-government fighters, the Niger Delta Avengers, have forced shuttering of facilities at Forcados and other facilities, taking over 300,000 barrels daily of crude oil out of circulation.

At the same time, competition for market share between Iran and Saudi Arabia is gaining strength. Iranian exports are expected to reach 2.1 million barrels per day for May, nearly sixty per cent greater than last year at this time. The growth reflects price cutting by Iran, apparently made necessary to retake customers lost during Iran’s time under sanctions. Saudi Arabia, for its part, is planning to increase production in an effort to blunt Iran’s advance. Some analysts expect an increase as much as one million barrels daily to be marketed.

Intense marketing competition between Iran and Saudi Arabia reflects shifting regional geopolitics. The increase in Iranian supply erodes Saudi regional strength. And Saudi Arabia itself is facing serious internal tensions that have caused the Kingdom to seek greater diversification away from oil. Middle East ferment will continue to be central to the price and availability of petroleum for a long time to come.

Supply/demand data in the United States for the week ending May 13, 2016 were released by the Energy Information Administration.

Refineries used 90.5 per cent of capacity, an increase of 1.4 percentage point from the previous report week.

El Nino, the weather phenomenon that rises from warmer-than-normal waters in the Pacific, is now cooling. Its meteorological opposite, La Nina, could develop later this year with cooler than normal temperatures and other extreme weather phenomena.

The National Oceanic and Atmospheric Administration (NOAA) projects La Nina will develop later this year. Tropical Pacific trade winds, now slackened by El Nino, will soon return, creating cooler ocean temperatures and new global weather patterns. La Nina could usher in an active Atlantic hurricane season, focused on the United States. (The U.S. has not had significant hurricanes in several years.) In addition, La Nina could give the Northeast and the Midwest colder weather into 2017. 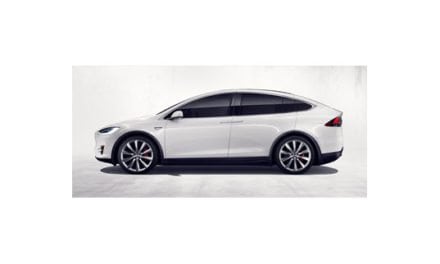