Big-picture energy topics could translate into higher prices for oil in 2023. Some analysts insist that a warmer winter is masking bullish features in the outlook. Last week’s Weekly Energy Market Situation emphasized damage to refineries and pipelines from harsh storms. These are now in the rear-view mirror and the effect of recent commercial and governmental initiatives to support infrastructure could soon take hold.

The largest concerns driving the energy industry’s thinking as 2023 opens are different than they were at the start of 2022 – and radically different than in, say, 2017, only five years ago.

Energy security has always been an underlying factor in energy planning, but the Russia/Ukraine conflict rocketed the issue to headline status.

Security for the U.S. electrical grid, too, has been troublesome. Recent attacks on the grid have elevated concerns.

How different this is from last year, when sustainability and lowering atmospheric carbon were at the top of the hit list. And even more than from five years ago. In 2017, one historian listed battery storage, smart-grids, and autonomous vehicles as the hottest topics among energy planners.

All of these topics still concern us, but the shift to renewable energy supplies, infrastructure upgrading and the prospects for pipeline systems can be seen as positive for the entire upstream/downstream supply chain.

Supply/demand data in the United States for the week ended January 6, 2023, were released by the Energy Information Administration.

The Department of Energy expects that natural gas prices at Henry Hub could average $4.90 for 2023. DOE forecasts prices for 2024 to move even lower, averaging $4.80 next year. The 2023 forecast is a 9.8% cut in price from 2022. It reflects falling U.S. demand and relatively flat LNG exports. The weakness continuing into 2024 contemplates dry natural gas production growing more rapidly than LNG exports from expanded LNG export capacity.

Growth in the electric power sector was largely the result of the third-hottest summer on record affecting air-conditioning use. Moreover, there was less coal-fired power generation because of supply constraints including lower-than-average stockpiles and an increase in natural gas power generation.

DOE estimated domestic consumption at 88.7 Bcf/d for the year, an annual gain of 6 per cent. Electric power grew 8%. The commercial sector gained 7%.

Net injections into [natural gas] storage totaled 11 Bcf for the week ended January 6, compared with the five-year (2018–2022) average net withdrawals of 157 Bcf and last year’s net withdrawals of 157 Bcf during the same week. Working natural gas stocks totaled 2,902 Bcf, which is 40 Bcf (1%) lower than the five-year average and 140 Bcf (5%) lower than last year at this time. 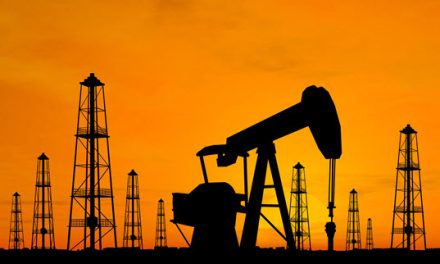