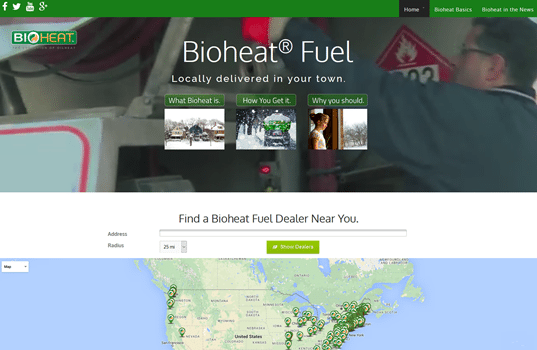 The National Biodiesel Board has launched a new consumer website aimed at raising public awareness around the benefits and availability of Bioheat® fuel.

The site, mybioheat.com, replaces NBB’s previous Bioheat® website, bioheatonline.com, which had a split focus on educating consumers and providing tools for oilheat dealers.

“Our goal is to provide relevant and accurate information to the everyday homeowner using everyday language so that he or she can make an educated decision on how they heat their home,” said Paul Nazzaro, NBB petroleum liaison. “Our belief is that cleaner burning, renewable Bioheat® fuel is the right decision for many, and our hope is that mybioheat.com will make that decision easier.”

Along with touting the environmental, economic, and health advantages of Bioheat® fuel, the site features a Bioheat® dealer locater where visitors can enter their zip code to find dealers in their area.

The locater includes roughly 380 Bioheat® dealers across the Northeast and beyond.

“Bioheat fuel is domestically produced, renewable, burns cleaner and more efficiently, and can be used in your existing heating system,” said NBB board member Greg Anderson. “Most consumers have no idea that a simple phone call to their local oil heat dealer can benefit the environment, their health, their wallet—not to mention our national economy and energy security. It’s about time we spread the word.”

The launch of the revamped site coincides with the beginning of NBB’s 2016 Bioheat® consumer advertising campaign, which includes targeted radio and television spots across several Northeast markets. The campaign will serve as a major driver of traffic to the site, Nazzaro said.

The National Biodiesel Board is dedicated to supporting the commercial biodiesel industry. Its membership is comprised of biodiesel producers, state, national, and international feedstock and processor organizations; fuel marketers and distributers; and technology providers. 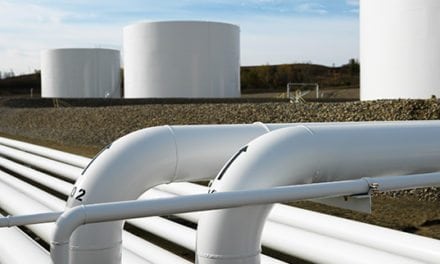 API: Gasoline Deliveries in July Were Highest on Record