Oil futures nearest delivery on the New York Mercantile Exchange and the Intercontinental Exchange Brent contract rallied early Thursday on news Iran shot down a U.S. drone it claimed was flying in its airspace over one of its southern provinces near the Strait of Hormuz, heightening the geopolitical risk premium in oil prices.

“Iranian reports that the aircraft was over Iran are false,” said the U.S. Central Command reports the Washington Post. Tensions in the Persian Gulf have escalated sharply in June, with the U.S. laying blame on Iran for attacks on fuel tankers from Norway and Japan in the Gulf of Oman last week. Rocket attacks this week have targeted western assets in Basra, Iraq, and in Saudi Arabia.

The escalation in hostilities follows the U.S. decision to end all waivers allowing for the purchase of Iranian oil that took effect in early May, with U.S. sanctions targeting Iranian oil exports taking effect in November 2018. Washington wants Tehran to end its nuclear program and stop military adventurism that the State Department said has destabilized the Middle East.

In May 2018, the United States pulled out of the Joint Comprehensive Plan of Action triggering the re-imposition of U.S. sanctions that were in place from 2012 through 2015. Iran’s oil production has tumbled and finances are straining under sanctions, with Tehran earlier this week indicating it will increase its uranium stockpiles above the level allotted under the JCPA on June 27 unless Europe breaks with the United States. Russian pipeline company Transneft said today that more contaminated oil was discovered in the Druzhba pipeline from Belarus to Poland, briefly prompting a shutdown of the line, according to Reuters.

In April, contaminated oil halted flow to refiners in eastern Europe, including Poland and Germany. Oil futures are also lent support from U.S. dollar weakness, with the greenback tumbling to a 96.090 three-month low and below the 200-day moving average in reaction to an increasingly dovish Federal Reserve. The central bank signaled two cuts in the federal funds rate later this year amid low inflation and economic uncertainty due to global trade disputes.

The United States and China are set to resume trade negotiations next week, with top officials from Washington and Beijing to restart dialogue by phone ahead of the June 28-29 G20 Summit in Osaka, Japan. U.S. President Donald Trump and Chinese President Xi Jinping will meet in Japan at the summit, raising hope for a bilateral trade agreement.

The Organization of the Petroleum Exporting Countries, Russia and nine non-OPEC oil producers partnered in a production agreement have agreed to meet on July 1-2, with the meeting delayed from June 25-26 because of the G20 Summit. OPEC+ is widely expected to rollover production cuts for the second half of 2019, while Saudi Arabia is reportedly lowering production further in June after output fell to a five-year low in May.

Oil futures are also buoyed by across the board drawdowns in U.S. commercial oil inventory during the second week of June, with the Energy Information Administration reporting record weekly gasoline demand at 9.928 million bpd. Bloated crude inventory in the United States pressed West Texas Intermediate futures to a modest loss Wednesday, with the July contract set to expire at today’s close. 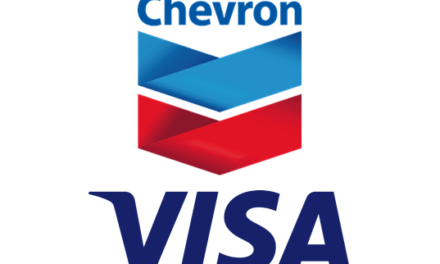 Visa and Chevron Bring Mobile Payments to the Pump