Crude oil prices relaxed yesterday, but they remained above the $70/b mark, and prices are creeping back up today. WTI (West Texas Intermediate) crude prices in today’s trading session opened at $70.20/b, down by $0.78 from yesterday’s opening. Gasoline and diesel prices also opened lower today. Yesterday brought a downward correction and a period of price stabilization. Today, prices are gaining back some lost ground, and the week currently is heading for a finish in the black.

Supply concerns are supporting prices, as OPEC and non-OPEC producing countries begin meetings in Algeria this weekend. The key agenda item is how to replace lost supplies from Iran. U.S.-imposed sanctions are scheduled to begin on November 4th. Iranian exports already are falling ahead of schedule, since U.S. allies are phasing out their Iranian supplies. Japanese refiners, for example, have temporarily halted all loadings of Iranian crude, as a precaution in case Japan does not receive an exemption. During the last round of sanctions, Japan reduced its imports from Iran but was not required to eliminate them entirely.

OPEC is not expected to raise production significantly based on this weekend’s talks. This meeting is not an “extraordinary meeting” where the group will formally change policy. There is leeway for some production increases that would not violate the agreement since compliance rates are above 100% in some countries. However, one of them is Venezuela, where internal problems have hamstrung the industry, and production is languishing. Nigeria and Libya are not participants in the cut agreement, so they could raise production, but their output is subject to enormous volatility because of civil strife. Therefore, replacing an expected 1 million barrels a day of lost Iranian supplies will require Saudi Arabian action. At present, Saudi Arabia has indicated that it is not in a hurry to ramp up production to such a high level. Moreover, raising its output by a million barrels per day would absorb most of its spare production capacity.

Gasoline opened on the NYMEX at $2.0163 today, down by 0.67 cents from yesterday’s opening. Over the last 24-hour trading period from 9AM EST to 9AM EST, gasoline prices gained 1.03 cents/gallon (0.51%.) Currently, prices are trending up. Gasoline prices are maintaining a strong position above $2.03/gallon. The latest price is $2.0396/gallon.

Diesel opened on the NYMEX at $2.2301/gallon today, down by 1.98 cents from yesterday’s opening. Note that yesterday’s opening price had been up by 1.99 cents from the previous day, so yesterday’s gains were very tidily handed back today. Over the last 24-hour period from 9AM EST to 9AM EST, diesel prices rose slightly by 0.22 cents/gallon (0.1%.) Currently, prices are moving back up. The latest price is $2.2543/gallon. 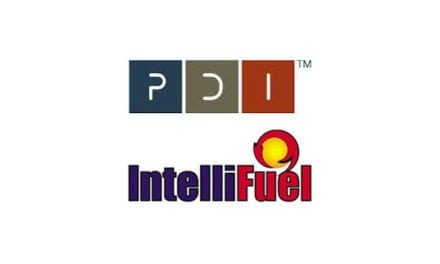