December 6, 2019: Crude prices started the week in a slump, strengthened Tuesday through Thursday, moved into a holding pattern today awaiting final OPEC+ news, and now are surging on the strength of the U.S. Jobs Report and the OPEC+ cut of an additional 500,000 bpd in 2020. Prices dropped after the Thanksgiving holiday, carried down by doubts about the OPEC+ group’s plans for crude production cuts and President Trump’s remarks that he had “no deadline” for ending the U.S.-China trade war. The week was full of OPEC+ group news, with opinions ranging from no additional cuts, to symbolic cuts and extensions, to deep cuts that were sure to attack oversupply in 2020. The final OPEC+ announcement was just made, extending the agreement with an additional cut of 500,000 bpd from production. This will formalize current production levels, which already fell below the original agreement. While this will not actually take oil off the market, it is strengthening prices.

Markets also are receiving support from a very strong Jobs Report. The Bureau of Labor Statistics reported this morning that non-farm payroll rose by 266,000 in November, and that the unemployment rate was a very low 3.5%. These results exceed the forecast of 183,000 jobs and 3.6% unemployment, and they paint a picture of continued strength in the U.S. economy.

WTI futures crude prices opened on Friday, November 29, at $58.13/b, and prices fell then recovered to a barely changed open of $58.32/b today, up by $0.19/b. After an early morning dip where WTI prices fell to $57.70/b, the Jobs Report renewed buying interest, and WTI futures prices regained and surpassed the $58/b level. The OPEC+ agreement added another surge, and highs are surpassing $59.50/b as of the time of this writing. It remains to be seen how much profit will be shaken out of the market today, but this week should finish with oil prices in the black. Gasoline and diesel prices also were languishing, but they are following crude up today. Our weekly price review covers hourly forward prices from Friday, November 29, through Friday, December 6. Three summary charts are followed by the Price Movers This Week briefing for a more thorough review.

Gasoline opened on the NYMEX at $1.6764/gallon on Friday, November 29, and prices opened at $1.6213/gallon on Friday, December 6. This was a significant drop of 5.51 cents (3.3%.) U.S. average retail prices declined by 0.4 cents/gallon during the week ended December 2nd. Gasoline futures prices fell after Thanksgiving, but prices moved back up on Thursday and Friday of this week. Prices dropped again this morning, but they shot back up when the Jobs Report was released and continued to surge upon the OPEC+ announcement. The week may still finish in the red, since the starting basis was $1.6764, but upward price potential remains. Trades are occurring mainly in the range of $1.61-$1.66/gallon. The latest price is $1.6457/gallon.

Diesel opened on the NYMEX at $1.9497/gallon on Friday, November 29, and opened on Friday, December 6, at $1.932/gallon, down by 1.77 cents (0.9%.) This overcame last week’s small gain of 0.96 cents (0.5%.) U.S. average retail prices for diesel rose by 0.4 cents/gallon during the week ended December 2nd. Diesel futures prices started the week in a slump, then began to climb by Thursday and Friday. Diesel prices dipped again this morning until the Jobs Report was released and OPEC+ made its final announcement, which brought a surge of buying. This may allow the week to finish in the black. Contracts currently are trading in the $1.92-$1.97/gallon range. The latest price is $1.954/gallon.

WTI (West Texas Intermediate) crude forward prices opened on the NYMEX on Friday, November 29, at $58.13/b. Prices dipped then climbed back to an open of $58.32/b today, up slightly by $0.19/b (0.3%.) Crude prices weakened this morning in early trades, yielding the $58/b level, but a strong U.S. Jobs Report and the OPEC+ group announcement are propelling prices above $59/b currently. During the week, prices were creeping back up cautiously, but they are now surging. Currently, WTI futures prices have regained the territory above $59/b. WTI crude is trading mainly in the range of $58.50/b-$59.50/b. The latest price is $59.14/b.

Oil prices spent the week recovering after a post-Thanksgiving slump. U.S. President Trump cast a pall on U.S.-China trade agreement by stating that he had “no deadline” for an agreement, against market expectations that a phase 1 agreement could be due by December 15th. The lead-up to the OPEC meeting also was not reassuring, with no firm commitments or consensus as the meeting opened. It was unknown whether the OPEC+ group would extend the production cut agreement, whether they would make a slightly deeper cut, or whether they would make a serious additional cut. Saudi Arabia had considered forcing better compliance from other participants rather than deepening cuts on its own. Russia wishes to have its condensate production excluded from its production level. During the week, the market assumed a continuation of the cuts, with many traders pricing in also a deeper cut.

Prices then moved into a holding pattern, awaiting the final news from the OPEC+ group. The energy ministers had agreed in principle to deepen the cuts by 500,000 bpd. This would increase the cuts from 1.2 mmbpd originally to 1.7 mmbpd. This sounds significant, but actually it is just a reflection of the current production levels. The final announcement formalized this cut, and it is causing a surge of buying. Saudi Arabian Energy Minister Saudi Prince Abdulaziz bin Salman had earlier stated that the group would issue “beautiful news.” WTI crude prices have been propelled above the $59/b level.

Today is jobs day. The Bureau of Labor Statistics released the November 2019 Employment Situation report, showing non-farm payroll employment rising by 266,000 in November, with the unemployment rate at 3.5%. Job growth occurred in health care and in professional and technical services. The BLS also noted that employment rose in manufacturing, reflecting the return of workers from a strike. These results are better than expected. Economists had forecast job formation of 183,000 and an unemployment rate of 3.6%. The strength of this report should validate the position of the Federal Reserve Bank, which did not cut interest rates. It may also give the U.S. added strength in the U.S.-China trade war negotiations.

On Tuesday, the American Petroleum Institute (API) reported a drawdown of 3.7 million barrels (mmbbls) from U.S. crude stocks. Industry experts had anticipated a build of 1.318 mmbbls. Prices strengthened. Countering this, the API reported additions of 2.93 mmbbls to gasoline inventories and 0.794 mmbbls to diesel stockpiles. Industry experts had anticipated a gasoline stock build of 0.754 mmbbls and a drawdown of 0.857 mmbbls from diesel inventories. The API’s net inventory build was a very small 0.024 mmbbls.

The EIA released official statistics on Wednesday, showing an even larger drawdown of 4.856 mmbbls from crude inventories. Product stockpiles, however, grew. The EIA reported a gasoline stock build of 3.385 mmbbls and a diesel stock build of 3.063 mmbbls. The net result was an inventory build of 1.592 mmbbls. 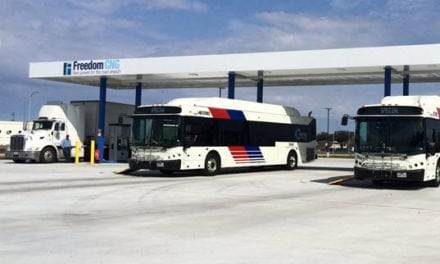