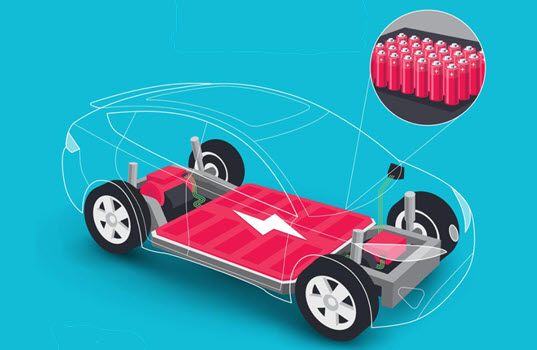 Beijing’s dominance of the lithium battery market raises questions with the rush toward EVs.

Something extraordinary happened in 1973—the United States and various aligned nations found themselves at the mercy of a handful of small, underdeveloped countries located in the Middle East. The Organization of Petroleum Exporting Countries reacted to the U.S. support of Israel during the Arab-Israeli war by instituting an oil boycott and a production cut.

While this action had a political face, it also had economic underpinnings. OPEC had been working to realign the supply and demand equation to favor the oil producers, and this event firmly established the producers as the dominant partner in the relationship.

The rise of fracking strained the OPEC+ leverage. The United States now enjoys a significant degree of not only independence but also actual dominance with crude and natural gas. Similarly, these new sources of oil expand and decentralize future supply in the oil markets.

Now, with the remarkably rapid push for electrification of the vehicle fleet among various governments, are we moving toward a return to an OPEC-like scenario now focused on China?

London-based research firm Benchmark Mineral Intelligence recently outlined the scope of the issue, showing Chinese dominance throughout the lithium-ion battery to electric vehicle (EV) supply chain. China controls 80% of the chemical production of battery grade raw materials (think refining in the oil industry); 61% of cathodes and 86% of anodes (battery components); and 73% of finished lithium-ion batteries. Only 23% of battery raw materials come directly from China, but that can be deceptive. China has been heavily investing in mining operations in South America and Australia which hold major reserves.

The Institute of Energy Research (IER) indicates that China is among the five top countries with the most lithium resources. What’s more, it has been heavily investing in lithium (and other critical mineral production) throughout the world. For example, IER notes China’s Tianqi Lithium owns 51% of the world’s largest lithium reserve in Australia. Another Chinese company has a long-term agreement to underwrite all lithium raw materials produced in the Australia’s second-biggest, high-grade lithium reserve. China is the second-largest shareholder in the largest lithium producer in Chile.

The driver for Chinese dominance in lithium battery production starts at home. China is resource constrained in numerous areas compared to its domestic needs. Electrification of the vehicle fleet is seen as beneficial from a pollution standpoint (aside from any climate-related carbon concerns). China certainly sees both economic and security advantages to having a dominant market position with lithium batteries.

“I don’t think anyone should be shocked,” said Lewis Black, CEO of Toronto-based Almonty Industries, a global mining operator specializing in tungsten. Tungsten is also used in fast-charging applications and is similarly dominated by China. “I don’t think anyone should see this as an enormous conspiracy—China’s looking to take over the world. They planned and they executed. Why would they keep supplying raw materials to a value chain that does not exist within China? You could not have given a lithium mine away five, six years ago. Nobody cared. When lithium rose to the top as [a battery technology], China essentially had almost total dominance over that product. And there was no coincidence that they also then almost immediately strove to become the largest supplier of lithium-ion batteries.”

It was a deal that worked well for the producers of the solutions that required lithium batteries.

“It’s so extraordinarily easy to buy from China,” Black said. “It’s a win-win for you. You don’t have to carry inventory, just pick up the phone and there’s no problem. It’s in the container and on its way.”

Black expanded that point with mining. America has previously had mining operations producing many of the metals currently under Chinese control. However, regulatory and environmental pressures have pushed the operations offshore.

So, what are some of the major downsides with the current situation?

As of spring 2021, we are seeing a range of disruptive events in various sectors driven by COVID-related disruptions of production base and supply chains. The global semiconductor shortage dramatically illustrates some of the many risks associated with a heavily regional and non-diverse industry serving global markets. It was a “death by 1,000 cuts” driven by highly consolidated major manufacturing; Asia-centralized production; global logistics disruptions; and poor supply/demand projections among manufacturers.

As with semiconductors, the lithium battery supply chain was negatively impacted by COVID-19, though in a less dramatic fashion. A future far more reliant on EVs would undoubtedly have greater vulnerabilities.

“U.S. domestic production of batteries and other energy technologies is paramount to the security and sustainability of the electric transportation industry moving forward,” said James Breyer, CEO of startup Hercules EV in a 2020 article in InsideEVs. “While supply chain disruptions of the magnitude seen with COVID-19 are hopefully fewer than once per millennium, it showcases the need for distributed supply chain networks.” He further noted that his company will work to partner with regional manufacturers.

One major difference between China and OPEC, and not for the better, is that although OPEC was effective, it was limited by being an organization of different oil producing states that often had divergent political or economic motivations. This effectively put some limits on the organization’s ability to remain unified on its most aggressive initiatives. China’s neo-Communist government has far more unity and control.

China is a global economic and regional political competitor to the United States and Europe. It aims to be the Pacific region’s dominant power and has established the “nine-dash line,” claiming ownership of large swaths of the South China Sea. Tensions have increased in the region with its Asian neighbors (Malaysia, Vietnam, Philippines, Japan) and the United States. Similarly, China has long threatened to “militarily reunify” Taiwan. As the world becomes more reliant on lithium batteries, this becomes a potential point of leverage in global diplomacy.

“They have never turned around and said, we’re not going to give you this,” Black said. However, during the coronavirus pandemic such actions have been floated informally with antibiotics and other drugs during contentious moments at the start of the crisis.

Would shutting off battery supply have the same direct impact as oil? EV penetration is currently limited, so the impact would be painful (and not just for the loss of EV-related batteries) but likely not crippling. In the future that might change with far greater penetration of EVs and the significant growth of grid-related battery support, at least if the supply situation remains unchanged.

The supply imbalance is hardly a secret. Addressing it requires increasing capacity in all areas from the raw materials to finished batteries.

“I think you have to develop the best projects that are not just exclusively domestic but also in countries where you have a relationship that is a long proven and reliable,” Black said. “Whether it be the EU, Australia, South Korea—countries where there is a vested interest to ensure that supply chain diversity is successful.”

Black noted that the Chinese foreign investment model is equally applicable to other national interests. All the tungsten produced from his international operations is exported to the United States. Most members of Almonty’s board are American, as is the largest base of shareholders. “Would I like to mine tungsten in America? Absolutely. But in the 1950s and 1960s tungsten had a higher value than gold, so a lot of the sites are depleted or environmentally compromised.”

The Biden Administration has implemented an executive order ’Securing America’s Critical Supply Chains’ which includes “large capacity batteries.” This involves a 100-day review across federal agencies that will address vulnerabilities in their supply chains.

Similarly, the U.S. government is working with Canada to expand the regional production of minerals used to make electric vehicles. Canada is seen as a more favorable mining source for EV materials due to environmental resistance in the U.S., according to Reuters.

U.S.-based Tesla is responding to the risk. At the Sept. 22, 2020, Tesla Battery Day the company announced that it is looking to both increase and diversify its battery supply. Tesla plans to achieve 100 gigawatt hours of internal battery capacity (supplemental to current supplier contracts) in 2022 and 3,000 gigawatt hours by 2030.

Reuters reported that two major Korean battery manufacturers are building large factories in the U.S. specifically to produce electric-car batteries, and The Wall Street Journal reported that U.S. battery-making capacity is expected to increase sixfold by 2030.

The European Battery Alliance (EBA) was launched in October 2017, with core participation from BMW, Daimler (Mercedes-Benz) and Volkswagen. The stated purpose is: “… to ensure that all Europeans benefit from safer traffic, cleaner vehicles and more sustainable technological solutions. All this will be achieved by creating a competitive and sustainable battery cell manufacturing value chain in Europe.”

As BloombergNEF reported, Volkswagen plans build six battery factories in Europe for a capacity of 240 gigawatt-hours by 2030. The publication noted that would make VW and its partners the world’s second-largest cell producer after China’s Contemporary Amperex Technology Co. Ltd.

The European challenge is not in the building of production facilities but in access to raw and refined materials.

“There are all these empty car factories they’re turning into battery factories,” Black said. “The physical act of converting the factory itself is not a big lift, so you can diversify. But then you must procure the raw materials—that’s the biggest challenge for the supply chain. And, to open a factory may take you 18 months to two years. Whereas with a mine, the design alone will take you four years.”

One approach that Black strongly recommends to counter current Chinese dominance has a parallel in petroleum today—a strategic reserve. “One way that you could ensure a supply chain that was free of drama is to adopt a stockpiling approach,” he said. “You stockpile various strategic metals, which you then sell into American manufacturers at market price. That ownership must be transparent. The government gives you a contract, you supply it to them at the market price. There is a market risk, but a lot of commodities can be hedged to shield yourself from that.” 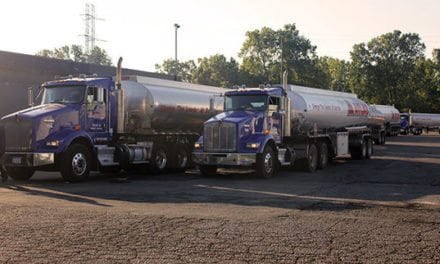 API Comments on Point of Obligation 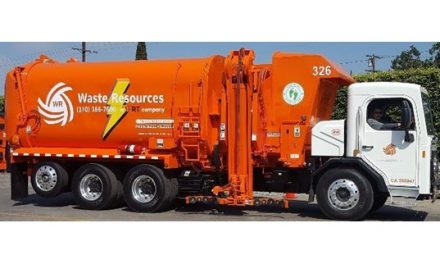