Analyses of petroleum prices rely on several statistics available to the trade. One tool is an analysis of break-even costs of drilling for crude oil in the United States. The Federal Reserve Bank of Dallas has reported that the break-even cost of new wells is $52 per barrel and the cost to refurbish existing wells is $31 per barrel—year-over-year increases of 6% and 3%, respectively.

Higher costs reflect the transfer of U.S. staff by oilfield services to growth opportunities overseas. Moreover, domestic drillers are eating into the inventory of wells drilled but uncompleted (DUCs), also known as the “fracklog.” The inventory is likely to fall below 5,000 by year end as demand recovers.

The closure of the Suez Canal will add to costs as well, although the impact should be shorter term. Estimates of the impact of the Suez closure come to about two million b/d of oil daily.

The most closely watched statistic in the oil business may be weather. Awareness of snow, storms and temperature is critical to meeting demand and planning for inventory. To better project weather expectations, the National Oceanic and Atmospheric Administration (NOAA) has upgraded its GFS forecast model, also known as the American model. It is designed to “lead to better predictions of hurricanes and other extreme events, ocean waves and weather systems high in the atmosphere.”

NOAA expects the new system to present improvements as far out as about two weeks in the future. The system now has replaced updated data with a greater ability to skew too cold and snowy. GFS now has greater ability to integrate more data from current sources. It also provides greater vertical detail. This provides better information about the near surface “boundary layer” and the second layer of earth’s atmosphere (stratosphere).

Supply/demand data in the United States for the week ended March 19, 2021, were released by the Energy Information Administration.

Natural gas demand in the United States is declining as the end of the heating season reduces consumption. The use of natural gas fell by 5.6% week-on-week. Sectoral use was generally down, with residential and commercial losing 12.9% of demand. Elsewhere, power generation fell by 2.7%. A small gain in demand was found in the industrial sector where recovery from the winter storm of February 13-17 continued to grow.

API and NCCR Call On EPA to Protect Consumers from RFS 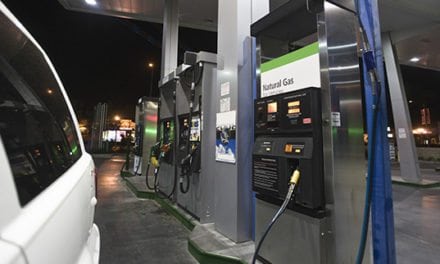