The Energy Information Administration (EIA) has released data on gasoline and diesel retail prices for the week ended May 15. At the national level, gasoline retail prices declined slightly by 0.3 cents/gallon. Diesel prices fell more significantly by 2.1 cents/gallon. The crude price slump has been reflected in product markets over the past three weeks. However, the current oil price rally is likely to be reflected in next week’s retail market. If the price recovery is sustained, it will mean the end of recent easing of retail prices.

Crude and product prices remain strong this morning in the wake of news about a possible nine-month extension of the OPEC-non-OPEC production cut deal.

Yesterday’s prices finished off their highs, but the market nonetheless made significant gains—today’s crude prices opened approximately 2% higher and product prices opened approximately 1.1% higher. West Texas Intermediate (WTI) crude prices hit a peak of $49.66 per barrel (/b) yesterday, leaving the market to wonder if additional news could be forthcoming that would cause prices to regain the $50/b mark. The possibility of a nine-month extension to the OPEC-non-OPEC production cut agreement gave prices a boost.

Today’s prices are likely to receive support from the latest International Energy Agency (IEA) Oil Market Report, which reiterated the IEA’s conclusion that oil market rebalancing is essentially here. There is a range of opinion on this, of course, with many investment houses and analysts believing the oversupply will persist into next year.

The OPEC-non-OPEC cuts have motivated other producers to raise output. U.S. production, for example, rose by another 21 thousand barrels per day (kbpd) last week to a total of 9314 kbpd, according to the EIA. From the beginning of the year through the week ended May 5, U.S. crude production has risen by 368 kbpd. Baker Hughes released its rig count data on Friday, showing another eight active rigs. Since the beginning of the year, the rig count has risen by 220.

Gasoline opened at $1.596/gallon today, up 1.75 cents, or 1.11%, from yesterday’s opening. Prices are $1.6096/gallon currently, an increase of 1.42 cents above yesterday’s close. Gasoline prices have risen in the last four trading sessions. 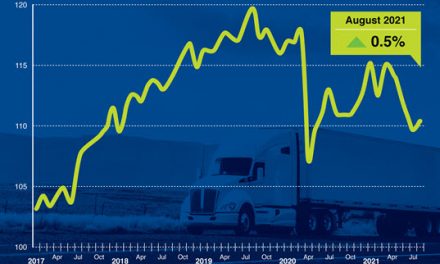