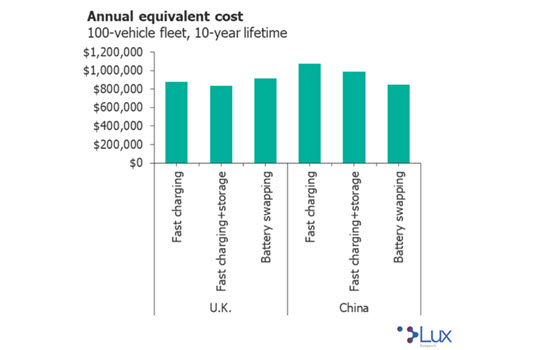 Limited charging speed and availability have been major barriers to electric vehicle adoption, and fast-charging stations are currently the most popular way to quickly add range to vehicles. However, the additional power demands can stress the electrical grid, prompting reconsideration of other solutions like battery swapping, according to new analysis from Lux Research, a leading provider of tech-enabled research and innovation advisory services. Although battery swapping failed nearly a decade ago, it is now being considering for supporting taxi fleets in urban environments.

Lux’s new report, “Cost Comparison of Battery Swapping and Fast Charging for Electric Vehicles,” analyzes and compares costs for deploying battery swapping infrastructure to support electric taxis in cities and offers insight on how promising battery swapping can be as a fast-charging alternative. Lux developed and used a model to perform a cost analysis of infrastructure supporting an electric fleet of taxis in two different countries – the U.K. and China.

“Instead of quickly charging the battery, battery swapping solutions aim to physically replace a depleted battery with a charged one,” explains Christopher Robinson, Director of Research at Lux Research and lead author of the report. “Battery swapping can address two main challenges with fast charging: It slowly charges depleted batteries to minimize grid impact and battery degradation, and it allows for faster addition of range in electric vehicles.”

As battery swapping networks grow, new opportunities for cost reduction emerge. While fast charging stations have the benefit of a decade of deployments and refinement, battery swapping is still in its nascent stages, with deployments accelerating rapidly over the past two years. Download the executive summary of the report to learn more. 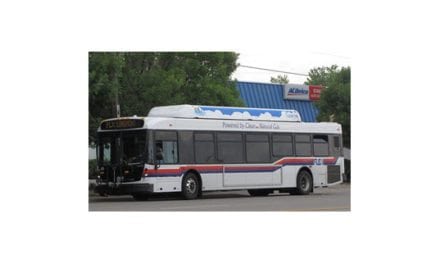