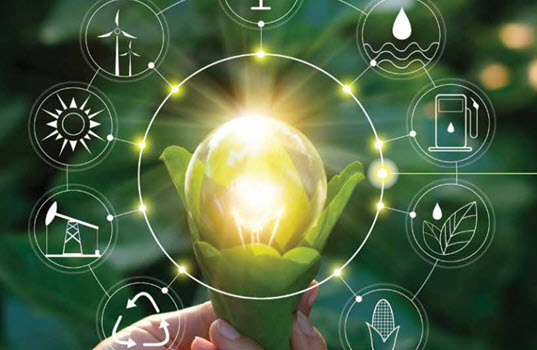 One perception during the campaign was that a Biden presidency would be an extension of the Obama Administration in many areas, including energy policy. While the Biden Administration is still in its infancy (and much may change between when this article is written and read) that certainly seems to be the case. If anything, Biden’s carbon reduction policies may be even more aggressive.

“Climate change is going to be the overwhelming issue that’s going to impact our industry,” said Paige Anderson, NACS director of government relations, during a recent Convenience Matters podcast. “From a fuels perspective yes, but you’re also really going to see an aggressive greening of all sorts of policy initiatives…from statements to executive orders to regulatory action—and it’s going to start the first day.”

So far, that assessment is spot on.

The Trump Administration promoted an “all of the above” energy policy. In practice, it deemphasized alternative energy and worked to maximize U.S. energy independence driven by domestic fracking. The Biden Administration is pursuing a carbon-reduction first policy, that focuses on the other end of the fuels spectrum.

Candidate Biden promised a $2 trillion federal green energy push, largely centrally managed and directed at working toward a carbon-neutral environment by 2050. After the trillions spent addressing COVID-19, that might be an ambitious goal even with Democratic contaol of the legislative branch.

Biden tapped former Michigan Gov. Jennifer Granholm to run the Department of Energy. She is another Obama-era clean energy advocate with ties to electric vehicles and the auto industry.

Michael Regan, North Carolina’s environment secretary and a former EPA official, has been confirmed EPA director. He has a background with the Environmental Defense Fund. Dan Utech, EPA’s incoming chief of staff has stated: “EPA will be at the heart of President Biden’s commitment to protect public health and the environment while building a clean energy future that creates good paying jobs. We will be guided by science as we work together to achieve these goals on behalf of all Americans.”

Here are the key elements of the proposed Biden energy policy from the campaign, with some commentary on current actions by the administration to fulfill those goals. Normally, campaign promises can be taken with a grain of salt. However, it is already apparent that the Biden Administration will be prioritizing carbon reduction during his term.

The Trump Administration had rolled back Obama-era fuel standards that would have required a 46.7 miles-per-gallon fleet average for passenger cars and light trucks by 2025, to an average of 40.4 miles per gallon by 2026. EPA and the National Highway Traffic Safety Administration (NHTSA) also revoked a California waiver dating back to the 1970 Clean Air Act that has uniquely allowed California to set its own pollution regulations, which functionally gives California a backdoor ability to dictate federal standards because of its market size.

The auto industry has been on both sides of the fence over the standards, though automakers currently seem to support the Biden initiatives. While they will likely add cost, that can be passed along to consumers. If carbon reduction is pursued even more aggressively in California and internationally, getting on board provides for a more unified market approach and potentially long-term stability for business planning.

The methane regulations and oil and gas leasing restrictions provide a mechanism to stunt domestic oil and gas production, particularly through fracking, in addition to any environmental perspectives. Biden’s position on fracking was fluid during the campaign. A fracking ban, though desired by the far-left elements of the party, was most certainly not realistic. Having fracking highly regulated and making oil and gas more costly reduces market advantages relative to alternatives.

Biden has also declared he would cut off subsidies for fossil fuels, which, some environmentalists say, inject roughly $20 billion into the industry annually.

Work with Congress to enact 2021 legislation that puts the U.S. on an irreversible path to achieve economy-wide net-zero emissions no later than 2050. The legislation must require polluters to bear the full cost of the carbon pollution they are emitting.

Rally the world to urgent and additional action. This centers on COP 21, the “Paris Agreement,” that was adopted by 196 parties in 2015 and entered into force in 2016. The Obama Administration was an active supporter and adopter of the Paris Agreement (COP21). However, it was not ratified as a treaty in the Senate. The Trump Administration formally withdrew from the pact in 2019.

The accord calls for limiting the global average temperature rise in this century to well below two degrees Celsius. The goal is ambitious and will impact daily life in numerous (and likely not always appreciated) ways. The general progression will see coal on the chopping block first, followed by oil. Even natural gas is primarily seen as being a stopgap.

Trump’s rationale for pulling out of the agreement centered on an anticipated loss of nearly three million jobs and a negative $3 trillion in GDP loss. Further, the Trump Administration noted that the Western nations—the U.S. at the forefront—would be the hardest hit, while China and India would face a more relaxed implementation. What’s more, the developed nations would significantly subsidize the climate programs of underdeveloped nations.

As promised during the campaign, on “Day 1” the Biden Administration recommitted to COP21. After signing the executive order, Biden tweeted: “After taking the oath of office this afternoon, I got right to work taking action to: Control the pandemic, provide economic relief, tackle climate change, advance racial equity.” He followed that with, “We’re back in the Paris Climate Agreement.”

As an “executive agreement” the Biden Administration has some authority to pursue the accord commitments, but there are limits as well compared to a treaty. Biden has the power to direct the EPA and other federal agencies toward those goals and to influence policy commitments and legislative initiatives more broadly to meet the agreement’s requirements.

The administration promised to “not allow other nations, including China, to game the system by becoming destination economies for polluters, undermining our climate efforts and exploiting American workers and businesses.”

Former senator and secretary of state (and strong carbon reduction proponent) John Kerry has accepted a role as “climate czar,” a new position on the National Security Council that reports directly to President Biden. He will be at the forefront of the international climate efforts.

Accelerate the deployment of clean technology throughout the economy. To achieve aggressive emissions reductions, the Biden Administration will set a target of reducing the carbon footprint of the U.S. building stock 50% by 2035, creating incentives for deep retrofits that combine appliance electrification, efficiency and on-site clean power generation.

Part of this is a commitment to deploy more than 500,000 new public charging outlets by the end of 2030. Just where these stations will be deployed and how they will be subsidized is a legislative priority for NACS.

“[Top issues include] the electrification of our transportation system, making sure convenience stores can offer EV charging to customers on an even playing field, having the same access to incentive programs and making sure that the government is not picking winners and losers on who is going to provide electric charging to consumers,” Anderson said.

Hold polluters accountable. Public companies will be required to disclose climate-related financial risks and the greenhouse gas emissions in their operations and supply chains. The administration will work in its first year to enact legislation requiring polluters to bear the full cost of their climate pollution. Biden will also direct his EPA and Justice Department to pursue these cases to the fullest extent permitted by law and, when needed, seek additional legislation to hold corporate executives personally accountable—including jail time when merited.

It is noteworthy that National Climate Adviser McCarthy worked at Pegasus Capital Advisors between administrations where she was involved with “sustainability and wellness” in investments. Her background would seemingly be a solid fit for this aspect of the administration’s energy policy.

Create 10 million union jobs. American workers should build American infrastructure and manufacture all the materials that go into it, and all these workers must have the option to join a union and collectively bargain. The Biden Administration will ensure his infrastructure legislation incorporates labor provisions so federal investments create millions of middle-class jobs, benefiting workers across industries.

The Biden Administration got off to a rocky start in that area when it rescinded authorization for the Keystone Pipeline. This saw significant backlash from the unions over the potential loss of up to 10,000 jobs.

However, labor secretary (and former Boston mayor) Marty Walsh, has strong union ties and will most certainly encourage unionization as policy. “Marty understands, like I do, that the middle class built this country, and unions built the middle class,” Biden said. “He sees how union workers have been holding this country together during this crisis.”

Fulfill our obligation to the communities and workers that have produced the fossil fuels that made it possible for America to become an industrial power. As coal is phased out, the Biden Administration will establish a task force to help these communities access federal investments and leverage private sector investments to help create high-paying union jobs based upon the unique assets of each community, partner with unions and community colleges to create training opportunities for these new jobs, repair infrastructure, keep public employees like firefighters and teachers on the payroll and keep local hospitals open.

FMN will regularly report on new developments within the Biden Administration regarding energy policy. The most aggressive initiatives that would require legislative action might be stunted, given the close margins in both the House and Senate, but it’s reasonable to expect that 2021 will be a busy year. 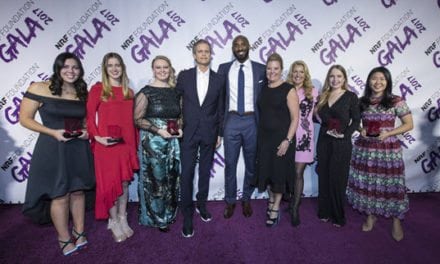