The Energy Information Administration (EIA) released its weekly data on diesel and gasoline retail prices for the week ended April 9, 2018. Overall, gasoline and diesel prices were stable, with marginal easing of gasoline prices and a fractional increase in diesel prices. Price movements varied from PADD to PADD. At the national average level, gasoline prices decreased by 0.6 cents/gallon. Diesel prices rose by 0.1 cents per gallon.

During the prior week ended March 30, WTI crude prices dropped by $0.96/b, and WTI ended the week at $64.94/b. Product prices continued to climb nonetheless. The week ended April 9 brought a major drop of $2.85/b in WTI crude prices, which brought WTI prices to a weekly close of $62.06/b. This finally halted the upward movement in gasoline and diesel prices. As of the time of this writing, however, WTI futures crude prices have recovered to approximately $63.50/b, which may cause a resumption in the upward movement of product prices.

US crude inventories were drawn down by 4.617 million barrels (mmbbls) during the week ended March 30th.Gasoline inventories fell by 1.116 mmbbls. Diesel inventories rose by 0.537 mmbbls.

In the Midwest PADD 2 market, retail diesel prices decreased by 0.5 cents to average $2.957/gallon. Prices were 44.2 cents/gallon above their level for the same week last year.

In the Gulf Coast PADD 3, retail diesel prices decreased by 0.7 cents to average $2.844/gallon. This price was 39.8 cents higher than for the same week in the previous year.

In the Rocky Mountains PADD 4 market, retail diesel prices surged 4.2 cents to average $3.086/gallon. PADD 4 prices were 44.6 cents higher than in the prior year.

In the West Coast PADD 5 market, retail diesel prices increased by 1.32 cents to average $3.50/gallon. This price was 63.8 cents above its level from last year. Prices excluding California rose by 2.4 cents to average $3.226/gallon, which was 45.4 cents above the retail price for the same week last year. California diesel prices edged up by 0.3 cents to arrive at an average price of $3.717/gallon. This price was 78.2 cents higher than last year’s price. Until January, PADD 5 had been the only PADD to have diesel prices above $3 per gallon. Prices around the country climbed until the national retail average exceeded the $3/gallon mark as of the week ended January 15. Product prices then followed crude prices down subsided as crude oil prices fell in the middle of the first quarter. They followed crude prices back up in mid- to late-March, and they have eased slightly in response to the recent relaxation of crude prices. 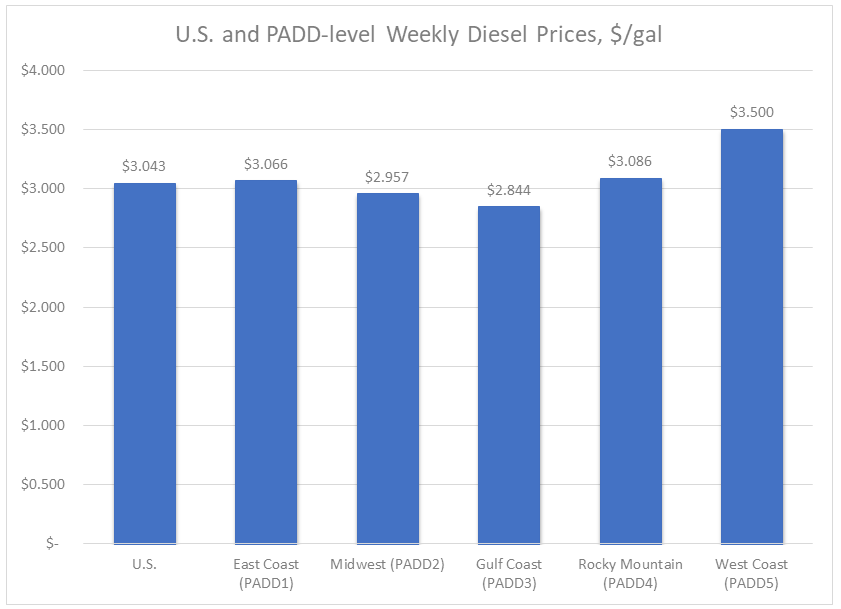 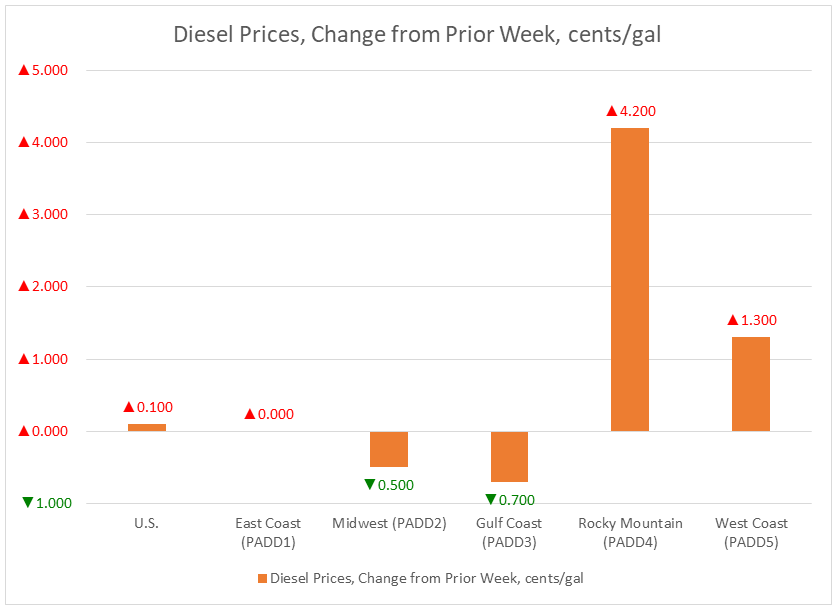 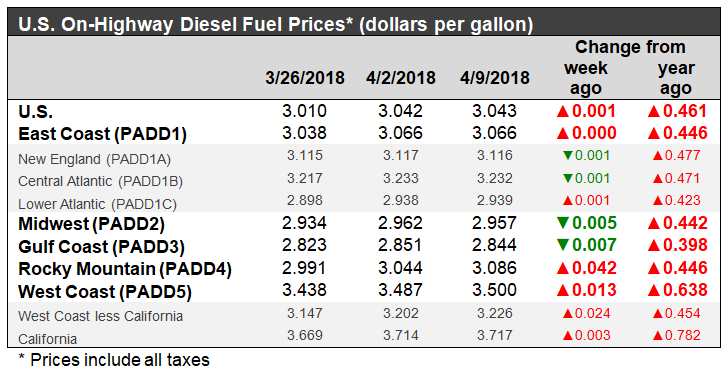 For the current week ended April 9th, East Coast PADD 1 retail prices for gasoline decreased by 0.9 cents to $2.638/gallon. The average price was 26.4 cents higher than last year’s price. Within PADD 1, prices increased by 0.4 cents in New England to an average of $2.642/gallon. Central Atlantic market prices remained unchanged at $2.744/gallon. Prices in the Lower Atlantic market dropped by 1.9 cents, to an average price of $2.558/gallon. This was 24.0 cents higher than last year’s average price for the same week.

In the Midwest PADD 2 market, retail gasoline prices fell by 1.5 cents to arrive at an average price of $2.550/gallon. Gasoline pump prices were 18.9 cents higher than they were one year ago.

In the Gulf Coast PADD 3 market, gasoline prices decreased by 0.5 cents to average $2.423/gallon. PADD 3 continues to have the lowest average prices among the PADDs. Prices for the week were 23.1 cents higher than for the same week in 2017. 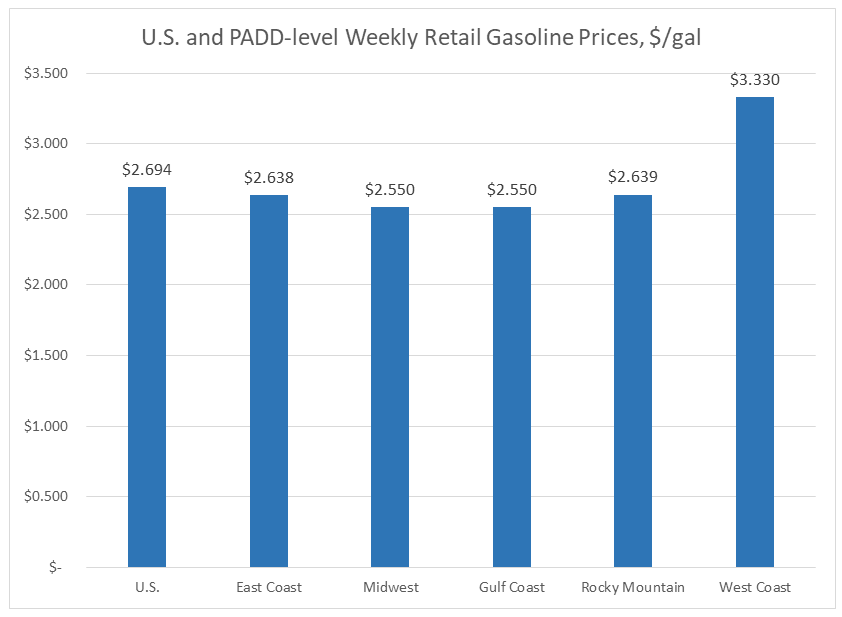 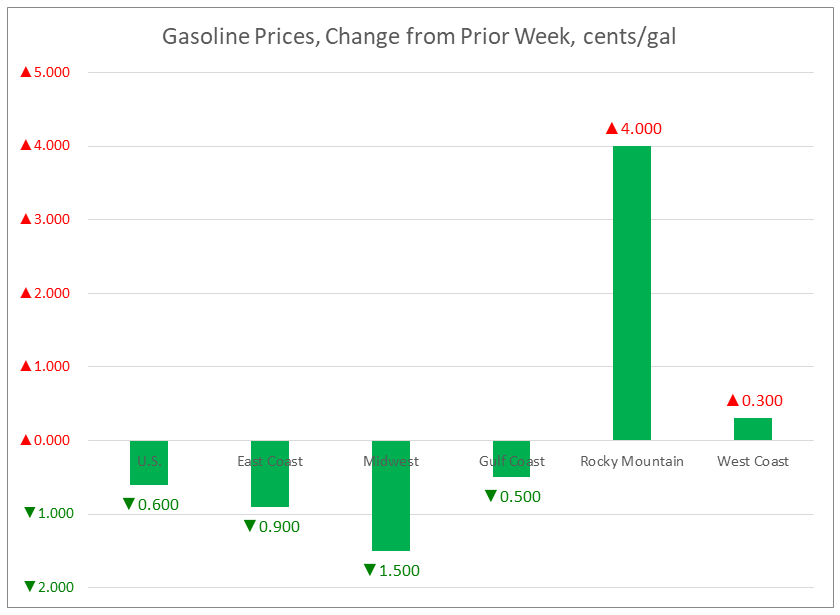 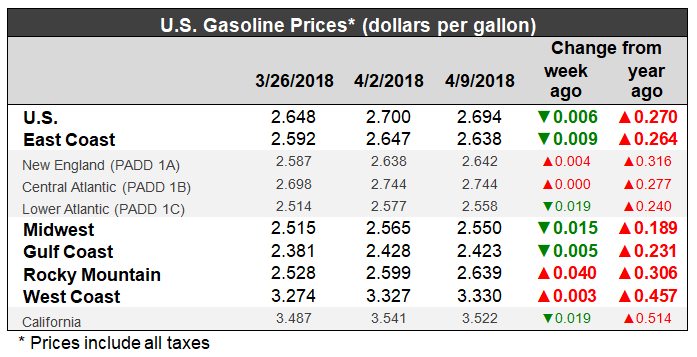 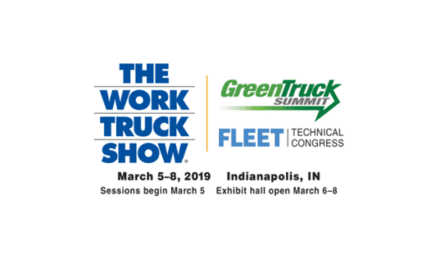 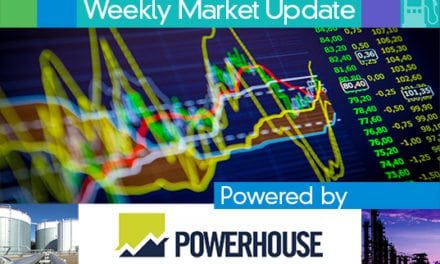 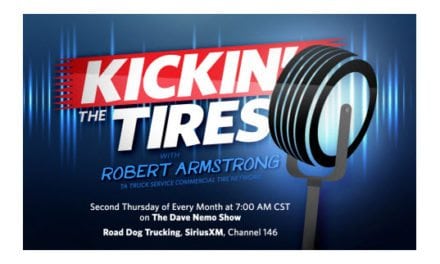