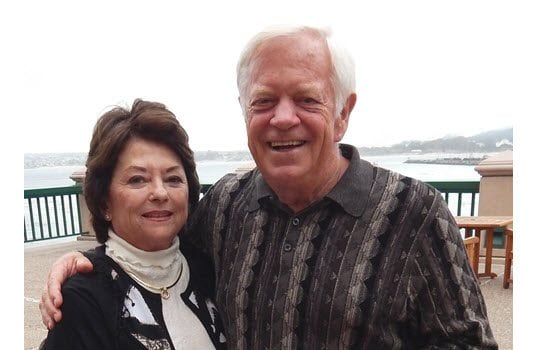 (Photo: Carl and Carole Boyett, from his charitable site www.makedreamsrealgolf.com)

Carl Boyett, CEO of Boyett Petroleum, former SIGMA president (and active industry leader in many facets), and a philanthropic community leader unexpectedly passed away on November 8. An announcement of his passing was made during the SIGMA Annual Convention that just concluded. FMN Publisher Gary Bevers attended the meeting and offers his condolences and remembrances and recounts those from some of Carl’s friends.

Gary Bevers: I’ve known Carl Boyett for 16 years through my association with SIGMA. On the surface he seemed to me to be a really nice guy who lived life on his terms, was pretty free spirited and liked to wear shorts anytime he could. I know through talking with his son Dale that he was a good father, and from his wife Carole that he was a good husband. From his employees I learned he was a fair man and a good boss. And from talking with Carl over the years, I found out his California beach boy persona belied a tough competitor and businessman. Carl’s easy going demeanor and his leadership will be missed at the SIGMA meetings—and as Tom Dwelle commented: “I just keep expecting to see him show up any minute now and walk into the room.” Personally, I think Tom and others will continue to feel like that for years to come.

Tom Gresham, Double Quick, Inc. and SIGMA President: “He became a great mentor to me when I joined SIGMA. He was President when I attended my first board meeting and I found that he had a calming influence. He always wanted everyone to be included. Carl was a free spirited, fun, competitive—really just a great guy. He left his mark on our industry… he will definitely be missed.”

Jeff LeBeouf, E.R. Vine & Sons: “Carl was a strong competitor and a dear friend of mine in the industry.”

Nick Dombalis, Phillips 66: “What a great man. He was one of a kind. He was my golfing buddy… he was my friend. He will be missed by our industry, his community and his family.”

Mike Williams, Williams Tank Lines: “He was one of a kind—a kind man.”

Tom Dwelle, Flyers Energy LLC: “You know I lost 38 of my squadron brothers the first year flying combat missions in Vietnam. And now, I lost another brother this week. He was my partner and my friend.”

Tom Schmidt, U.S. Venture, Inc.: “Some words to describe Carl. Humility. He would talk to anyone and always made you feel wanted. Charitable. Carl loved doing things for others. Free spirit. He loved being active. Who else would jump out of an airplane on their 70th birthday? Organized and focused. He knew what he wanted to accomplish and was diligent at making it happen. Family man. Carl was always concerned about Carole, Dale, nieces, nephews and grandchildren. Carl was just a great person and friend. I was one of the fortunate people that had the privilege of knowing him. He will be missed!”

It is with tremendous sadness we announce the loss of the adventure-spirited Carl Stanton Boyett, 70, who died in Modesto, California, on November 8, 2015. Carl Boyett was born on July 16, 1945 in Stockton, California, to Stanton and Carol Boyett and served as the CEO of Modesto, California-based Boyett Petroleum, a family owned and operated company, which just celebrated its 75th Anniversary. He was known for his strong family values, honest business practices, and active community involvement. Carl was an inspirational, generous leader in all aspects of life and cared deeply for his family, friends, employees, colleagues, and his community.
To say Carl lived life to the fullest is an understatement. He had many passions in life from flying, skiing, golfing, rafting, traveling, and most recently sky diving and zip lining on his 70th birthday. Carl enjoyed attending San Francisco 49ers and San Francisco Giants games, where he has been a season ticket holder since 1980. However, his deepest passion was his family, all of whom survive him—his wife Carole of 30 years, his son Dale Boyett of Modesto, California who serves as the President of Boyett Petroleum, daughter Shaunna Stoddard (Jeff) of Boise, Idaho, grandchildren Cole, Reese, Bryce, Heather, Amanda (Nathan), Sara and Hanna, and great grandchildren Indianna, Tyler, Gavin, and Chase. Carl is predeceased by his parents, Stanton and Carol Boyett.
Carl attended Downey High School, Modesto Junior College, and California State University Stanislaus. He received his MBA from Pepperdine University in 1977. Carl attended the U.S. Coast Guard Academy then served in the Army with a tour of duty in Vietnam. In 1970, Carl joined Boyett Petroleum and became the CEO in 2004. With his son Dale and team of employees, Carl led the Company to grow the wholesale distribution segment of the business to supply over 500 fuel stations in California and Nevada offering customers brands such as Valero, 76, ARCO, and Shell, also offering petroleum and retail service programs. Currently, Boyett Petroleum is the largest branded Valero distributer in the West. Boyett Petroleum also supplies agriculture and commercial customers with petroleum products.
Besides its wholesale business, the company has an ownership interest in over 40 retail sites it operates throughout California under the names “CRUISERS” and “Kwik Serv.” Additionally, the Company has a rapidly growing fleet card business utilizing the Voyager network platform to offer its CruiseAmericard.
Boyett Petroleum recognizes that its success as a business would not be possible without the support of the community. Through Carl’s vision, the Boyett family, Boyett Petroleum, and many of their employees have become stewards in the community by taking an active role in multiple organizations and causes. Notably, the Boyett family created the “Make Dreams Real Endowment Fund” in 2009 that funds opportunities for children in the local community to explore and extend their education. Grants from this fund support children and student programs focused on the arts and education. Each year 100% of the funds raised through the invitational golf tournament and donations are added to the “Make Dreams Real Endowment Fund” and 10% of the Fund is spent on local youth programs. With a strong leadership team in place at Boyett Petroleum, Carl was able to focus on Make Dreams Real in recent years. Just recently, Carl was able to double his endowment goal of $1,000,000 by 2016, reaching over $2,000,000 this year.
Carl was the recipient of numerous awards, including Rotary Gift to the World Award (2015), Modesto Chamber of Commerce – Robert J. Cardoza – Citizen of the Year Award (2014), Center for Human Services – Children First – Distinguished Leadership Award (2013), Association of Fund Raising Professionals Philanthropist of the Year (2007), Champion of the American Dream Award (2003), Rotary Distinguished Community Service Award (2003-2004), CSU Stanislaus Business Leader of the Year (2001-2002). He also served on numerous industry boards, including the Society of Independent Gasoline Marketers of America (1998-Present), Petroleum Marketers of America (1970-Present), California Independent Oil Marketers Association (1970-Present), National Association of Convenience Stores (2000-Present), California Energy Commission, and California Arco Distributors (1981-1983).
Lastly, Carl has served on and chaired several community boards including the Gallo Center for the Arts (2007-2014; Chairman 2011-2013), CSU Stanislaus Foundation (2000-2005), Stanislaus County Credit Bureau Foundation (Past President 2004-2006), Modesto Symphony Orchestra (Past President 2001-2003), Stanislaus President’s Club (Past President 2001), Credit Bureau of Stanislaus County (Past President 1998-1999), Modesto Sunrise Rotary (Past President 1988-1989 and current member) with 22 years perfect attendance and 17 Paul Harris Fellows, and Modesto Jaycees (Past President 1972-1973).
Carl may have left this world, but there is no doubt that his legacy and spirit will endure.
A Celebration of Life will be held at The Gallo Center for the Arts in Modesto, California on Thursday, November 19th, promptly at 3:00 p.m., followed by a reception in the lobby from 4:00 to 5:30 p.m.
Funeral arrangements have been entrusted to Franklin & Downs Funeral Home (McHenry Chapel).
In lieu of flowers, donations in memory of Carl Boyett can be made to Make Dreams Real Endowment Fund at www.makedreamsrealgolf.com or The Gallo Center for the Arts at www.galloarts.org.

EIA: Heating Oil and Propane Prices Are Lower This Winter 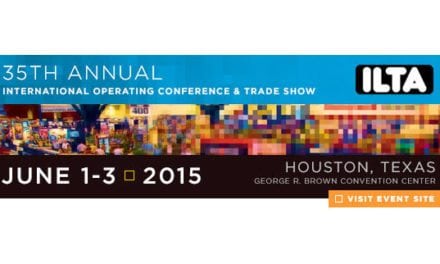