Inventories of distillate fuel oil ticked up during the week ending November 6th. This was the first increase in U.S. stocks in the seven weeks since September 18, 2015. And with refinery utilization growing as facilities return from fall turn-around, stocks should continue to add to supply, especially with a below-average heating degree day accumulation. Moreover, the global surplus of distillates has backed up exports, adding to bearish pressure on price.

All of this plays into the bearish outlook for oils that has characterized the market this year. EIA has projected crude oil prices below $60 for 2016, despite EIA expectations of lower non-OPEC oil output and growth in world-wide demand.

The Energy Information Administration expects North American oil production to ease next year. The United States is projected to experience a drop of 500,000 barrels per day. More broadly, non-OPEC production is forecast to see a 300,000 barrels daily decline in 2016. This would be the first annual drop among non-OPEC producers since 2008.

Gains in production should be led by the return of Iran to the market. Overall, OPEC should add 200,000 more barrels per day to world balances in 2016.

The International Energy Agency (IEA) estimates global oil supplies at three billion barrels – a record. IEA sees non-OPEC supply as more resilient than does the EIA, reflecting Russian production “at a post-Soviet record and likely to remain robust in 2016 as well.”

Consumption is expected to increase by about 1.4 million barrels daily globally in 2015 followed by another 1.4 million barrels per day next year. China will continue to be a main driver of demand growth despite a slowing economy in that country. Iran may also show gains in consumption in 2016 assuming the Joint Comprehensive Plan of Action between Iran and the five permanent members of the U.N. Security council plus Germany (P5+1) moves forward. A bearish 2016 seems most likely with more than enough supply to resist either unplanned supply disruptions or growing demand.

Supply/demand data in the United States for the week ending November 06, 2015 were released by the Energy Information Administration.

Refineries used 89.5 per cent of capacity, an increase of 0.8 percentage points from the previous report week.

Distillate fuel oil supply increased 0.4 million barrels. National demand was reported at 3.813 million barrels per day during the report week. This was a weekly decrease of 193,000 barrels daily.

Working gas climbed to exceed the record high of 3,929 Bcf reported for the week ending November 2, 2012, and last week ending October 30, 2015. Working gas stocks appear poised to establish an all-time record high in next week’s storage report if working gas stocks increase during the coming week, as typically occurs in early November. This year’s high injections have been driven by builds in the Producing region, particularly in the Producing salt region, which had never been higher than 332 Bcf before this year.

Last week’s Market Update noted that the recent $1.984 could represent a low for natural prices this season. Despite continuing growth in underground storage, prices have not nearly challenged that low. Expiration of the November natural gas futures contract left a gap of nearly $0.27 as the December contract became spot. Prices have since traded in a range, offering little guidance for natural gas’s next direction.

Copyright © 2015 Powerhouse, All rights reserved.
You are receiving this e-mail as a friend of Powerhouse 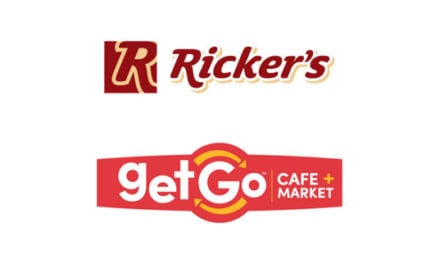