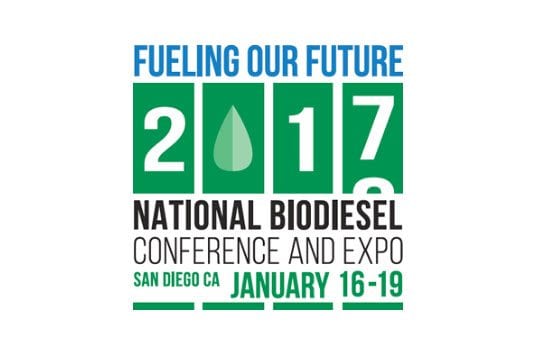 The biodiesel industry saw record market growth in 2016, and this year’s National Biodiesel Board (NBB) industry awards highlight champions who have had a major impact on the use of biodiesel. Clean air champions, policy drivers, fleet vehicle influencers and lifetime biodiesel advocates were all honored this week during the National Biodiesel Conference and Expo.

“The biodiesel industry has seen record growth over the last decade, which means the fuel is reaching more markets than ever before,” said Kent Engelbrecht, Chairman of the National Biodiesel Board. “As we continue to grow, it becomes increasingly important that we tell our industry’s story of being an American-made, clean-burning, advanced biofuel. We are proud to recognize these individuals and organizations for going above and beyond to advance this industry that benefits American consumers so much.”

NBB recognizes the 2017 “Eye on Biodiesel” award winners this week. The honorees are:

Climate Leader Award—Costa Constantinides—New York City Council Member
New York City has been a leader on biodiesel and clean air issues, taking a giant leap forward in 2016. In September, the New York City Council voted overwhelmingly to pass INT. 642-A, led by Council Member Costa Constantinides, that creates a fuel standard for heating oil that includes increasing amounts of biodiesel over time. The measure grows the amount of biodiesel in heating oil in the city from the current 2% level to 5% October 1, 2017. The blend level then moves to 10% in 2025, 15% in 2030 and 20% in 2034.

Constantinides has long been a champion of improving air quality in the city, and recognizes policies that reduce the fossil fuel content of heating oil and increase the use of cleaner-burning, renewable energy that will pay dividends from a health perspective. Constantinides represents the New York City Council’s 22nd District, and serves as the Chair of the City Council’s Environmental Protection Committee.

It is estimated that the increase from a 2% biodiesel blend to a 5% blend in the city would reduce the emissions equivalent to taking 45,000 cars off the road, with the increase to 20% the equivalent of removing more than a quarter of a million cars.

National Energy Leadership Award—Governor Terry Branstad
The state of Iowa is a national leader in clean energy production and is the number one biodiesel producing state in the country, thanks in large part to strong leadership within the state. Last year saw a host of new and renewed policies supporting the biodiesel industry in Iowa. In 2016, Governor Branstad rallied support for and signed legislation that extended the Biodiesel Production Credit through 2024, extended and expanded the Biodiesel Promotion Retail Tax Credit, also through 2024, and secured another year of funding for the state’s successful biodiesel and ethanol blender pump program, the Renewable Fuels Infrastructure Program. All of this will keep Iowa at the forefront of biodiesel production and use, driving growth in rural economies, economic development and cleaner air for Iowans.

Additionally, the governor has provided critical national leadership through his service on the Governor’s Biofuels Coalition. These efforts have a major impact on the national energy landscape as more American-made, environmentally friendly, advanced biofuels like biodiesel make their way into the marketplace.

Industry Partnership Award—The Illinois Soybean Association Checkoff Program and the American Lung Association in Illinois for the B20 Club
Together, the two organizations have created a unique and impactful program in Illinois called the B20 Club. This program is focused on raising the profile of exemplary fleets that use B20 in any type of diesel engine. Members range from municipalities to school buses to over-the-road trucking companies. Sharing their success stories with other fleet managers and decision makers has had a significant impact on those who have been hesitant to use B20 for reasons ranging from economics to engine warranty questions. The B20 Club showcases real stories of how, when, and why members began using B20, what their experiences have been since the switch, and provides peer support for fleet managers and other decision makers who are considering B20 for their own fleets. The efforts of the club have provided confidence in biodiesel and a platform for showcasing successful biodiesel user stories in the media, to decision makers and the general public.

Ronald “Ron” Flowers is the Executive Director of the Greater Washington, D.C. Region Clean Cities Coalition, a post he has held since 2010. To the biodiesel industry, Ron is a well-connected and respected voice of wisdom with more than 45 years of service in the public and private sector. Ron has worked closely with the National Biodiesel Board as well as the National Biodiesel Foundation, resulting in the use of thousands of gallons of B20 blends. His knowledge of fuels and fleets was instrumental in transforming the nation’s capital region from a community of biodiesel naysayers to biodiesel believers. He has been instrumental in the D.C. government, Smithsonian Institution, American University and many others switching to biodiesel. With Ron at their side, many of these fleet staff not only switched their own fleets, but also became champions of biodiesel who mentor their peers to join them in reducing America’s dependence on foreign oil and improving air quality with biodiesel. 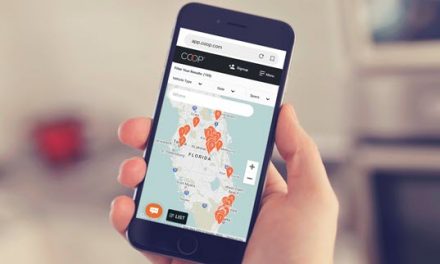 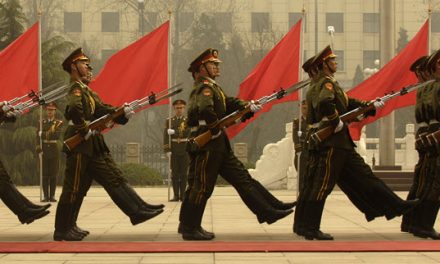 How Bad Can it Get in China? 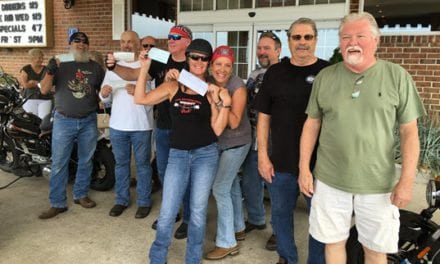