WTI crude oil futures have been moving higher despite domestic production of more than eleven million barrels daily. There is a difference between production and availability at consumption locations like refineries or export facilities that could explain why.

Much of the new American production is in Texas’ Permian Basin. The Basin now produces more than 3.4 million barrels daily. Output has doubled in the past three years but supporting infrastructure development has lagged.

Existing regional pipelines are full. Some producers have taken to using trucks and rail cars as supplemental haulage, adding to costs. Others have chosen to defer new development, artificially limiting supply. Other support shortages are hitting labor, water, and even sand. Many wells are being left drilled but uncompleted. EIA reports that 3,630 uncompleted Permian wells in August represents an 80 per cent increase year-on-year.

Without such constraints, one engineering firm has estimated, Permian production could be 4.1 million barrels per day in 2019. As it is, output could be 3.9 million barrels daily, a significant shortfall.

Limited availability of U.S. crude oil comes at a time when OPEC seems unlikely to provide any substantial increments of crude. OPEC officials are skeptical that the group would be able to make up losses. The skepticism reflects both engineering probabilities and political will. Either way, adding to OPEC production would bring the cartel’s capabilities closer to productive crude oil capacity and its bullish implications.

Uncertainties are rife: No one is sure how great the possibilities of lost output might be in places like Iran, Venezuela, Libya or Nigeria. If Iran had to discontinue all exports of 2.7 million daily barrels and Libya lost 600,000 barrels per day – as it did in June, a ten per cent increase would be needed as an offset.

Some analysts now think, given possibilities of substantial supply shortfalls, that crude oil could revisit $100 per barrel. This level has not been seen since July, 2014. This would also be nearly a perfect 61.8 per cent retracement of the drop from $147 in WTI crude oil from July, 2008.

Supply/demand data in the United States for the week ending September 28, 2018 were released by the Energy Information Administration.

Domestic crude oil production was unchanged from the previous report week at 11.1 million barrels per day.

Refineries used 90.4 per cent of capacity, unchanged from the previous report week.

Spot natural gas futures have languished below $3.00 for most of 2018. Spot futures were worth $2.75 on September 14th. By October 3rd, spot prices reached $3.26 – a 13 session gain of 51 cents. There was no obvious reason for such a gain and some observers expressed disdain for the increase, doubling down on shorts. They listed fundamentals like low natural gas to coal spreads or a below EIA End of Season Index as being insufficient indicators for the rally.

As a trading matter, looking for rationale in an emotionally driven market is frustrating at best and unproductive at least. Analyses that consider the role of emotion in pricing turned bullish. Elliott Wave charts now point higher, with prices moving potentially to $3.50. 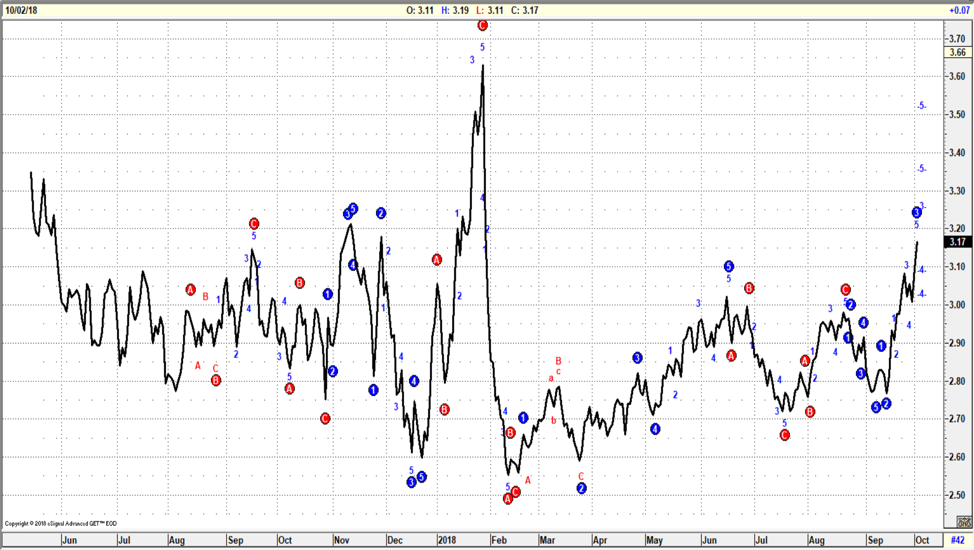 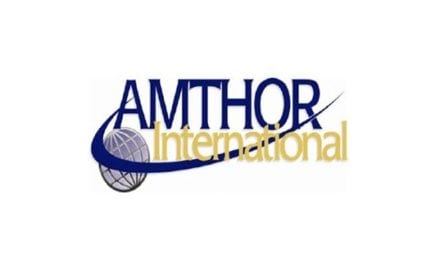 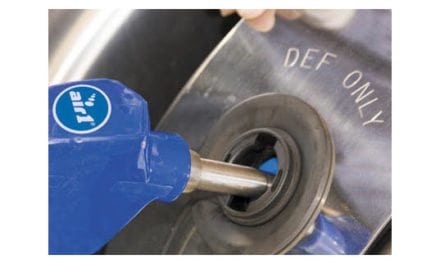