Table covers crude oil and principal products. Other products, including residual fuel oil and “other oils” are not shown, and changes in the stocks of these products are reflected in “Total Petroleum Products.”
Statistics Source: Energy Information Administration “Weekly Petroleum Status Report” available at www.eia.doe.gov

The U.S. Petroleum Balance Sheet for the week ending October 9th showed how powerfully bearish the current slate of refinery turnarounds has become.

There is a global supply glut as well. The International Energy Agency expects demand to fall from a five-year high but major OPEC members will continue to produce near record levels.

WTI crude oil fell to $45.23 after release of the Report. If one thing becomes clearer, it is that the “lower for longer” thesis of lower crude oil prices in the weeks ahead is well on its way to fruition. It may not be too much to say that the crude oil supply situation has driven a stake through the heart of the crude price bulls.

The early October rally that reached $50.92 became an invitation for producers to establish short hedges for the first time since mid-July. WTI crude oil futures dated December, 2016 doubled daily volume in the week ending October 9th compared with the average of the prior four weeks. Industry executives asserted that this was the “biggest wave of hedging since August.”

This represents an emerging truth about crude oil prices in the shale revolution age. A market-determined price band may become the new normal, selling into higher prices and cutting output at lower levels. A rally invites hedging. Hedging, of course, provides countervailing short side selling. Hedging should start somewhere above break-even prices.

Hedging means that the hedged producer needs no further price incentive. The driller can produce oil and gas even in a low price environment, adding to supply. Efficiency adds to the bull’s problems. Breakeven prices have been put at roughly $50. A year ago, breakeven was said to be $70.

Supply/demand data in the United States for the week ending October 9, 2015 were released by the Energy Information Administration.

Refineries used 86.5 per cent of capacity, a decrease of 1.5 percentage points from the previous report week.

Distillate fuel oil supply decreased 1.5 million barrels. National demand was reported at 3.618 million barrels per day during the report week. This was a weekly decrease of 573,000 barrels daily.

Total supply fell by 0.2% this week, with a 0.9% decrease in dry production leading the decline, according to data from Bentek Energy. Although dry production declined, it is still 2.7% greater than the year-ago level.

Week-over-week consumption rose by 1.1%. Residential/ commercial and industrial consumption fell by 6.5% and 0.8%, respectively, while consumption of natural gas for power generation (power burn) rose 7.5%. Although seasonal demand is relatively low in early fall, power burn has been very high this year; in October, power burn averaged 25.2 Bcf/d, which is 25% more than the average of the previous five years. Several factors have contributed to the rise in power burn, including lower natural gas prices and coal retirements.

Futures trading involves significant risk and is not suitable for everyone. Transactions in securities futures, commodity and index futures and options on future markets carry a high degree of risk. The amount of initial margin is small relative to the value of the futures contract, meaning that transactions are heavily “leveraged”. A relatively small market movement will have a proportionately larger impact on the funds you have deposited or will have to deposit: this may work against you as well as for you. You may sustain a total loss of initial margin funds and any additional funds deposited with the clearing firm to maintain your position. If the market moves against your position or margin levels are increased, you may be called upon to pay substantial additional funds on short notice to maintain your position. If you fail to comply with a request for additional funds within the time prescribed, your position may be liquidated at a loss and you will be liable for any resulting deficit. Past performance may not be indicative of future results. This is not an offer to invest in any investment program.Vol. PH 04 NO. 41

Was this memo helpful?  We’d like your feedback. Please respond to alan@powerhouseTL.com Copyright © 2015 Powerhouse, All rights reserved. 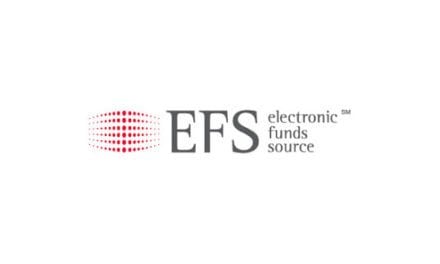