The massive interference in the petroleum distribution system caused by successive hurricanes this autumn appear now to be abating. Data from the EIA for the week ending November 10, 2017 showed increases in total stocks of 2.8 million barrels of crude oil and products.  Propane was the only exception, with inventories falling 2.5 million barrels for the week.

Similarly, refinery utilization dropped to 79.7 percent of capacity as September opened. It has since recovered, recording a rate of 91.0 per cent during the report week. The May, 2017 rate of 95 per cent lies ahead, subject of course, to normal seasonal use swings.

Normal seasonal swings may return to oil markets now, as gasoline prices soften going into winter. Winter gasoline crack spreads are moving lower. January gas cracks topped out at $19 on November 10. They have since weakened further, losing nearly two dollars in the next few sessions. We should expect further gas crack spread weakness as refining facilities return to use.

Early in 2018, seasonal factors should re-assert themselves. Crude unit turnarounds are planned to occur. Crude oil should back up as fewer barrels are run to distillation units and gasoline prices should reflect tightening supply. Gasoline retailers may experience tightening margins. They could be offset, perhaps, by hedging with gas cracks.

Another reason for tight supplies relates to exports. During the report week, the United States exported 6.1 million barrels daily, a weekly increase of 288,000 barrels per day. Almost all of the increased outflow was crude oil. It is notable that the U.S. has allowed exports of crude oil only since December 2015. As our export capability improves, greater send-out should occur, bring U.S. crude oil prices closer in line with other global crude oils.

Supply/demand data in the United States for the week ending November 10, 2017 were released by the Energy Information Administration.

Refineries used 91.0 per cent of capacity, an increase of 1.4 percentage points from the previous report week.

The first net withdrawals of the 2017–18 heating season were reported for the Lower 48 states. Net withdrawals from storage totaled 18 Bcf, compared with the five-year (2012–16) average net injection of 12 Bcf and last year’s net injections of 34 Bcf during the same week. Increased consumption—primarily in the residential/commercial and electric power sectors—resulted in the withdrawals from storage, as colder temperatures moved deeper into the Lower 48 states. Working gas stocks total 3,772 Bcf, which is 101 Bcf less than the five-year average and 271 Bcf less than last year at this time. This deficit is the largest to the five-year average since it totaled 102 Bcf for the report week ending April 17, 2015.

Last week, Powerhouse discussed the gap in natural gas prices. A five-cent gap opened on Monday, October 6 and measured an objective around $3.32. There was little to sustain that view, however. There was a withdrawal of supplies from storage of 18 Bcf in EIA’s report for the week ending November 10. Nonetheless, natural gas prices fell and started to fill the gap.

Further weakness could fill the gap at $2.984. This would be a critical point, potentially inviting new buying as the start of an Elliott third wave. Should this fail, a lower objective of $2.50 could take its place. 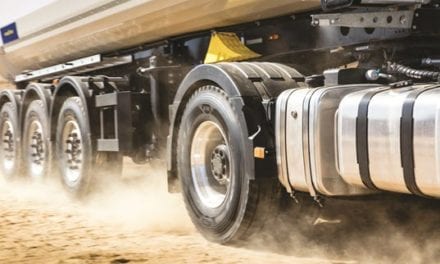