Market chatter about American energy independence may be in the rear-view mirror. The impact of fracking on secure domestic supply, the growth of exports and the implications of easing regulations on drilling are raising the possibility that the United States could be on its way to commanding global energy markets.

Growing efficiencies in fracturing have caused analysts to rethink expectations of ultimate crude oil available in the United States. The Energy Information Administration (EIA) reports that U.S. crude oil production averaged an estimated 8.9 million barrels per day (b/d) in 2016. U.S. crude oil production was forecast to average 9.2 million b/d in 2017 and 9.9 million b/d in 2018. A private forecast projects a record 10.24 million barrels daily by end-2018, representing a 17% increase in output.

This expectation of expanding domestic crude oil availability through greater efficiencies may not be enough to define the total amount of new production coming to market. The prospect of easing regulations that now inhibit production could contribute even more supply to the market.

The Department of the Interior (DOI) has ordered a new five-year plan for development of less regulatory-intrusive offshore exploration. The plan directs immediate Outer Continental Shelf leasing programs. These would ease entry into drilling off Alaska, the East Coast and the Gulf of Mexico.

Supply/demand data in the United States for the week ending April 28, 2017, were released by the EIA.

Refineries used 93.3% of capacity, a decrease of 0.8 percentage points from the previous report week.

Short-term availability of natural gas will increase over the next few weeks, reflecting closure of part of the Vector pipeline in Michigan. The close is designed to allow interconnection with the 3.25 Bcf/d Rover pipeline, which runs from Pennsylvania to Ontario. 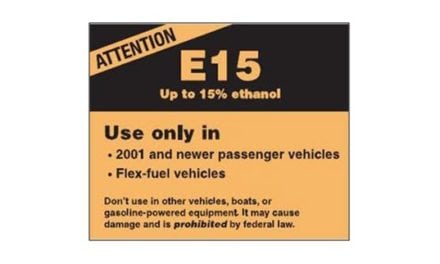