The impact of a colder winter is fading as February reaches its midpoint. Nonetheless, U.S. demand for petroleum products continues at a high level. The most recent data from the Energy Information Administration puts daily demand at 20.3 million barrels. Last year, demand was 18.7 million barrels per day at this time. 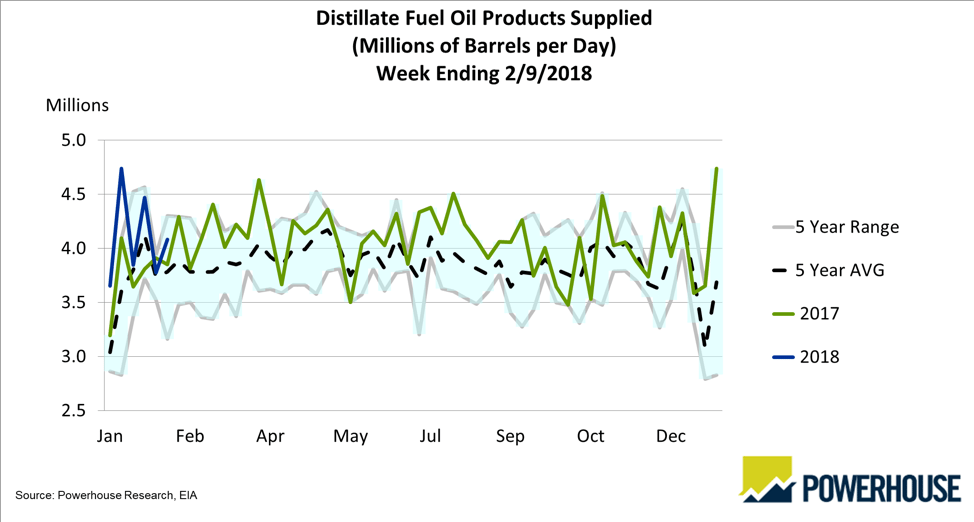 Strong demand is not the only determinant of price. The export trade is a significant destination for American supply. Total daily exports are 6.3 million barrels, of which crude oil constitutes 1.3 million barrels.

The introduction of American crude oil into global petroleum streams comes at a time when OPEC and other overseas producers are trying to determine how best to reduce supply and support prices. Some price support should come from reduced output of conventionally-produced crude oil. One analysis expects such supply to top in the next five years.

According to this research, non-OPEC supply declines are accelerating. The rate of decline reached 5.4 per cent in 2017. (In 2014, decline rates were 4.2 per cent.) New traditional projects may be enough to offset current decline rates, and may even provide some growth in places like Brazil, Russia and Norway. Many countries, however, are not adding new exploration/development projects. These include China and Ghana. The net of these gains and declines come to a small, about 70 thousand barrels daily gain through 2023.

This is where shale development in the United States makes a difference. Supply from shale-based oil is expected to grow by 4.2 million barrels daily through 2023. The growth rate is likely to slow to around 500,000 barrels daily at the end of that period. At the same time, demand could slow as well, allowing tight oil to satisfy demand through this period.

Supply/demand data in the United States for the week ending February 9, 2018 were released by the Energy Information Administration.

Builds were reported in stocks of gasoline and K-jet fuel. There were draws stocks of fuel ethanol, distillates, residual fuel, propane, and other oils.

Refineries used 89.8 per cent of capacity, a decrease of 2.7 percentage points from the previous report week.

EIA has released estimated proved reserves of U.S. natural gas for 2016. The country had 341.1 Tcf of proved reserves at that time. This represented a five per cent increase over 2015. Moreover, the gain compared to a 17 per cent drop in 2015. The largest net increase was experienced in Pennsylvania where the Marcellus Shale play added 6.1 Tcf to reserves.

Proved reserves are those volumes of natural gas that are recoverable in future years from known reservoirs under existing economic and operating conditions.