Oil prices failed to establish a trend in the week ended August 6. ULSD prices have been essentially flat since early May, trading around $2.25 per gallon. Similar patterns have constrained RBOB and WTI.

RBOB supplies are unusually tight—another bullish indicator. There are only 229 million barrels of gasoline in storage according to the EIA’s weekly supply balance report, about one thousand barrels more than the five-year low.

Weather is always a petroleum industry consideration. We are now in the 2021 Hurricane season. NOAA has issued a revised forecast, increasing the number of expected hurricanes this year to 21.

The global impact of geopolitical events is almost always reflected in crude oil prices. There is no dearth of market-moving events now. Tunisia is in turmoil, as is Libya.

Most immediately, an oil tanker was attacked in the Arabian Sea. The vessel was Liberian flagged, owned by Japanese interests and managed by a London-based group. The United States has named Iran as the attacker. There has since been no retaliation, and oil markets have not reacted. Such an event would typically lead to a rally.

Analysts point to the delta variant that is now the focus of the pandemic. (A newer variant, lambda, is showing high transmissibility and resistance to the vaccine.) Risk aversion is slowing price action in several commodity markets. In that light, the failure to respond to a tanker attack may make more sense.

Supply/demand data in the United States for the week ended July 30, 2021, were released by the Energy Information Administration.

Crude oil inputs to refineries increased 45,000 barrels daily; there were 16.545 million barrels per day of crude oil run to facilities.

Natural gas futures bottomed at $1.43 late in June 2021. Spot futures have since more than doubled, moving well above $4/MMBtus.

A natural gas price index shows the average annual natural gas price variation, based on data from 2009 through 2020. The pre-season price tends to start its winter climb in August, topping in November. The average increase over this period is around 17%, suggesting a possible winter objective of $4.68. An Elliott Wave count supports this view, with a completed third wave around that level. 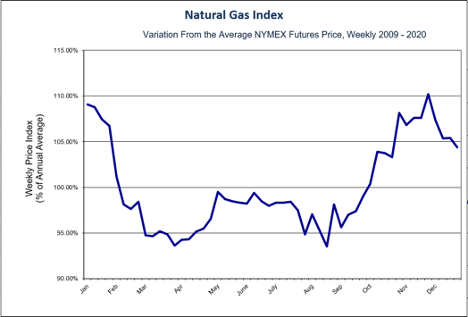 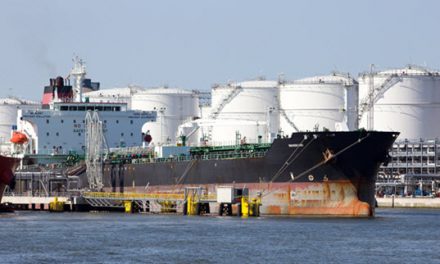 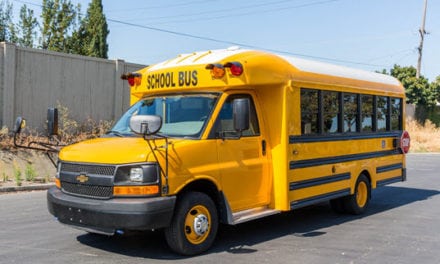