Powerhouse has chronicled an oil market trading in a price range through the summer now ended. Ironically, the factors that created a vibrant and volatile futures market for ULSD and gasoline remain in place. These include supply/demand balances, refinery utilization, persistent geopolitical instability in North Africa and the Middle East (MENA) and dramatic changes in climate. They are becoming more insistent over time.

One important geopolitical element is the announced conclusion of the 20-year war in Afghanistan and the withdrawal of U.S. forces, civilians and allies. The departure was disorderly, leading to more deaths. Nonetheless, oil prices have not reacted in any significant way. Afghanistan itself is not an important oil producer.

The regional balance of power could be affected following the United States departure from Afghanistan. While the U.S. retains the ability to project military power “over-the-horizon,” the withdrawal of on the ground forces in the region may open the door to uncertainty in larger strategic political relationships including those among the oil-rich nations in the region.

Oil demand in the U.S. remains a focus of the markets.  The most recent report from the EIA showed gasoline demand rising to 9.57 million barrels per day, with gasoline sales expected to be even stronger during the upcoming Labor Day holiday weekend. Gasoline inventories have now fallen below the five-year average for this time of year. 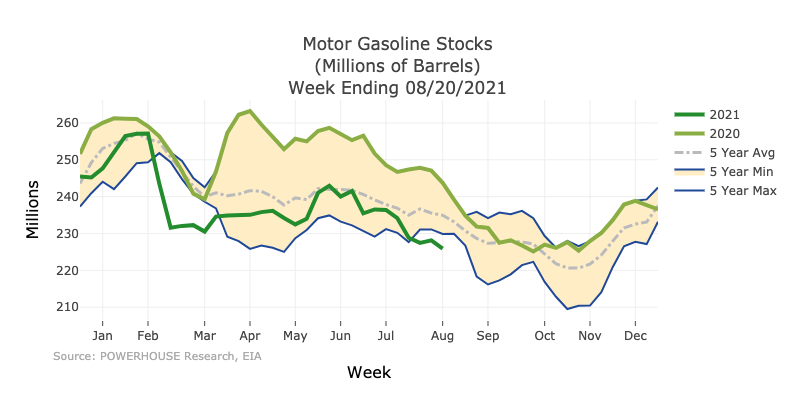 Propane is a much smaller part of total inventories, at 68.7 million barrels. Propane demand is growing and becoming an important part of the petroleum product story. Inventories have been hugging the lower edge of the five-year average of propane supplies, inviting continued price strength should demand conditions turn bullish this autumn. 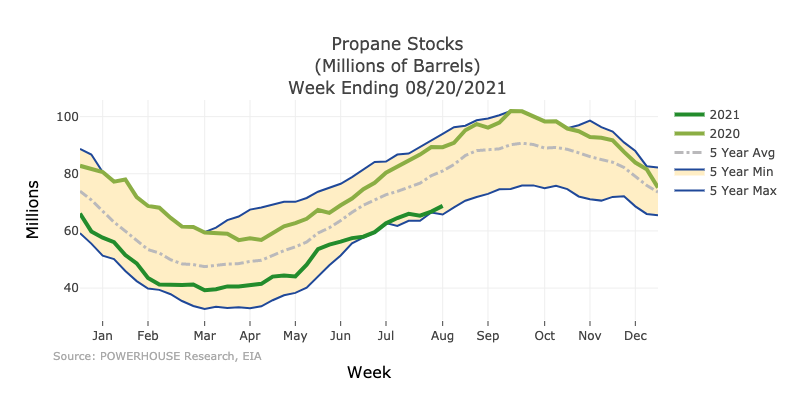 Supply/demand data in the United States for the week ended Aug. 20, 2021, were released by the Energy Information Administration.

Domestic crude oil production was unchanged at 11.4 million barrels per day from the previous report week.

Futures prices for natural gas moved higher during the week ended August 27. The weekly injection report added only 29 Bcf to underground storage—far less than the 40 Bcf addition anticipated by the industry. The shortfall was attributed to a failure to measure wind generation accurately.

Early indications of tropical storm activity pushed prices higher as well. The week ended with the previous resistance level of $4.205 being easily surpassed. Next major resistance is at $4.923. This level was last seen in November 2018. A projection of declining demand for this week as temperatures ease and Gulf Coast hurricane activity could impact the current rally. 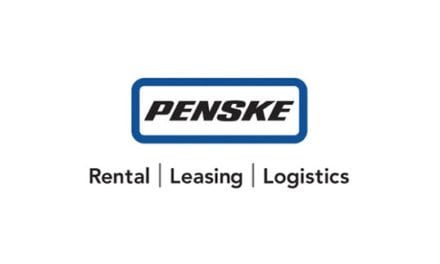 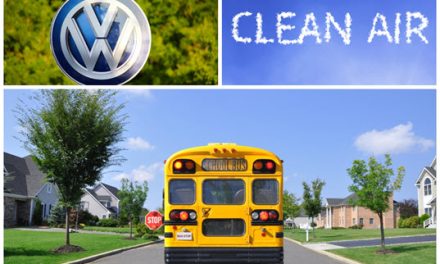 Millions Available in Texas for Switch to Propane Buses