The focus on novel coronavirus has taken all the oxygen out of the room. Conversations seem to focus on nothing else. But nature has a way of asserting herself, and it’s time to talk hurricanes. The Atlantic hurricane season starts traditionally on June 1st, and prognostications of hurricane activity are becoming available.

The Colorado State University, recognized for its research in hurricane prediction, is calling for an above-average Atlantic hurricane season. The university notes that the Atlantic basin has had four consecutive active hurricane seasons and calls for yet another season with “at least one violent Category 5 storm.

The reasons for another active year include higher than average Atlantic sea surface temperatures, and the absence of a tropical Pacific Ocean El Nino. Warm water in the Gulf of Mexico heightens concerns for both hurricanes and tornados. Colorado projects a 44 percent risk of a major hurricane (defined as reaching Cat 3 strength or better with winds higher than 110 mph) in the Gulf.

Meteorologists use a measure of Accumulated Cyclone Energy (ACE) to measure how much energy is spent in the form of damaging winds during a storm’s lifetime.  Colorado is predicting an ACE of 150 this season. This exceeds the long-term average of 106 ACE units.

The fallout from Covid-19 has included the possibility that a new agreement between Saudi Arabia and Russia may emerge. Reductions in crude oil production between 10 and 15 million barrels are under discussion.

Such an arrangement would be unprecedented. There is talk of including the United States in the deal. (There are regulations that would allow imposition of controls on domestic production.)

Removing so large a quantity of crude oil would be bullish, but demand destruction has been enormous. EIA reported the loss of 2.2 million barrels per day of gasoline demand in the United States alone during the week ending March 27, 2020.  This loss (and similar losses elsewhere) could be enough perhaps to dampen even so large a loss of crude oil supply.

Supply/demand data in the United States for the week ending March 27, 2020, were released by the Energy Information Administration.

Refineries used 82.3 percent of capacity, down 5.0% from the previous report week.

Spot natural gas futures have been caught in a price range between $1.51 and $1.73. Some analysts attribute movements in natural gas prices to activity in crude oil. They use the ratio of crude-to-gas to track natural gas balances. By this measure, crude oil prices were 30 times greater than those of natural gas early in January. This compares with a dozen-year average of 21 times. That ratio has fallen even further, recording a ratio as low as 6 times. 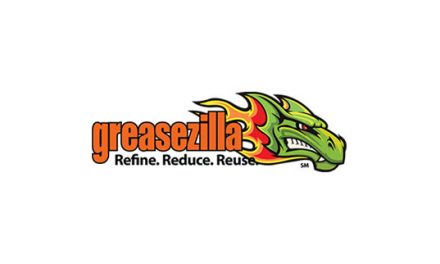 Greasezilla to Kick-off 2021 with New Installations