Energy markets throughout the world are being shaken by an unusual set of price considerations. Global crude oil interests are seeking a formula that will bring oil production down to support price. Saudi Arabia is leading an effort to shut-in at least 10 million barrels of crude oil daily.

Russia, part of the OPEC+ group, has apparently joined with Saudi Arabia seeking to reduce global supply by even more. Quantities as high as 20 million daily barrels were mentioned. Taking that amount from global supply, even if successful, would be problematical because demand for oil has collapsed.

In seeking consensus, OPEC+ has reached out to some producers not usually thought of as part of any producer agreement. These include the United States, separately Texas and Oklahoma, Canada and Mexico.

North American producers are shying away from explicit agreements. Canada, for example, is cutting production, but largely because of unattractive market forces. The United States will not reduce output noting that EIA projects output to fall by two million barrels in 2020.

One overriding consideration, however, puts the success or failure of OPEC+’s initiative at risk. Negotiators insist that action to cut production must be taken by all participants. This is a high bar. 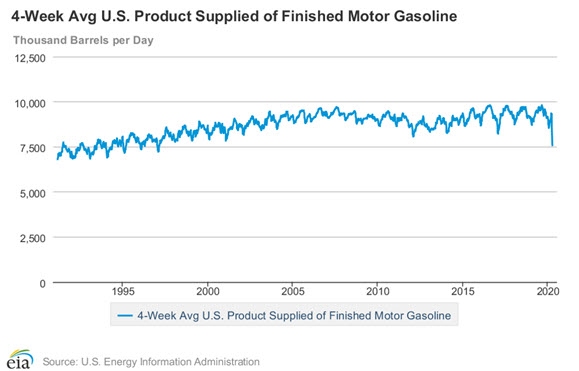 Futures have not yet taken a stand on where prices might go. Crude oil has been trading just above support at $20. RBOB reached major support at $0.3760 on March 25th   (lesser support is around $0.50.) HO support is about $0.93, trading now just under a buck.

Supply/demand data in the United States for the week ending April 3, 2020, were released by the Energy Information Administration.

Refineries used 75.6 percent of capacity, down 6.7% from the previous report week.

Natural gas prices are facing the same market woes as are those of petroleum liquids. Current prices are trading around $1.73, a deep discount to next winter, where February, 2021 is $2.86. The hefty carry for February prices (+$1.13) is greater than the cost of storage for that period. And some analysts expect the end of this summer’s injection period to be burdened total U.S. working storage of 4 Tcf.

The large difference between now and next winter creates an opportunity for those with access to storage. Traders may buy natural gas now and store it, fixing a margin greater than the cost of holding supply. 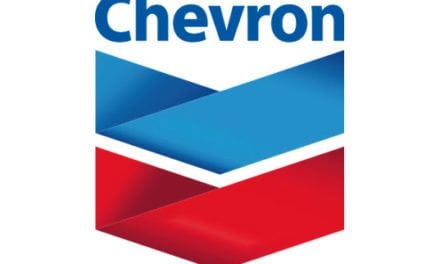 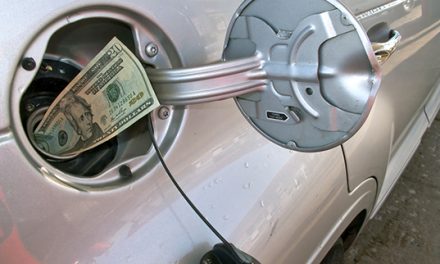 Average U.S. Gasoline Prices Are Higher This Thanksgiving Than Any Since 2012