Which U.S. Cities Are Driving Demand for “Green” Cars? 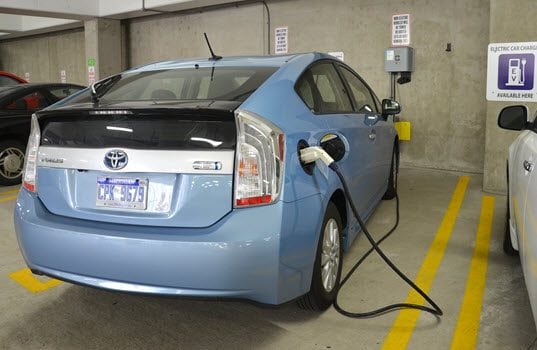 As for the cities where shoppers show the least demand for used hybrid vehicles, Detroit tops the list, followed by Virginia Beach, Pittsburgh, New Orleans and Cincinnati. New Orleans has the lowest inventory of used hybrids, showing less than 1% of total available used car listings as hybrids.

“Nearly twenty years since the introduction of the Toyota Prius, the market for used hybrids is hitting its stride, and that’s good for consumers looking to save some green on a green car purchase,” said Langley Steinert, founder and CEO of CarGurus. “Wherever they may be shopping for a used hybrid, we advise shoppers to do their homework on price and vehicle history. Once they have found the deal that is right for them, they should get it inspected by a certified mechanic before purchase.”

For this study, CarGurus analyzed consumer purchase inquiries on listings appearing on www.CarGurus.com between February 10, 2014, and April 10, 2014, measuring the percentage of overall inquiries that were for used hybrid vehicle listings in each of the top U.S. metro areas. Metro areas were ranked according to these percentages. Hybrid availability was measured by the percentage of used car listings available in April that were hybrid vehicles. CarGurus analyzes more than 4 million car listings daily from independent and franchise dealerships.

With 10 million unique monthly visitors, www.CarGurus.com is the fastest growing automotive research and shopping website in the nation. The company uses proprietary search algorithms to help shoppers compare local listings and find great deals from great dealers. Every day, the company does a comprehensive Instant Market Value (IMV) analysis on more than 4 million listings, taking into account details including year, model, trim, options, mileage, location and vehicle history. A user’s shopping search results are ranked according to which offer the best deals from the most reputable dealerships.

API: EPA’s Refinery Rule Is Much Improved But Remains Costly

Oil Prices Holding On for Another Week in the Black