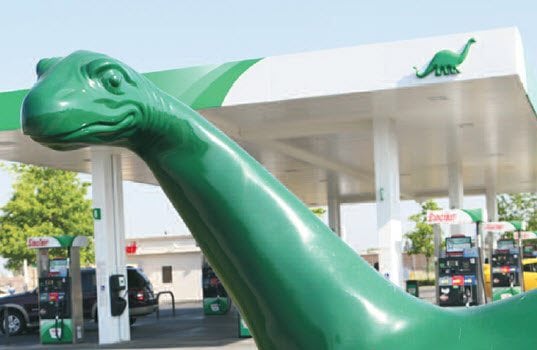 The dinosaur has long been a cultural icon. It’s been a staple of science fiction entertainment since Arthur Conan Doyle wrote the first dinosaur adventure, The Lost World, in 1912. You had the quirky (and eon blending) 60s TV show the Flintstones, that lovable or hateable (depending on whether you are a child or parent) purple dinosaur and the Jurassic Park franchise, to cite but a few examples.

Of course, from the fuel marketing world there is one culturally iconic dinosaur that cannot be ignored—Sinclair’s Dino the dinosaur, which first appeared in 1930 some14 years after Harry F. Sinclair founded the company.

“We’re very proud of the fact that we’re one of the longest, continuous oil company brands in existence,” said Jack Barger, Salt Lake City-based Sinclair Oil Corporation’s Vice President, Marketing and Supply. “Being around for 100 years is quite an achievement. [Company Founder] Harry Sinclair was a remarkable guy. He governed over Sinclair from its founding to the late ‘40s, so 30 plus years. Then the last 40 years the company was under the ownership and leadership of Earl Holding, until he passed in 2013. Earl was a remarkable man himself, and his wife Carol is still at the helm. It’s a very, very special family organization and family business.”

The company, whose official anniversary fell on May 1, 2016, has a range of activities planned to help celebrate the event. These include: an art contest for children of Sinclair employees during the spring; an employee picnic at Snowbasin Resort in Utah in the summer; a speakers series for employees highlighting historical Sinclair moments; a distributor’s conference in Sun Valley, Idaho, in August; and community-based volunteer events where Sinclair employees will give back in Salt Lake City and in Casper and Sinclair, Wyoming.

Moving Into a Second Century

While the company is proud of its long history and iconic dinosaur branding, it doesn’t operate like a dinosaur in today’s dynamic environment. Approximately 5 years ago the company began a major push to revitalize the brand that ranged from overhauling the imaging to repositioning the brand itself.

The “Centennial Image Program” involved freshening the image without reinventing the core, traditional elements. For example, Dino the dinosaur remains front and center, but received treatments that modernized the look while giving it more “pop.”

The repositioning aspects, as might be expected, presented the true challenge. “We allowed our brand to be used anywhere, and there were really no retail standards,” Barger said. “By virtue of that, we had a very high attrition rate. We had our brand attached to a lot of stations that were at end of life. That put us at risk.”

He noted that the repositioning strategy was to begin focusing on recruiting newer, high quality, higher-volume assets to the brand along with the re-branding of existing stores. “As you might imagine, when you make an investment of some significance in retail sites, some sites don’t make the cut,” Barger said. “That is largely for economic reasons, I’d emphasize that. We didn’t establish any requirements to remain a Sinclair-branded station other than meeting our minimum image standards. We said if it makes economic sense to make this investment, and you’re willing to work to keep that standard high, then we’re glad to have you in our family.”

The distributor or the retailer is required to fund the rebranding cost. “We work very hard to try to keep those costs at a minimum, but that, quite frankly, has not been a barrier to growing that program,” Barger said. “We’ve added a few hundred high quality sites to the brand, and we’ve lost some sites, unfortunately, to attrition and other things. Today, we sit here with a brand that is alive and well and repositioned in the marketplace. It is a contemporary brand that is able to compete against all of the other major brands.”

The gasoline Sinclair markets also underwent an upgrade to Top Tier status. “Many of our major competitors were talking a lot about [gasoline] quality. That was their primary marketing focus. We decided that in order to have parity with the other major brands we needed to be Top Tier as well, so we embarked on that journey about a year and a half ago and have reached that goal throughout our network,” Barger said.

The dealer program is available for retail operations within its supply footprint. These dealers are almost exclusively supplied by Sinclair distributors. Sinclair’s logistical footprint encompasses two refineries located in Wyoming, and a network of crude oil and finished product pipelines and terminals in the Rocky Mountain and midcontinent regions.

“We’ve invested in a lot of technology to help us be more responsive from a supply standpoint,” said Barger. “We’ve worked to be more consistently competitive in our pricing strategies.”

For retailers outside the market area where Sinclair supplies gasoline, there is an opportunity to participate in the Sinclair Licensing Program. That provides licensees retail brand affinity with use of the internationally known Dino symbol, as well as the benefits that dealers enjoy, including the Sinclair credit card network. These retailers are served by affiliated distributors, who are required to self-source their supply and to distribute a Top Tier gasoline.

Licensees are charged a flat $500 a month, per retail site.

“We’re quite excited about the reception that our brand is getting in our licensed program,” said Barger. “We’re particularly pleased with the reception as these stations return to markets that we’ve essentially been out of for over 40 years. I expect you are going to see a lot more licensed stations in the East in the coming years.”

Barger noted that on the retail side Sinclair does not have fuel volume or facility requirements, such as having a convenience store or not having a service bay. That is similarly the case for the distributors within the Sinclair supply footprint, where a broad range of distributor operations is acceptable. For the licensee side the company is currently emphasizing larger distributors—for now—since they are obligated to self-source their products and fill the retail supply requirements.

What does a retailer get from the Sinclair brand? The flexibility of the program likely appeals to many distributors and retailers, but the company supports its partners with a foundation of network programs.

On the payment side, the company states the credit card network boasts extremely competitive card rates and low transaction fees.

Additionally, the company offers a proprietary Sinclair credit card that generates a $0.05 discount. Barger noted that a number of retailers add an additional $0.05 to that for a $0.10 discount. “The unique thing about that program is the price changes right at the pump. It’s not a discount that shows up on a statement,” he said. “That’s been incredibly successful for us. We see it as an important loyalty initiative that any Sinclair retailer can leverage and have some success with.”

For mobile payments, the company is working with Houston-based P97 to deploy its DINOPAY™ mobile app at specially equipped stations in 2016. “We’ve done a lot of work behind the scenes in building mobile apps and things that I think are important in today’s economy to position your brand to the younger generation and make your brand accessible and appealing to them,” said Barger.

Sinclair leaves the store side of things up to the retailer. It does not offer any company specific programs though it is a member of Royal Buying Group.

And then there is a big green dinosaur. “We think a primary benefit is the appeal of our brand itself—the fondness that we know consumers have for our brand,” Barger said. “The memories they have as children in Sinclair stations and our dinosaur. And the merchandising over the years—the blowup dinosaurs and dinosaur soap and all this stuff that we’ve done as a brand over so many years. For example, people still remember us fondly in the East from when we were a significant brand a number of decades ago. Some of the highest sales come from states we haven’t been in for 40 years.”

Dinosaurs first appeared in marketing for Sinclair Oil Corporation in 1930, as part of a campaign to educate customers about the origin of fossil fuels. The Apatosaurus (then thought to be a Brontosaurus) quickly surpassed the Tyrannosaurus rex (T. rex) and Triceratops in popularity, and by 1932, Sinclair had registered “Dino” as a trademark.

Today, Dino could be objectively described as one of the most recognized icons in America. Here are some interesting facts about Dino: 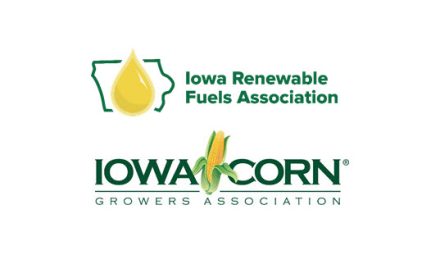 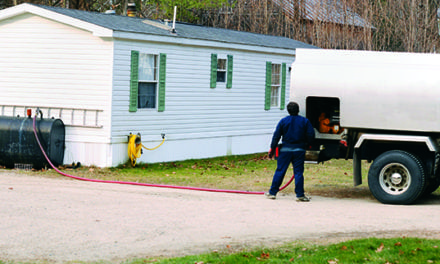 EIA: Residential Heating Oil and Propane Prices Are Expected to be Higher than Last Winter