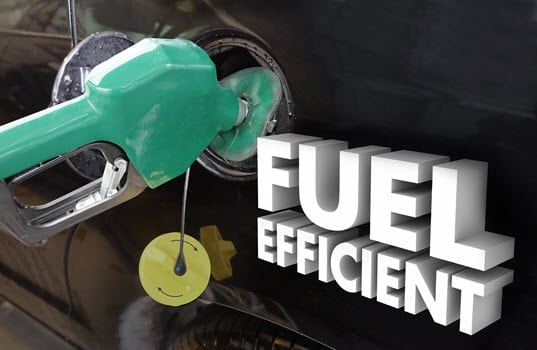 We have regularly covered the Trump EPA’s intention to revisit Obama-era Corporate Average Fuel Economy standards. In fact, I noted in a post-election (but pre-swearing in) Policy Brief that Trump might very well address CAFE even though that was not a stated goal at the time. This was not just due to the current administration’s ideological differences with the previous administration, but also for practical issues related to the challenges and impact of the original standards on the auto industry.

The 2012 Obama administration’s regulation would require a 54-miles-per-gallon fleet average for passenger cars and light trucks by 2025. Considering that the current mileage average comes in at 25 mpg the challenges to the auto industry are enormous, stretching both current combustion technology and the lagging adoption patterns for electric vehicles and other alternatives.

A Mid-Term Evaluation Final Determination review allowed the regulation to be modified before implementation. The EPA undertook that evaluation. The formal announcement of intent relative to CAFE came on August 2 when the EPA announced it would lock in the 2020 standards (37 miles per gallon) until 2025.

“Our proposal aims to strike the right regulatory balance based on the most recent information and create a 50-state solution that will enable more Americans to afford newer, safer vehicles that pollute less,” said EPA Acting Administrator Andrew Wheeler in the announcement release. “More realistic standards can save lives while continuing to improve the environment. We value the public’s input as we engage in this process in an open, transparent manner.”

The announcement release noted that 2012 requirements would add $2,340 to the cost of owning a new car and impose more than $500 billion in societal costs on the U.S. economy over the next 50 years. Additionally, a 2018 government study by the National Highway Traffic Safety Administration (NHTSA) shows new model year vehicles are safer, and the claim is that the higher cost of new vehicles would prevent a more rapid turnover of older, less safe and also less environmentally friendly vehicles.

This has, of course, generated significant blowback from environmental groups.

“Only the oil industry benefits from weaker standards. The public gets betrayed with more pollution and higher gasoline bills,” said Luke Tonachel, NRDC’s director of clean vehicles and fuels. “Our nation increases its dependence on oil. Innovation by the U.S. auto industry stalls, and carmakers cede automotive technology leadership to other countries and risk American jobs.”

The mileage adjustments were, if anything, the least controversial part of the review. A federal waiver dating back to the 1970 Clean Air Act has uniquely allowed California to set its own pollution regulations that can be more stringent than federal standards. The rationale was that California had special needs as its geography helps trap and concentrate smog in areas like the Los Angeles basin. The Trump administration wants to sidestep that waiver, at least as it pertains to the regulation of mileage.

Because of the size of California’s market and the desire of automakers to keep models and inventory simplified, the tendency has been (at least in more recent years) to have a “one size fits all” approach, which has meant following California’s standards.

A recent article in the LA Times by Evan Halper, Tony Barboza and David Lauter stated the following: “The rollback would undermine those states’ efforts to meet commitments the U.S. made in the Paris agreement on climate change. It would also worsen air quality problems in Southern California and other areas where officials are already struggling to clean smog and ease rates of asthma and other illnesses.”

The second part is related to the original mandate, but the first effectively gives the state (and a handful of others mainly in the Northeast that support its environmental activism) the ability to set national policy in a manner that bypasses the federal legislature and the wishes of citizens in other states that might not be so inclined.

Federalism (states’ rights) has long been a cornerstone of conservative ideology, and now seemingly, among progressives, on this issue at least. But Federalism was designed to have states serve as test markets for ideas and as a protector of regional sensitivities, and not as a means to dictate national policies.

California and 16 like-minded states proactively filed suit against the EPA in May to counter the Mid-Term adjustments.

Overturning the entire waiver would require Congressional action and that outcome is hardly assured. In addition, in 2014 the U.S. Supreme Court found that carbon can be regulated as a pollutant by EPA. However, separating mileage requirements from pollution reduction is not as big a challenge. The Harvard Environmental Law Program noted online in a discussion of the legal factors around the issue that mileage standards are not necessarily linked to pollution standards, and there is case law promoting that position.

What Do the Automakers Want?

Automakers initially voiced strong support for a revisiting of the 2012 CAFE standards. In February 2017, 18 automakers as part of the Auto Alliance wrote President Trump a six-page letter where they were united in their support for “putting ‘the process back on track’ without predetermining any outcome. Checking prior assumptions against new market realities. Driven by current data.” It included the following paragraph: Based on the projections in the 2012 rule, manufacturers must meet an average of 54.4 miles-per-gallon equivalent across their new vehicle fleet by 2025. Even today, no visual vehicle today meets that target, and conventional vehicles comprise 96.5 percent of the new light duty vehicle fleet. Only some nonconventional vehicles (i.e., hybrid, plug-in electric and fuel-cell vehicles), which comprise fewer than 3.5 percent of today’s new vehicles, currently can do so. Even under EPA’s optimistic estimates, the automotive industry will have to spend a staggering $200 billion between 2012 and 2025 to comply, making the standards many times more expensive than the clean power plan.

Automakers have been seen to publicly back off of this position as it moved closer to becoming a reality. It has been speculated among the punditry that while the automakers privately still want a freeze or rollback, they do not want to be publicly associated with such a move given the mainstream media’s support for environmental action. The ability of social media to orchestrate vicious, negative publicity campaigns (beyond their actual community size) is likely another major factor in their public reticence.

Further, if the Trump administration fails at disconnecting mileage from California’s waiver, the auto industry would rather have one national market to serve than address a separate California standard.

What Does the Driving Public Want?

A significant argument for the higher CAFE standards has been the money savings for consumers. However, as helpful as some groups want to be for their fellow citizens, American consumers are not necessarily driven in their purchasing choices by the cost of motor fuels.

According to Kelly Blue Book, the most popular vehicle in America in 2017 was the Ford F-Series pickup, followed by the similar Chevrolet Silverado and Dodge Ram. Crossover platforms are eclipsing sedans and SUVs, and while they are smaller and more efficient than SUVs, they tend to be less efficient than comparably-sized sedans. Among the KBB top 20 there were only a handful of true economy platforms in the mix.

This trend is most certainly supported by recent low fuel prices and the improved fuel economy with a range of options in today’s vehicles, admittedly due in no small part to both the Bush and Obama administrations’ heightening of CAFE standards.

The ramping up of the global economy as well as the regulatory approach of low sulfur bunker fuel have put pressure on fuel prices in recent months with some long-term price concerns. This could certainly impact consumer habits, but even the high fuel prices in 2008 failed to see draconian shifts in consumer behavior. The Ford F-Series was still the top selling vehicle followed by the Silverado with the RAM in the top 10. And while SUVs were fairly rare in the mix that year, mid-sized and larger sedans were not.

When all is said and done, CAFE standards represent another point of friction between groups that want to push ideologically driven solutions on society (whether or not they personally have to abide by their actions) and whether or not those concerns are national in nature.

Arnold Schwarzenegger, actor and former California governor, is a fine example of this mindset along with many of his showbiz peers. For all of Schwarzenegger’s environmental passion his favorite vehicle (to this day, apparently) is a full-sized Hummer. It gets roughly one-fifth of the proposed Obama-era mileage standard and one-fourth of the revised standard. Leonardo DiCaprio, another fierce environmentalist, has yet to lose sleep over the time he regularly spends in private jets and luxury yachts.

If consumers really desire those super-high-mileage solutions, whether in California for ideological reasons or in Alabama to meet a tight household budget, then the auto industry will act accordingly under free market pressures.

Given the governmental focus on high mileage in Europe and parts of Asia, the auto industry will certainly continue to bring such vehicles to market. California is a large market, and when combined with the equally progressive Northeast they represent a huge market—if the citizens truly are as zealous about environmental concerns as their leadership. The auto industry could easily decide to voluntarily produce a vehicle mix that would meet the far more stringent standards that were proposed if that’s what the market dictates. 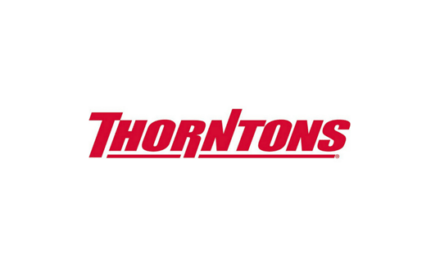