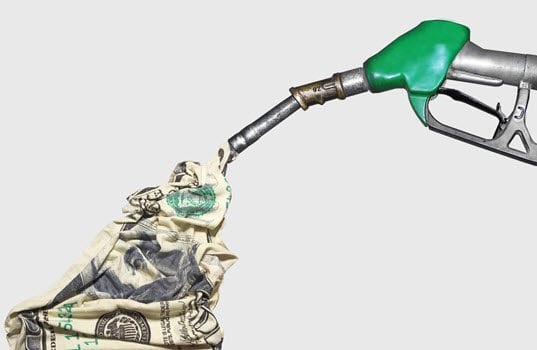 After three years of eerie calm in the oil market volatility has returned with a vengeance. With prices down $20 in the past few months it seems the market is ignoring the wars in the Iraq, Syria, and Libya. Normally any one of those would be enough to at least keep prices up if not rising.

So is it the rise of US production? Domestic production has been rapidly rising for the past three years and is making new records each month. What about the reduced expectations for demand growth in China? Well those are both having an impact, but neither were the tipping point that brought volatility and lower prices back to the market.

We can thank two big factors for providing a economic stimulus to the US economy that is actually bigger than the $787 package the Obama administration promoted and passed in 2009. FuelFix summarized a great report from Citigroup about this. Citigroup estimates the stimulus impact of oil prices that are now down by 20% to be $1.1 Trillion dollars. If that number isn’t mind numbing enough, try this one, $1.8 billion in savings per day.

The first and single biggest factor is a familiar one, Saudi Arabia. Once the Saudi’s signaled that they would accept significantly lower prices on October 1st the race to $80 and potentially lower was on. The Kuwaiti’s quickly moved to support the move by the Saudi’s signaling on October 14th that they would follow the Saudi move down. The next OPEC meeting is on Nov 27th so we will surely learn more then, but I do not expect production cuts coming out of that meeting unless we see price declines below $75 before the meeting takes place.

The second big factor is the rising dollar. Despite the Euro and Renminbi gaining acceptance as global currencies to rival the US Dollar oil is is still bought and sold in dollars. The dollar is back, and Japan’s moves this past week just added fuel to the fire and would seem to be a prelude to even bigger moves up by the buck in the weeks and months to come. The chart from FuelsNews below [sourced to Bloomberg] shows the inverted moves of the dollar and crude oil nicely. This chart was produced last week before Japan dropped their bombshells on Friday, so I would expect further oil price moves down driven by a rising dollar are certainly a possibility.

So with further pressure from a rising dollar and the Saudi’s determined not to cede further market share where do we go from here? Well the immediate question is are US producers going to slow down and stop drilling? I think this is a question of how long lower prices persist. Most domestic producers, especially the smaller more vulnerable ones are significantly hedged for the next two years.

The FT has a great article on this. They point out that Pioneer Natural Resources, for example, reported in August that it had bought options to sell in 2016 54,000 barrels of oil a day – about 65 per cent of its oil production in 2014 – with an average floor price of $85.83 per barrel. So with a lot of production locked in at prices over where we are already, some out through 2016 it seems that while we’ll see things slow down a bit many producers will stay at it while they have hedges in place to cover that production.

As always we are always subject to the winds of war or dramatic changes in the political climate that can drive prices up overnight but I think this stimulus will last a while. Even if the reprieve is short lived many customers have already captured the benefits for the 2015 budget.

We have been very busy locking in customers costs for next year. Most of them are at 15-20% below the expense budget they had planned on. That is big savings for large energy users that should enhance earnings for many of them by 2-3% and support further hiring and more confident expansion. Overall all of us will benefit from a robust and expanding economy that has $1.8 billion more per day to spend on things other than oil.

Douglas S. Haugh is currently President of Mansfield, a $9 billion industry innovator recently ranked by Information Week as the No. 1 technology innovator in Energy & Utilities and the only nationwide provider of fuel supply, biofuels, propane and diesel exhaust fluid. Haugh is a frequent speaker on energy, supply chain technology and entrepreneurship.  He can often be found leading general sessions or seminars at many national conferences and conventions.  He also blogs on energy issues at: http://thinkingonenergy.com. The opinions expressed there (and here) are his, and not those of Mansfield. 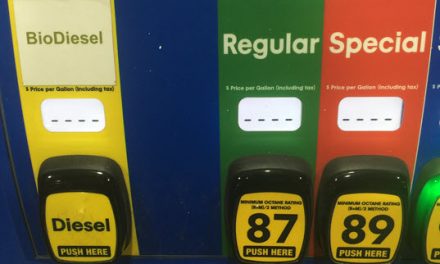