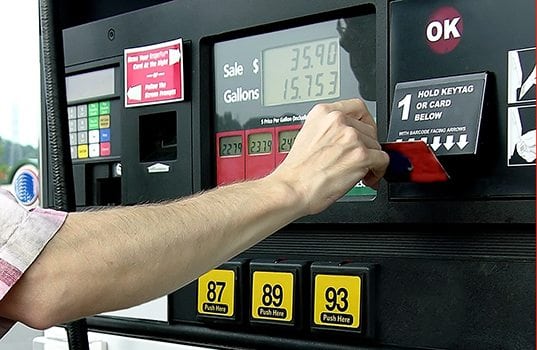 “NACS is deeply disappointed at the House Financial Services Committee’s vote to report the controversial and misnamed ‘Financial Choice Act’—which includes repeal of the highly effective, pro-competition and pro-consumer debit swipe fee reform—but given the bipartisan opposition that arose even as the bill was rammed through Committee, repeal efforts should not move forward.

“While the bill’s sponsors inserted the acronym CHOICE in the bill title—standing for ‘Creating Hope and Opportunity for Investors, Consumers and Entrepreneurs’—the Act as currently constituted would instead generate more costs and lost opportunity for entrepreneurs, higher prices for consumers and greater monopoly profits for the credit-card giants by eliminating competition in the debit-card arena.

“Along with members of Congress from both sides of the aisle who have already stood against this ill-considered measure, NACS will continue to fight to keep the interests of merchants and consumers ahead of the credit-card Goliaths, who already benefit from the highest swipe fees in the world.

“Specifically, we’ll keep doing everything in our power to build on the strong opposition to this bill and ensure that members of Congress and the Senate recognize the success of this vital reform in re-establishing competition in the debit-card market.  Repeal of swipe fee reform would put Visa and MasterCard right back into the price-fixing business by making it impossible for smaller card networks to compete, and would dramatically increase costs for convenience store owners, for whom swipe fees are already, on average, their fastest-growing expense.  And it would quickly wipe out the nearly $6 billion in savings consumers have experienced each year thanks to the reform.

“In the end, it is clear that the bill in its current form lacks the support necessary to get through Congress, given its potential harm to competition, consumers and small business.”

Swipe fee reform, enacted in 2010 as part of the Dodd-Frank Wall Street reform package, required centrally price-fixed swipe fees on debit transactions to be “reasonable and proportional” to the cost of processing the transaction and ensured competition among debit networks. Repeal would allow unlimited price-fixing of fees and let the credit card giants block their competitors from having a chance to try to get business from merchants.

According to a report by the Merchants Payments Coalition, reductions in debit fees driven by swipe fee reform put nearly $6 billion in consumers’ hands through lower prices in the first year of reform alone and supported more than 37,000 new jobs annually.  In addition, small merchants have benefited from greater transparency in debit-card transactions.