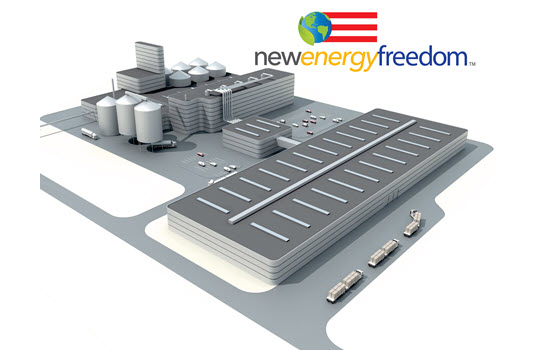 “Our Iowa project can keep one million tons of CO2 out of the atmosphere every year–like taking 200,000 cars off the road,” says Thomas Corle, CEO. “Future refineries are expected to be twice the size of the first.”

The company is developing New Energy Freedom biomass refinery on a 155-acre site near Mason City, Iowa. 275,000 tons of crop residue (cornstalks and wheat straw) will be locally sourced, then converted into 20 million gallons of cellulosic ethanol and 95 tons of lignin, a solid biofuel and natural binder. Half the greenhouse-gas reduction comes from replacing petroleum products, the other half from sequestering soil carbons through best farming practices.

Strong demand is also expected for the refinery’s lignin. Produced by a clean process, it can replace oil-derived bitumen as the binder in asphalt. “A greener way to pave roads and shingle roofs,” Corle says.

Besides being one of America’s first carbon-negative refineries, New Energy Freedom represents the first large-scale use of Inbicon bioconversion technology outside of Denmark. New Energy Blue’s team is a spin-off of the technology’s development. The company purchased exclusive rights to license and build-out refineries from Ørsted in 2019. Freedom’s CapEx is about $200 million, about the same amount invested in Inbicon’s 15-year development. Ørsted built and operated a demonstration refinery for five years, supplying 2G ethanol to Danish petrol stations.

New Energy Blue has completed process engineering around several different feedstocks and is now completing a site-specific design for construction next year in Iowa. The company plans to build four more biomass refineries over the next 6 years.

Albury Fleitas, company president, is leading the financing of the project. “We’ve gained equity and debt interests to build-out multiple refineries from private and institutional sources,” Fleitas states. “What’s more, the USDA greenlighted the project under phase-one section 9003 for a construction loan guarantee.”

The refinery breaks down plant fiber into lignin and two sugars, which are currently fermented into fuel-ethanol. The technical flexibility of the process allows project owners to capitalize on dozens of downstream opportunities as they arise. Utilizing non-GMO feedstocks like grain straws is being evaluated for future sites. Because the hemicellulose can be processed into a sought-after sugar substitute, xylitol, snack-food makers who use it can market their products as a healthier choice. The two sugars can also be turned into polyethylene and replace a popular plastic now made from oil.

Besides saving carbons and cutting pollution, the refineries will create new green jobs, give growers additional income, and pump millions of dollars through local economies.

Savings in the Casings 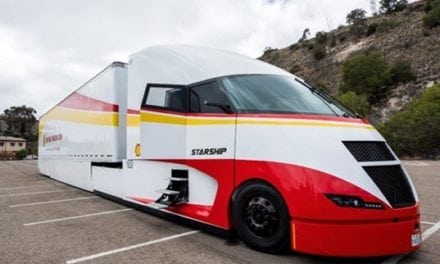