The National Biodiesel Board (NBB) is pleased to announce that Kurt Kovarik, a senior adviser and legislative director of U.S. Senator Chuck Grassley (R-Iowa), has accepted the position of Vice President of Federal Affairs. Kovarik will join NBB the week of January 8.

“Kurt’s decades of experience in the United States Senate will serve us well as we navigate the federal policy issues that most affect our industry. His long history of working on energy and tax legislation, his familiarity with the key players in Washington and his knowledge base on biofuels are all reasons why we are so happy to have him on our team,” said Donnell Rehagen, chief executive officer at the National Biodiesel Board. “Growing up on a farm in Iowa, Kurt understands the strong connections between the biofuels, agriculture and livestock sectors, as well as the importance of continuing to establish America’s energy independence.”

“Biodiesel has the potential for more—more jobs, more economic growth, more diversity in our fuel supply. But market certainty signaled by consistent federal policy is essential for meeting that potential. It’s been an honor to have spent the last several months in the Nation’s Capital working alongside our members to secure more consistent federal policy signals. I look forward to continuing to work in DC over the coming months to ensure Kurt has a smooth transition into this critical role for our industry,” said Doug Whitehead, chief operating officer at the National Biodiesel Board.

Kovarik has served as the legislative director for Senator Grassley since January 2017. As legislative director, Kovarik led the senator’s policy staff, coordinating and monitoring legislative efforts and developments. Kovarik first joined Senator Grassley’s office as a press intern in August 1997. He served as a legislative assistant since 2001. In addition to his work on budget, labor and foreign affairs, Kovarik negotiated and led Senator Grassley’s efforts on the inclusion of biodiesel in the Renewable Fuel Standard, developed strategies to expand and extend the biodiesel tax incentive, and advocated increased use of biofuels through oversight activities. 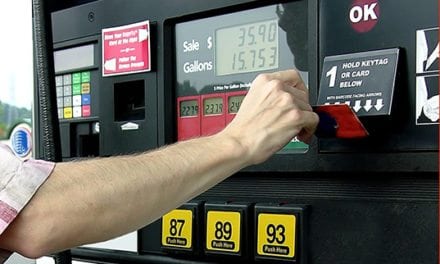