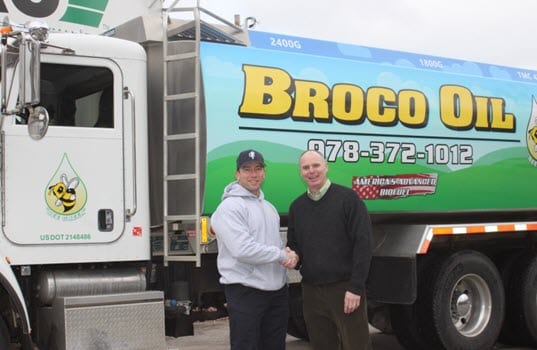 In keeping with the spirit of the season, five biodiesel users have unveiled new vehicle “wraps” that are helping to share their stories of sustainability and emissions reductions with area residents from Maine to the Midwest.

“Our annual biodiesel vehicle wrap program provides matching funds to help biodiesel users promote their use of America’s Advanced Biofuel,” said Kaleb Little, NBB director of communications.  “This year we were pleased to select five winners whose unique wraps are helping to showcase their commitment to reduced emissions and cleaner air.”

Illinois’ B20 Club wrapped two box trailers for G&D Integrated, a trucking company based in Morton, Ill. An inaugural B20 Club member, G&D operates more than 400 vehicles on blends up to B20. 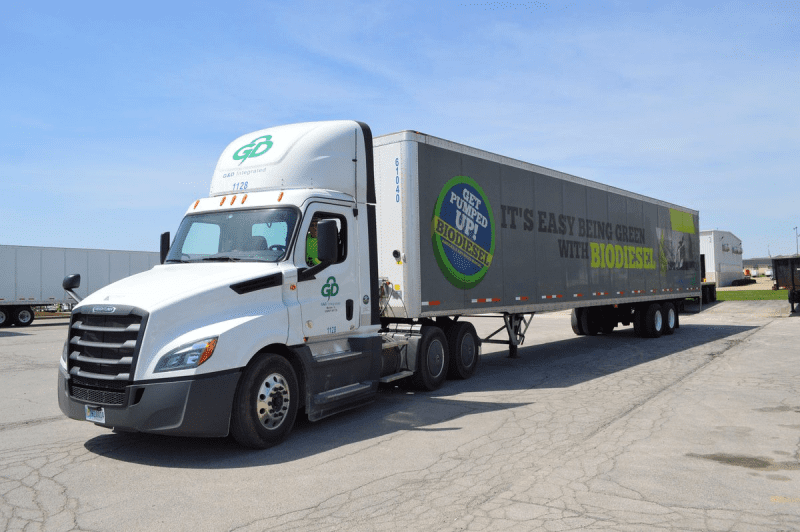 Rockwood Summit High School (RSHS) in Fenton, Mo. wrapped their 1992 Ford F250, fondly known as “Old Brownie”.  The pick-up is used for a biodiesel partnership program called Fuel Wash U.  Brownie picks up waste vegetable oil from Washington University’s kitchens and transports it to RSHS’s facility where the recycled oil is processed into biodiesel. A B50 blend is then sold back to Washington University for use in their three catering trucks for events on and off campus. Old Brownie was originally owned by the Missouri Soybean Merchandising Council and was one of the industry’s first biodiesel demonstration vehicles logging hundreds of thousands of miles on biodiesel since the early ‘90’s. 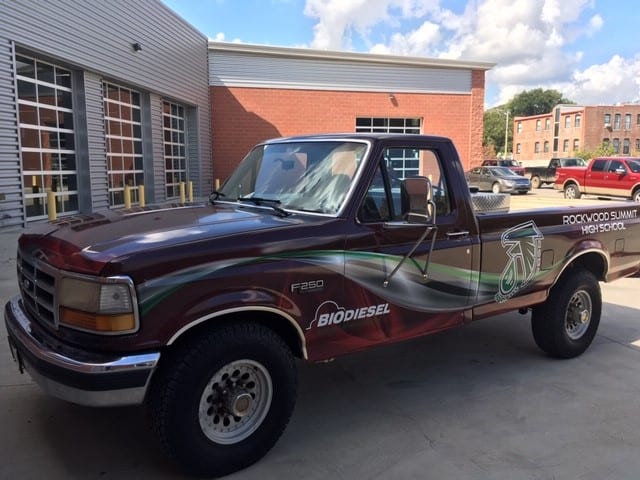 Maine Standard Biofuels based in Portland, Maine, wrapped the tank of their new oil truck. The truck travels within 20 miles of Portland providing biodiesel and Bioheat to area customers. The company collects used cooking oil from over 1,000 restaurants and food manufacturers across New England. Since their founding in 2006, they’ve embraced localism and sustainability to help make New England a better place. 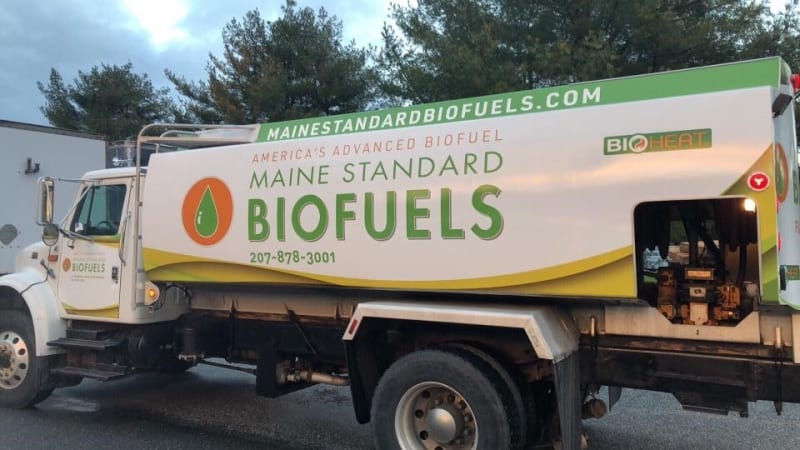 Coastal Energy, based in Ellsworth, Maine, wrapped four pedal fuel trucks and one transport truck showcasing the HERO BX brand and the company’s green fuel initiative. The trucks travel 200 miles from their headquarters on the coast of Maine to North Hampton, N.H. to purchase biodiesel from HERO BX. Coastal Energy sells biodiesel and Bioheat to citizens throughout Maine’s picturesque Downeast communities, including historic Bar Harbor and Mount Dessert Island. 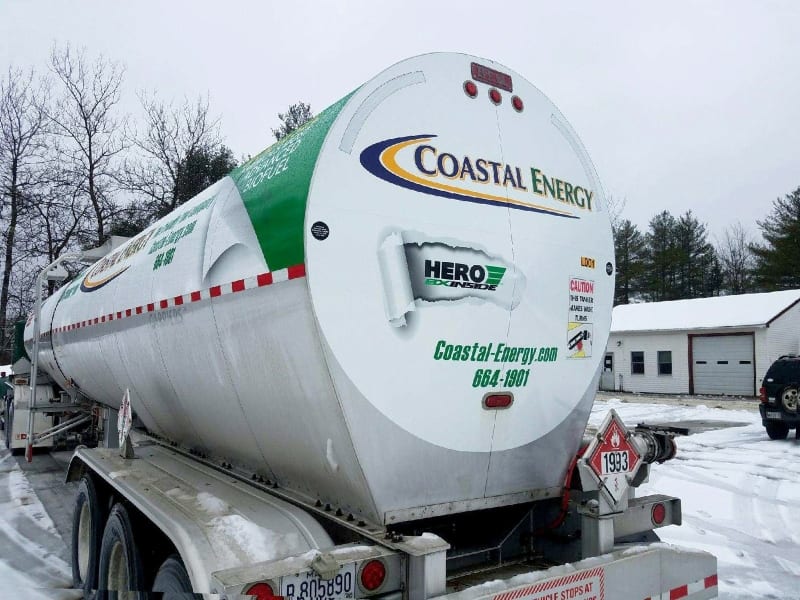 Broco Oil, based in North Reading, Mass., wrapped two, 6-wheel oil tanker trucks and a 10-wheel fuel oil transport truck that are used for Bioheat delivery to consumers over a 50 mile radius throughout the greater Boston area and the Merrimac Valley area of Massachusetts. They also stamped “HERO BX Inside” decals on the company’s 12,000-gallon tractor trailer truck to help promote HERO BX Bioheat and to showcase Broco Oil’s commitment to the community and the environment. Owner Bobby Brown and his wife Angela created the “Bee Green” advertising campaign aimed at educating oilheat customers about the benefits of Bioheat. 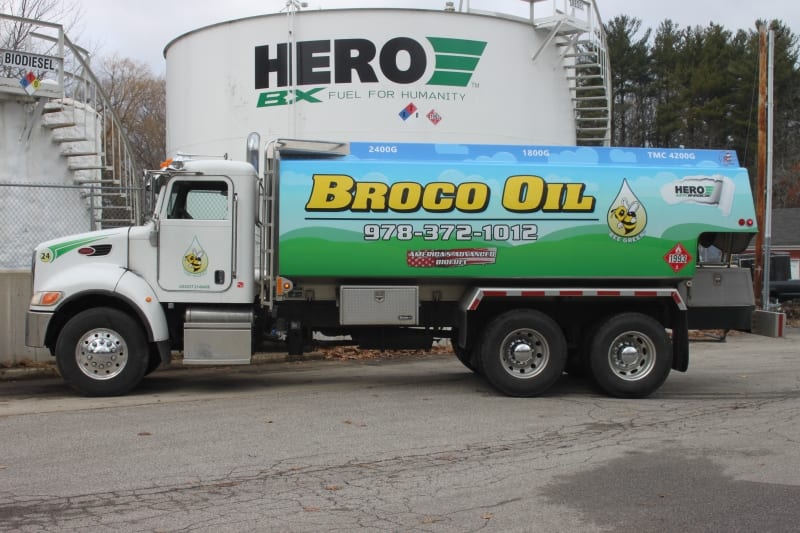 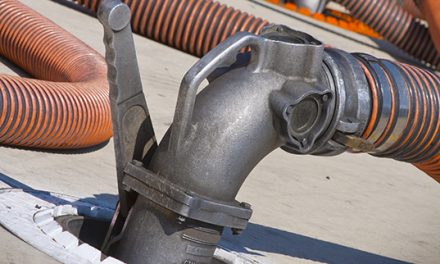