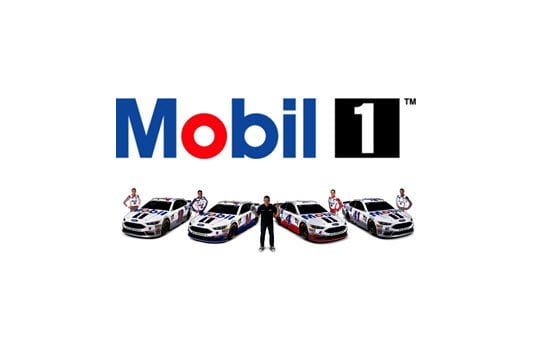 Building upon a successful 2017 season on and off the track, ExxonMobil, on behalf of the Mobil 1 brand, will again sponsor Stewart-Haas Racing (SHR) with full primaries at various Monster Energy NASCAR Cup Series races throughout the year. At the same time, ExxonMobil will further leverage the star power of SHR drivers by bringing back Kevin Harvick as the face of Mobil 1 Annual Protection motor oil marketing campaign.

Mobil 1, the “Official Motor Oil of NASCAR”, will provide primary sponsorships across SHR’s four NASCAR Cup Series drivers. Harvick’s No. 4 Ford will carry Mobil 1 branding six times, Clint Bowyer’s No. 14 Ford will wear Mobil 1 twice, and Kurt Busch’s No. 41 Ford and Aric Almirola’s No. 10 Ford get one race apiece. Mobil 1 will remain as an associate sponsor of SHR for the entire 2018 season.

ExxonMobil welcomes Amirola to SHR as he begins his first year with the team but his seventh full season in the NASCAR Cup Series. Amirola has one career Cup Series win, a pole and 11 career top-five and 31 top-10 finishes.

The partnership between ExxonMobil and SHR represents a continuation of on-track successes that has amassed two NASCAR Cup Series championships (2011 and 2014) and 32 point-paying victories since 2011. In 2017, the partnership kicked off with a victory by Busch in the season-opening Daytona 500 and culminated with Harvick contending for the championship in the finale at Homestead-Miami Speedway. Two wins by Harvick and 52 top-10 finishes among SHR’s entire driver lineup punctuated the partnership with Mobil 1.

The 2018 season extends the long relationship between both companies and the goal to win races, engineer new lubricant technologies and test automotive improvements. Using NASCAR as an on-track laboratory, the partnership is backed by science and an ambition to provide drivers with the best possible lubricant technology solutions on and off the track.

“Our relationship with SHR is one of our most important sponsorships, helping advance our lubricant technologies for drivers,” said Kai Decker, global motorsports manager at ExxonMobil. “The Mobil 1 engineering team helps SHR win races while continuing to advance the performance of our lubricants with improved power, fuel mileage, engine efficiency and reliability. At the same time, the celebrity of Kevin Harvick gives a recognizable, trusted face to our Mobil 1 Annual Protection product.”

Later in the racing season, ExxonMobil will debut a new iteration of its national marketing campaign for Mobil 1 Annual Protection motor oil, which allows drivers to travel up to 20,000 miles – or one full year – between oil changes, guaranteed. This year’s campaign will once again feature a miniature Harvick alongside a new cast of characters and comical situations.

In addition to its association with SHR, Mobil 1 is entering its 16th season as the “Official Motor Oil of NASCAR” and remains the world’s leading synthetic motor oil brand. 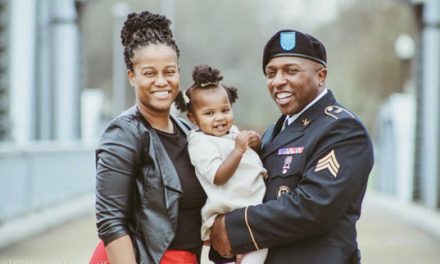 Pilot Honors Those Who Serve During Military Appreciation Month