API announced that Mike Sommerswill be the new President and CEO of the American Petroleum Institute, following an election this afternoon by API’s Board of Directors and a thorough search and transition planning process. Known for bipartisan collaboration and visionary strategic planning, Sommers brings two decades of political experience to API, including his current role as president and CEO of the American Investment Council.

Sommers will take the helm of API later this summer and succeed Jack Gerard, who announced earlier this year that he will step down this summer after a decade at API and relocate to Salt Lake City. Sommers will work closely with API’s member companies, Jack Gerard and API’s senior team in the coming months to ensure a smooth leadership transition.

“I’m honored to work with API’s broad membership and lead one of the most influential trade associations representing all facets of the oil and natural gas industry,” said Sommers. “At a time of transformational progress when natural gas and oil are pioneering groundbreaking innovation, delivering tremendous environmental benefits, and leading long-term economic solutions, I look forward to continuing the work of API’s talented team and representing an industry that is directly enhancing the lives and improving opportunities for Americans and people around the world.”

Prior to joining the American Investment Council as President and CEO in 2016, Sommers served as Chief of Staff to Speaker of the House John A. Boehner (R-OH) and in other capacities in House leadership for more than a decade. Sommers has served at the center of nearly every major policy decision in the last decade and successfully negotiated bipartisan achievements on landmark legislation, including the Trouble Asset Relief Program in 2008, the resolution of the fiscal cliff in 2013, the Bipartisan Budget Agreement of 2015 and trade promotion authority in 2015. Sommers also served as Special Assistant to the President at the National Economic Council at the White House in 2005.

“Mike is a very experienced manager and strategist with a strong track record of working collaboratively to resolve challenging issues,” said Darren Woods, API Board Chairman and President and CEO of ExxonMobil. “He is a model of leadership and brings tremendous energy to API at an important time for the organization and our industry. As API approaches its 100th year, advances in our industry are establishing the US as a leader in the world’s energy markets.  Well-informed, thoughtful policies and regulations will be critical in maintaining this position. Mike is equipped to build on the industry’s successes and help guide our future. We have great confidence in him and are excited for the future of our industry and the next chapter at API.”

Notably, Roll Call newspaper named Sommers one of the top staffers on Capitol Hill each year for a decade and in 2015 named him one of the top 50 staffers in the last 50 years. Sommers has also been profiled in Politico, The Hill and National Journal.

Over 150 Biofuels Champions in D.C. Today to Kick Off Industry’s Largest Advocacy Summit 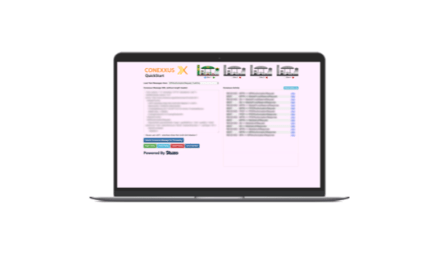