When Paul Strodtbeck became a Meijer fleet driver in 1972, he joined a team of 34 drivers who made daily deliveries to the retailer’s 24 stores in Michigan.

Gas cost 36 cents per gallon, and Strodtbeck drank “two gallons too much of coffee” while listening to “twangy” country music. Much has changed in the past 45 years, but one thing has remained constant: the Walker resident never imagined he’d drive more than 5 million miles, primarily hauling meat and produce daily from Grand Rapids to Lansing to Petoskey and back.

“He leads by always putting the customer first and making safety his top priority,” said Tom McCall, Meijer Logistics’ Vice President. “We couldn’t ask for more from a team member over the years than what Paul has done for all of us.”

The driving milestone—combined with his exemplary safety record, work ethic and friendly demeanor with customers and other team members—earned Strodtbeck recognition as one of the top 12 drivers by the Michigan Trucking Association. The statewide trade organization recognizes one driver per month each year.

“I certainly didn’t go into driving with anything like that in mind,” he said. “I appreciate the recognition, but it’s my job. I enjoy driving. I grew up knowing that anything is possible and if you try hard enough, you can do anything.”

Strodtbeck grew up on a farm, driving tractors and working hard around the clock. He joined Meijer at age 18 in the meat cutting apprenticeship program at the Standale store. While he enjoyed the role, Strodtbeck said he was ready for change after 10 years. That’s when he went to truck driving school and joined the Meijer fleet. His CB radio call sign is Cutter.

Strodtbeck said he’s seen a lot on the road these past 45 years, and has stopped to help out other drivers at numerous car accidents along his route. Based on his experience, he’s considered a mentor among the retailer’s team of 350 drivers, and regularly tests and shares his perspective on prototype trucks.

“It’s an honor and inspiring for our organization to have someone like Paul,” said David Hoover, Director of Outbound Logistics for Meijer. “His dedication, expertise and service, not to mention the equivalent of safely driving to the moon and back 10 times, is a great accomplishment and puts him in an elite group of professionals.”

Strodtbeck said he has a lot to be thankful for: he loves driving, appreciates his dispatch team that helps him along his route and working for a company that cares about community. And when he’s not driving a truck for Meijer, he’s snowmobile riding and enjoying the outdoors with family, and operating his snowmobile repair shop.

“I have six kids and I tell them all the time, ‘you only have one life,'” Strodtbeck said. “‘You’re here for a reason and you should probably have fun doing it while you’re here.'” 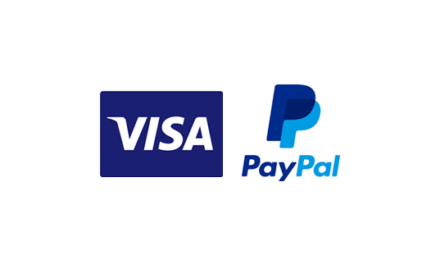