Oil futures nearest delivery on the New York Mercantile Exchange and Brent crude on the Intercontinental Exchange were shallowly mixed in early trading, weighed down by ongoing demand concerns, while market participants focus on the prospect for an extension of a supply agreement by more than 20 oil producers ahead of weekly inventory figures scheduled for release this afternoon and Wednesday.

In early trading, NYMEX August West Texas Intermediate futures were flat at $57.90 bbl, with ICE August Brent crude also little changed at $64.85 bbl. NYMEX July ULSD futures were flat at $1.9090 gallon, with the July RBOB contract up 1.3cts near $1.8680 gallon. Oil futures weakened in overnight trading, as Russia signaled a wait-and- see approach towards an extension of the current agreement between Organization of the Petroleum Exporting Countries and an alliance of non- OPEC oil producers into the second half of the year.

The ten non-OPEC nations led by Moscow are set to decide next week on whether to join the Saudi-led OPEC in rolling over 1.2 million bpd production cuts for the next six months. “We see many uncertainties in the market, including upcoming trade discussions at G20 Summit. We will see what issues are discussed there and how the economy and market situation will develop,” Russia’s Energy Minister said on Tuesday. Russia appears to be the only participant of the OPEC+ agreement that is still undecided over its commitment to rollover the cuts, which are aggressively sought by Saudi Arabia. Saudi Arabia is reported to have further cut output in June after production dropped to a five-year low at 9.69 million bpd in May, well below their allotted 10.311 million bpd output rate under the OPEC+ accord.

OPEC+ members delayed a scheduled meeting this week until after the G20 Summit in Osaka, Japan, on Friday and Saturday (6/28-29), where U.S. President Donald J. Trump is scheduled to meet his Chinese counterpart Xi Jinping to discuss a bilateral trade agreement. While hope for progress in U.S.–China trade talks are high, a U.S. senior official said on Tuesday Trump was “comfortable with any outcome” from the talks.

In financial markets, futures for U.S. stock indexes are little changed Tuesday morning, as investors await the speech on the economy from Federal Reserve Chairman J. Powell at the Council of Foreign Relations at 1 PM ET. Stocks ended mixed on Monday, pointing to investors’ cautious approach towards risk assets ahead of the upcoming meetings that could trigger an immediate market reaction. Market participants expect U.S. crude stocks to have fallen 2.8 million bbl in the week ended June 21, while both gasoline and distillate inventories are forecasted to have been drawn by 1.1 million bbl in the profiled week.

The bullish outlook on U.S. petroleum supplies comes after government data last week showed across the board supply draws amid record high gasoline demand and a lower rate of domestic crude production. American Petroleum Institute set to release preliminary data on last week’s U.S. crude and product supplies at 4:30 PM ET, while official figures from the Energy Information Administration are scheduled for publication 10:30 AM ET Wednesday. 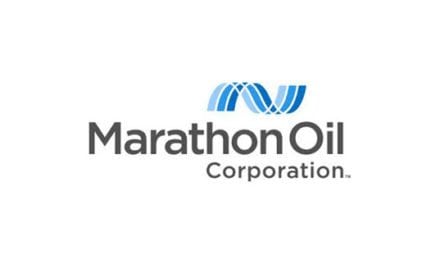