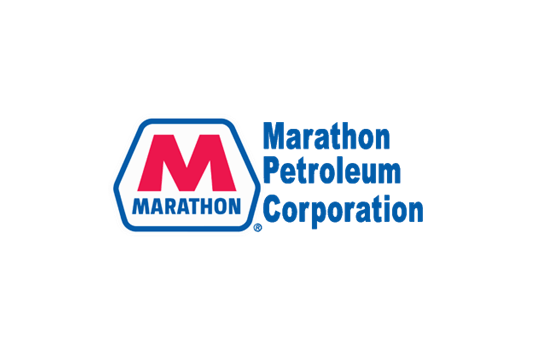 Marathon Petroleum Corp. has established a company-wide goal to reduce its greenhouse gas (GHG) emissions per barrel of oil equivalent (BOE) processed to 30% below 2014 levels by 2030. The company has linked achievement of the goal to its executive compensation program and certain employee programs.

“Marathon Petroleum has long been a leader in reducing its GHG emissions intensity, and due to our culture of continual improvement and responsiveness to stakeholder concerns, setting a goal and linking further reduction achievements to our compensation is a logical progression,” said MPC Chairman and Chief Executive Officer Gary R. Heminger. “We have added GHG emissions intensity reduction as one of our sustainability metrics for 2020, along with environmental incidents, safety performance, and process safety.”

MPC’s GHG emissions intensity reductions encompass Scope 1, defined as direct emissions from its operations – such as refineries, trucks, compressors and other equipment – as well as Scope 2, which are indirect emissions resulting from the electricity and steam MPC purchases to support its business activities. These GHG emissions reductions will be measured per BOE because the company uses a variety of feedstocks, including crude oil, natural gas and renewable feedstocks, such as soybean oil. BOE, a unit of measure defined by the U.S. federal government, allows these different throughputs to be measured on a common basis.

The 2030 goal builds upon the business strategy MPC highlighted in its Perspectives on Climate-Related Scenarios report, which has lowered MPC’s GHG emissions intensity by approximately 20% over the past five years. Additional focus areas to achieve the 2030 goal include expanding its energy efficiency program, reducing methane emissions and increasing use of renewable energy. MPC is committed to reassessing this goal as achievements toward GHG emissions intensity reductions are realized.

In addition to its GHG emissions intensity reductions, MPC is also committed to further expanding its renewable fuel manufacturing and blending capabilities. Current projects include the conversion of its Dickinson, North Dakota, refinery into a renewable diesel plant at a cost of $470 million, and processing of biocrude generated from municipal waste at its Martinez, California, refinery. In addition, MPC is actively working with and investing in Virent, Inc., its wholly owned research and development subsidiary in Madison, Wisconsin, toward the commercialization of Virent’s BioForming® technology for producing bio-gasoline and bio-jet fuel from various sugars.

Heminger said that MPC’s commitment to environmental performance is long-standing. “We have earned more of the U.S. Environmental Protection Agency’s ENERGY STAR® plant certifications than all other refining companies combined,” he noted. “This demonstrates our years-long commitment to energy efficiency, and we look forward to achieving even more in the years ahead.”