August 30, 2019: Oil prices seesawed repeatedly this week, based largely on mixed messages about the U.S.-China trade war. The week started with WTI crude prices dropping below the $53/b mark on escalation of the U.S.-China trade war. The U.S. announced another round of tariffs, and China announced retaliatory tariffs. Last weekend, U.S. President Trump claimed that the Chinese had called him to restart trade talks. Chinese officials denied making the call. By Thursday of this week, however, China appeared willing to postpone implementation of its retaliatory tariffs. Global stock markets are opening generally higher today. This week brought a major drawdown from crude and product inventories, strengthening prices midweek. Today, prices are flattening in apparent pre-Labor Day profit taking, but the week appears to be heading for a finish in the black nonetheless. Our weekly price review covers hourly forward prices from 9AM EST Friday August 23rd through Friday August 30th. Note that forward month contracts are switching to October, so the price data are discontinuous. Three summary charts are followed by the Price Movers This Week briefing for a more thorough review.

Gasoline opened on the NYMEX at $1.6683/gallon on Friday August 23rd, and prices opened at $1.6828/gallon on Friday, August 30th. This was an increase of 1.45 cents (0.9%.) U.S. average retail prices fell during the week ended August 26th. This week brought a drawdown on inventories, which strengthened prices midweek. September contracts are currently moving to October forward month, so price data are discontinuous. Gasoline prices are flattening this morning, but the week appears to be heading for an end in the black. Trades are occurring mainly in the range of $1.55-$1.58/gallon. The latest price is $1.5525/gallon.

Diesel opened on the NYMEX at $1.8381/gallon on Friday August 23rd and opened on Friday August 30th at $1.86/gallon, a weekly gain of 2.19 cents (1.2%.) This week brought a surprise drawdown in diesel inventories, which strengthened prices midweek. Diesel forward prices have opened higher for three consecutive weeks. September contracts are currently moving to October forward month. Contracts are currently are trading in the $1.85-$1.87/gallon range. The latest price is $1.8646/gallon.

WTI (West Texas Intermediate) crude forward prices opened on the NYMEX on Friday August 23rd at $55.35/barrel and opened at $56.63/barrel on Friday August 30th, an increase of $1.28/b (2.3%.) Prices dipped to a low of $52.96 on Monday, weighed down by escalation of the U.S.-China trade war and the inconsistencies in statements between the U.S. President and Chinese representatives. Stock markets plunged, rebounded, dropped and rebounded again based largely on recent statements from China indicating willingness to postpone retaliatory tariffs. September contracts are currently moving to October forward month. This morning, WTI crude is trading mainly in the range of $55.75/b-$56.75/b. The latest price is $56.51/b.

Oil prices dropped sharply last Friday, and they started this week with lows falling below $53/b. The U.S.-China trade war has escalated. On Friday, China announced retaliatory tariffs on $75 billion worth of U.S. goods. The tariffs hit agricultural products including soybeans, beef, and pork. In addition, China will charge a 5% levy on imports of U.S. crude oil. Hitherto, China had held off on levying tariffs on crude oil. In 2018, China imported 228,000 bpd of crude from the U.S. During the January-May 2019 period, this fell to 111,000 bpd.

Markets have been volatile on the trade war escalation. The Dow Jones Industrial Average fell by over 623 points on Friday the 23rd. It recovered by approximately 270 points, based partly on the claim by U.S. President Donald Trump that the Chinese government had called him to restart the trade talks. Chinese officials denied making any such calls. The Dow Jones retreated by 121 points on Tuesday. Later in the week, however, Beijing suggested that it would delay the start of new tariffs. Gao Feng, China’s Ministry of Commerce spokesman, stated that he hoped the U.S. would cancel the additional tariffs to avoid escalation. He was quoted as saying “the most important thing at the moment is to create necessary conditions for both sides to continue negotiations.” Asian and European markets rose on these statements, and the U.S. market is expected to respond favorably today.

Oil prices strengthened on Tuesday, when the American Petroleum Institute (API) reported a major drawdown of 11.1 million barrels (mmbbls) from crude oil inventories, plus stock draws of 0.349 mmbbls from gasoline inventories and 2.5 mmbbls from diesel inventories. Market experts had predicted a much smaller draw from crude inventories, plus an addition to diesel inventories. The price bounce-back was reinforced on Wednesday when the Energy Information Administration (EIA) also showed across-the-board drawdowns from stockpiles. EIA reported drawdowns of 10.027 mmbbls of crude, 2.09 mmbbls of gasoline, and 2.063 mmbbls of diesel. The net stock draw was a massive 14.18 mmbbls.

The EIA also reported that U.S. crude oil production hit a new record of 12.5 million barrels per day (mmbpd) during the week ended August 23rd. Previously, the weekly record-high was 12.4 mmbpd reported for the week ended May 31st.

Hurricane Dorian is heading for Florida, expected to make landfall this weekend. The National Hurricane Center believes it is possible that the Category 2 hurricane will strengthen to a Category 4 hurricane with wind speeds of 130 mph. Weather models predict that it will hit somewhere between the Florida Keys and Southern Georgia, and that it will move north up the Atlantic coast. 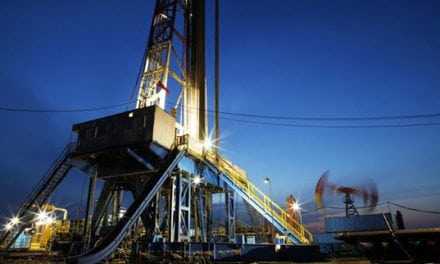 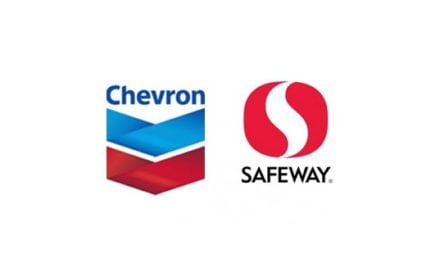