“Awards like these are the trucking industry’s acknowledgement of worthwhile effort applied to the area that matters most to our industry—safety,” said ATA President and CEO Chris Spear. “Safety defines our value system, so whether you’re a million mile accident-free driver or an executive that dedicates resources to safety investments, we want you to know that you’re making a difference on the highways.”

Calvert, who was awarded the 2016 National Driver of the Year trophy on stage in Las Vegas at ATA’s Management Conference and Exhibition earlier this month, is in the middle of his 60th year as a professional truck driver. He was also named the Alabama Driver of the Year in April.

The Safety, Security and Human Resources National Conference and Exhibition also set the stage for the presentation of several other key trucking safety and security awards.

The Tennessee Trucking Association was honored with the State Excellence Award, given annually to a state trucking association making innovative and impactful progress on promoting safety to their members.

The ATA President’s Award was given to three companies who exhibited safety excellence in their daily operations:

Security, an increasingly critical topic in the trucking industry, was also featured in several of the awards given out in Oklahoma City. ABF Freight System Inc. was presented the Excellence in Security award, and Old Dominion Freight Line and Roehl Transport Inc. were honored with the Excellence in Claims and Loss Prevention Award in the less-than-truckload and truckload divisions, respectively. 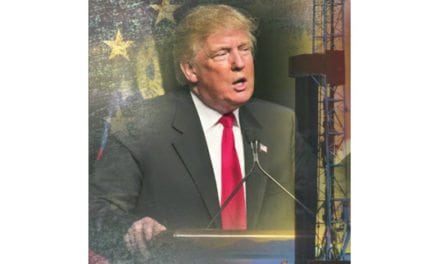 What Does a Trump Presidency Mean for Our Industry?