West Texas Intermediate (WTI) crude prices fell significantly by $1.87/b over the course of the week from August 13 through August 17. Prices were forced down by events such as the collapse of the Turkish Lira and weakness in other emerging markets, by concerns over the U.S.-China trade war, and by a significant buildup of oil inventories in the U.S. As of the time of this writing, however, WTI forward prices are recovering, and they are approaching $68/b once again. At their lows, WTI prices fell below $65/b. Current prices are $67.60/b. Gasoline and diesel futures prices also are in a period of recovery.

For the current week ended August 20th, diesel prices shed one penny to settle at an average price of $3.207/gallon. Prices decreased in all PADDs. The national average price was 61.1 cents per gallon higher than it was one year ago.

In the Midwest PADD 2 market, retail diesel prices dropped by one penny to average $3.129/gallon. Prices were 56.2 cents/gallon above their level for the same week last year.

In the Gulf Coast PADD 3, retail diesel prices decreased by 0.9 cents to average $2.981/gallon. This price was 57.3 cents higher than for the same week in the previous year. PADD 3 is the only market where diesel prices are below $3/gallon.

In the Rocky Mountains PADD 4 market, retail diesel prices declined by 0.9 cents to average $3.349/gallon. PADD 4 prices were 63.5 cents higher than in the prior year. 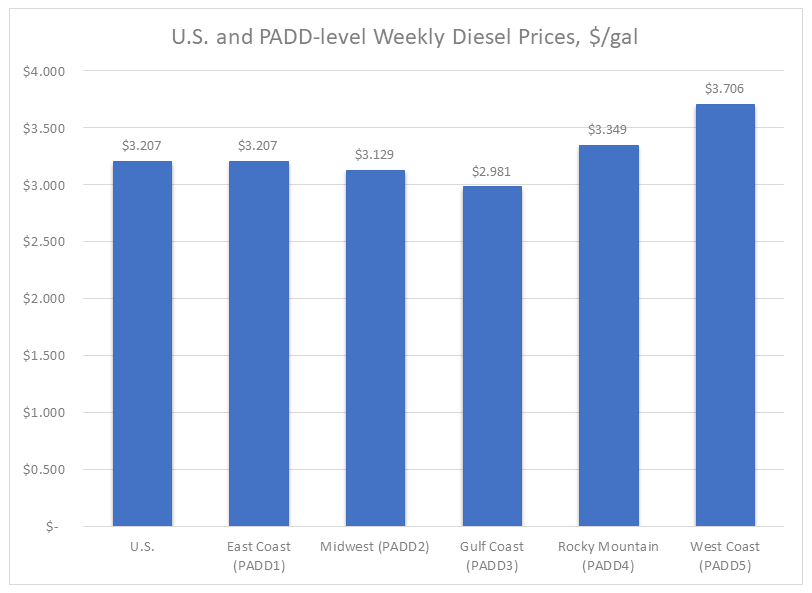 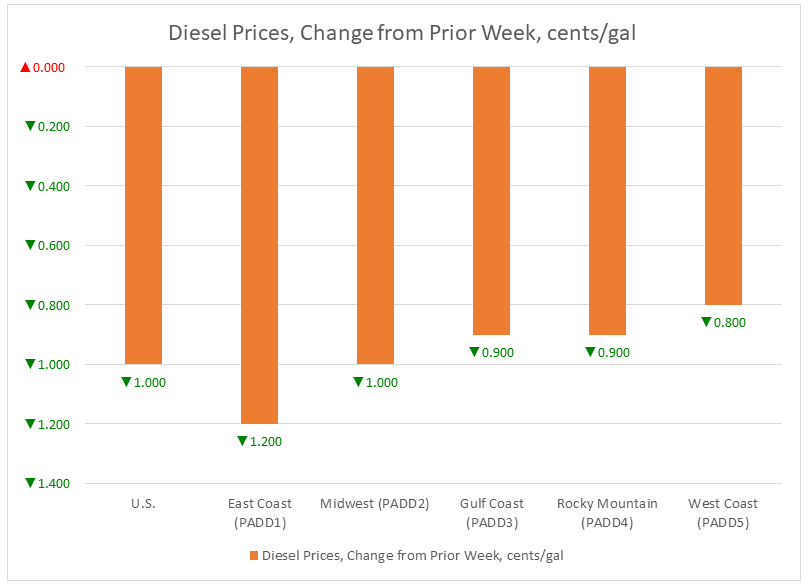 U.S. retail gasoline prices dropped by 2.2 cents to average $2.821/gallon during the week ended August 20. Prices fell in all PADDs except for PADD 4, the Rocky Mountains market. The national average price was 46.1 cents per gallon higher than it was one year ago.

In the Midwest PADD 2 market, retail gasoline prices decreased by 1.8 cents to arrive at an average price of $2.730/gallon. Gasoline pump prices were 48.1 cents higher than they were one year ago.

In the Gulf Coast PADD 3 market, gasoline prices fell by 1.8 cents to average $2.568/gallon. PADD 3 continues to have the lowest average prices among the PADDs. Prices for the week were 45.0 cents higher than for the same week in 2017. 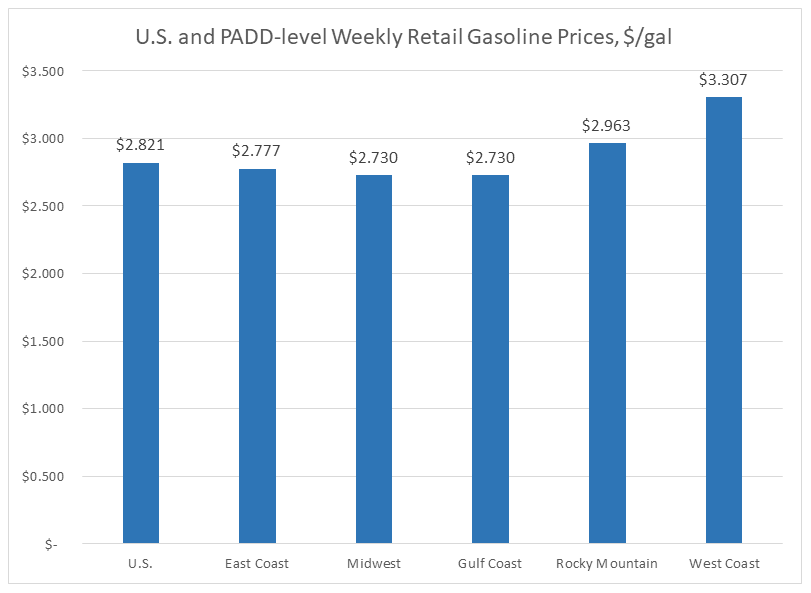 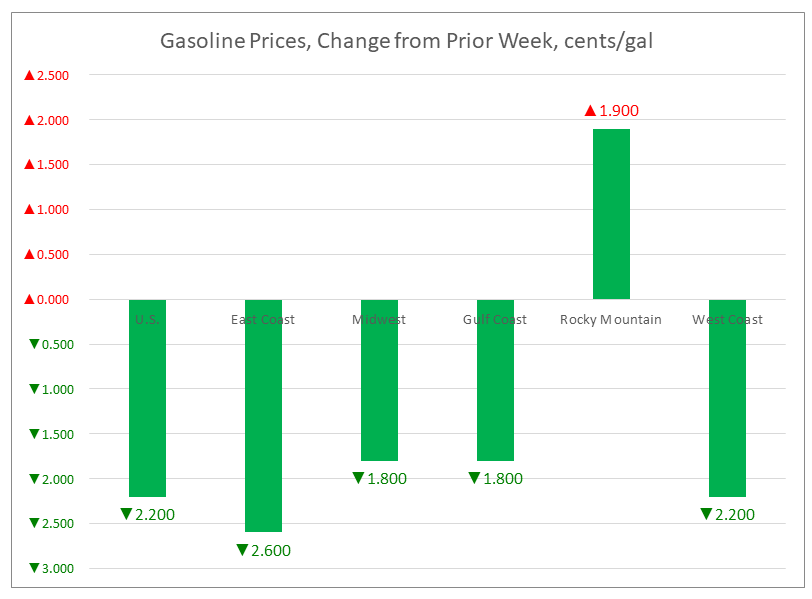 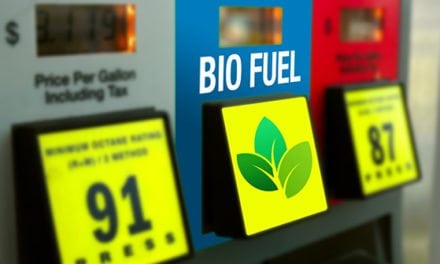 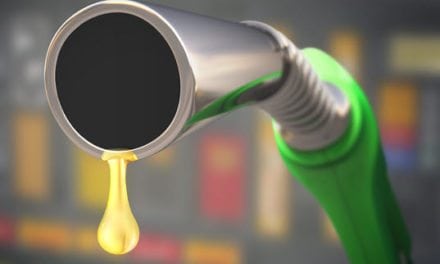