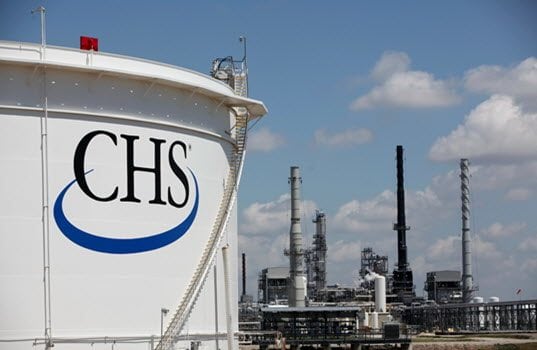 CHS, a leading energy, grains and foods company and the nation’s leading farmer-owned cooperative, said today it has completed its purchase of the National Cooperative Refinery Association petroleum refinery and related operations based at McPherson Kan., and is now its sole owner. The refinery has been renamed the CHS Refinery at McPherson, Kan.

“As the nation’s leading cooperative energy company, becoming the sole owner of this refinery and its related pipelines and terminals is a critical step in adding value for our member-owners and other customers,” said Jay Debertin, CHS executive vice president and chief operating officer, Energy and Foods. “Given our 70-year history with this well-run operation and its 700 dedicated employees, we’re proud to make this operation fully part of CHS.”

Today CHS sells more than 3 billion gallons of gasoline and diesel fuel products annually and markets the products under the Cenex brand at more than 1,500 Cenex branded retail locations. Combined, the CHS refineries at McPherson, Kan., and Laurel, Mont., help meet their customers’ growing needs for both diesel fuel and gasoline.

“We are continually in the market for diesel fuel to meet our member-owners’ demand,” said Jim Loving, CHS senior vice president, refining, pipelines and terminals, and past president of NCRA. “Through sole ownership of this operation, along with additional investment to increase capacity, we’re essentially adding the equivalent of a third refinery to serve our owners and customers who highly value the additional diesel supply.”

The CHS refining story began in 1943 when wartime shortages of petroleum products made it difficult for cooperatives to obtain the fuel they needed for their farmer- and cooperative-members. CHS purchased the refinery at Laurel, Mont., and within months an association of regional farm supply cooperatives, including CHS, was formed to purchase the refinery at McPherson, Kan.