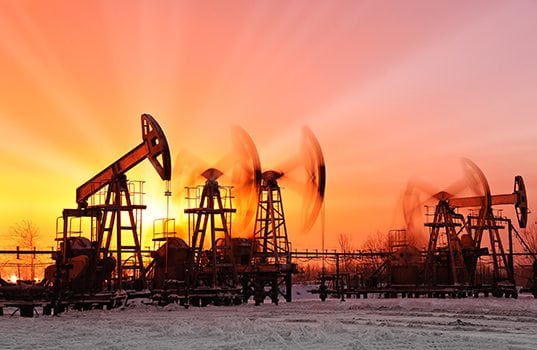 Too much, too soon. The 34% increase in oil prices since August is likely to stimulate a strong production response, with a typical lag, sufficient to keep oil inventories elevated above the 5 year average for all of 2018, despite the extension of OPEC’s production cut to the end of the year. It may even undermine OPEC compliance and negatively impact oil demand.

WTI is now $63/B, just off its recent $64.89/B high, a level not seen since 4Q14. It averaged $49/B for the first 9 months in 2017. The 34% spike from $47/B in August was caused by pipeline disruptions in the US, North Sea, and Libya, hurricanes in the Gulf of Mexico, increased geopolitical anxiety, first over Iraq, lately regarding Iran, and the arrival brutal cold winter weather which will pass. Without an escalation of conflict in the Middle East, Libya, and Nigeria, these varied stimuli are unlikely to have a lasting effect. For 2018, WTI is likely to average about $58/B.

Aided by the unusual number of one off events, the OPEC production cut was successful in reducing surplus OECD inventories to 133 MMB above the 5 year average in November according to OPEC estimates, down from a 318 MMB surplus earlier in the year and a record high in 1Q16 of 380 MMB. The OECD accounts for 48% of total world oil demand.

The IEA estimates November OECD inventories were significantly smaller, at 93 MMB above the 5 year average, with a preliminary estimate of a further 43 MMB decline in December.

Latest data indicates a minimal increase in OECD inventories in 1Q18 with a seasonal decline in demand, followed by modest quarterly declines as non OPEC production growth gains momentum. Using OPEC estimates, after all it is OPEC data which is guiding OPEC’s production cut, surplus OECD inventories will decline to about 103 MMB above the 5 year average in 4Q18, still sizable but only 27% as large as the peak in early 2016.

OPEC has achieved the stated price goal of its production cut announced in November 2016. That may cause some of its members to reduce compliance, rather than cede market share and further stimulate the growth in non OPEC production, which could cause surplus inventories to once again build at a hefty rate. When OPEC announced its production cut a year ago, it believed elimination of the surplus in OECD inventories to the 5 year average would increase oil prices to $60-65/B. That has now occurred.

Iraq’s future compliance with the OPEC agreement has always been uncertain. Its December production was 4.41 MMBD. Its quota under the OPEC agreement is higher. About 300 MBD from the Kurdistan region is shut in. It says it must focus on rebuilding 1/3 of its territory devastated by the fight with ISIS. Its goal is to raise production to 5 MMBD and its field capacity is approaching that level, in large part due to successful partnerships with foreign oil companies.

Libya and Nigeria would also like to produce more. Both are also beset with domestic upheaval.

Saudi Arabia produced 9.92 MMBD in December. It produced 558 MBD more in 4Q16 before the OPEC cut was implemented. As OPEC’s leading sponsor of the cut to restore market balance, it may in coming months even have to threaten to raise production to discourage rampant acceleration in the growth of non OPEC production. As it is, it does not expect significant inventory declines until 2H18. It has over 2 MMBD in spare capacity.

Total December OPEC production was 32.23 MMBD, down 1.17 MMBD from 4Q16 when the cut was announced. OPEC production in 2018 is otherwise projected to remain near December levels except for a steady decline in Venezuela. A decline about 270 MBD Y/Y in total OPEC production to 32.09 MMBD in 4Q18 is indicated if supplies from Iraq or other OPEC producers do not vary significantly. Current OPEC spare capacity is 3.41 MMBD. The Iranian oil minister recently warned that Brent crude over $60/B would unleash more US shale supplies.

Venezuela produced 1.61 MMBD in December, down a sizable 510 MBD from 4Q16. The current trend indicates a further decline of around 450 MBD in 4Q18.

OPEC is scheduled to review the progress of its 1.8 MMBD production cut in June, which is scheduled to expire the end of the year. Net long futures positions in crude are at a record high in January. Oil traders may choose to take profits in advance of the meeting, if not sooner.

A recent survey by the Federal Reserve Bank of Dallas of 134 energy companies based in Texas and nearby expects the US rig count to be higher than 930 in 6 months. Nearly all believed it would increase substantially with oil prices above $60/B, where they are now. The current rig count is 936 compared to an 874 average in 2017.

Growth will come primarily from the 4 major resource plays: the Permian Basin, Eagle Ford, Bakken, and DJ Basin, which combined will add about 1.37 MMBD oil by 4Q18, a Y/Y increase of 25%, as well as additional natural gas liquids. Combined oil production from these basins increased 849 MBD Y/Y in 4Q17, or 18% over 4Q16. The risk is that production will be even higher and cause lower oil prices. Break even costs in these plays are now in the $33-$35/B range.

The 10 largest producers in the Permian, who account for 35% of Permian production, increased their 2017 production 21%, or 861 MBD. Their guidance indicates their production will increase 30% in 2018. Other smaller Permian producers may follow suit.

Less capital will be required to grow US production in 2018. In 2017, producers substantially increased the number of drilled but uncompleted wells (DUCs) in the major shale plays. The DUC inventory in these plays reached 5537 the end of December, 42% larger than 3900 a year previous. Completion costs represent about 70% of the cost of a new unconventional well and drilling costs 30%.

The DUC inventory build in 2017 was attributable to a lack of money to complete wells and a shortage of crews to frac wells. Not only will the US oil directed rig count increase in 2018, but the number of completed wells will increase more. Completion levels are expected to return to levels last seen in 2014, and new wells now are far more productive than they were then.

The major constraint is whether pipeline takeaway capacity, primarily in the Permian, can keep up with growth in production. A total of 2.31 MMBD new pipeline capacity is proposed for start up in late 2019, early 2020, which should prevent the Midland discount to WTI from widening as production climbs. With current spare pipeline capacity of just 300 MBD, the September Midland discount was $5.74/B, up from $2.06/B in December 2016.

Canada produced 4.80 MMBD in 4Q17, down 20 MBD Y/Y reflecting the impact of the Keystone pipeline spill and railroad disruptions in the quarter. The recent start up of new projects will raise production by 300 MBD by 4Q18. Prominent among them is the November start up of the Hebron Field off Newfoundland, which will take 18-24 months to add 150 MBD on plateau.

Oil sands production in 2017 was 2.88 MMBD. Projects sanctioned in prior years will add 300 MBD in 2018. The breakeven price for new greenfield in-situ projects has been reduced to $60/B WTI and $78/B WTI for oil sands mining projects.

Russia produced 11.31 MMBD in November, fully compliant with its agreement with OPEC. It produced 270 MBD more in 4Q16 and could do so again and possibly more in 2019. A relatively quick start of 285 MBD of capacity idled under the agreement with OPEC is likely. It is also said to have an impressive list of 23 new greenfield projects to launch in 2019, while rising drilling activity constrains brownfield declines. Some estimates anticipate Russian production could grow up to 1 MMBD in 2019-20. Russia’s Lukoil believes the OPEC deal should end in a `very smooth way’ if Brent hold $70/B for 6 months. Brent is now $69/B.

The biggest risk is latest US sanctions which could be used against any company investing in Russian projects.

After decades of decline, UK North Sea production is expected to be stable to the end of the decade at around 1.05 MMBD.

The outlook for Norway is bullish. The start of phase 1 production in the Johan Sverdrup Field in 2019 will add 440 MBD when it reaches plateau. Norway’s 2017 production was 1.99 MMBD. Operating costs have been reduced around 30% since 2013/2014 and can tolerate an oil price as low as $30-$40/B. Nearly 2/3 of Norway’s undiscovered resources are in the Barents Sea.

The spike in oil prices may also negatively impact world oil demand after winter passes. IEA analytics calculate a 10% increase in expected oil prices reduces global demand about 400 MBD, all else being equal. Oil prices are up 34% since August.

Since 2015, global oil demand has grown about 5 MMBD, twice as fast as the previous 3 years, supported by strong global economic growth, particularly in the OECD. In 4Q17, it was up 1.50 MMBD Y/Y to 98.30 MMBD, which is well above trend-line. The IEA estimate anticipates a 500 MBD seasonal dip in demand in 1Q18. It is then projected to increase to 10.01 MMBD in 4Q18, up a remarkable 1.80 MMBD Y/Y. China, India, and Africa lead the expansion.

A looming decline in aging conventional fields in 2019 and beyond will provide downside support for oil prices. In its 4Q17 earnings call, Schlumberger said it anticipates a 1 MMBD decline in 2019 production in Latin America, Africa, and Asia, which will accelerate thereafter. 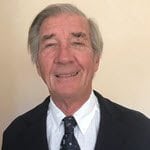 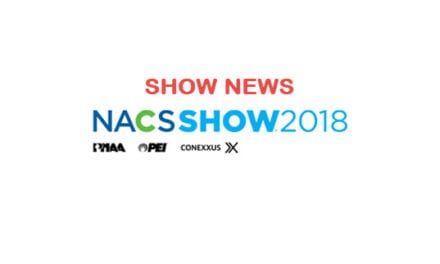 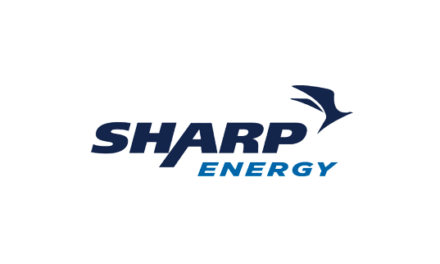 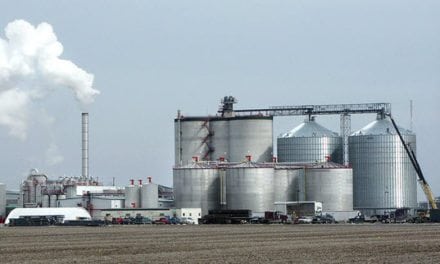