The American Coalition for Ethanol is running ads in Roll Call, a popular Capitol Hill publication, during the advocacy group’s 8th annual grassroots fly-in April 13 and 14 in Washington, DC.  The ad buy highlights the importance of the Renewable Fuel Standard and bipartisan legislation to extend Reid vapor pressure relief to E15 and higher ethanol blends.

Even though it has lower evaporative emissions than gasoline and E10, EPA refuses to allow E15 in conventional gasoline areas of the country from June 1 to September 15.  As a result, most gas station owners are handcuffed from selling a cleaner and lower cost fuel to motorists year-round. (More information on RVP can be found here.)

“We applaud Senator Donnelly (D-IN) and Congressman Smith (R-NE) for sponsoring S. 1239 and HR 1736 which clarify that E15 and flex fuels, which have more ethanol but fewer evaporative emissions than gasoline and E10, should be allowed to be used during the June 1 through September 15 season,” said ACE Executive Vice President Brian Jennings. “A top priority of our fly-in will be to urge bipartisan support in Congress for this legislation.”

On April 14, Delayne Johnson, CEO of ACE-member Quad County Corn Processors, will be featured in a print ad highlighting how the RFS has enabled his company to become the first to successfully commercialize cellulosic biofuel from corn kernel fiber.  Quad County produces two million gallons of cellulosic biofuel annually in addition to 35 million gallons of conventional biofuel.

“Quad County is an example of innovation sparked by the RFS and why it is important Congress stands strong on this policy,” said Jennings.

Roll Call, considered “the newspaper of Capitol Hill since 1955,” has more than 22,000 subscribers and averages more than one million unique online visitors per month. 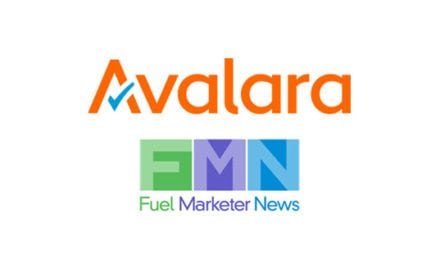 25% of All Fuel Invoices are Inaccurate. How about Yours? Take a Hard Look at Excise Tax Calculations with this Avalara/FMN Webinar