Your Dispenser Filter Might Be Trying to Tell You Something 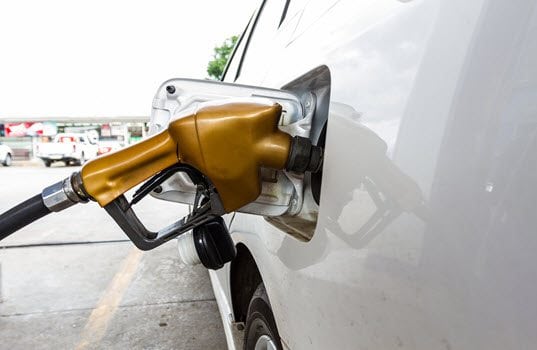 Imagine if a routine, relatively inexpensive part of a fuel dispenser could tell you when conditions inside your underground storage tank (UST) are deteriorating to the point that operations could be compromised. Well, such a part exists. It’s a dispenser filter.

Dispenser filtration is not only a fuel site’s last line of defense against dispensing contaminated fuel, the filter itself often presents one of the first indications of a serious, systemic problem. Although most site operators view filter maintenance as a cost-of-doing-business expense, filter maintenance that is performed regularly offers operators an additional benefit: the opportunity to observe signs of trouble in the fueling system and initiate corrective actions.

There are two common and serious conditions that occur inside a UST that can destroy fuel quality along with customer loyalty: phase separation in ethanol-blended fuels, and corrosion in tanks containing ethanol, ultra-low sulfur diesel or biodiesel. Both of these problems can be detected in a dispenser filter engineered to filter particulate or react to phase separation.

Occurrences of corrosion in storage tanks are on the rise. As demand for renewable fuels increases, biodiesel and ethanol become a larger part of the supply. As such, corrosion incidents are increasing. Tanks containing ULSD pose a particular challenge. In a 2016 study conducted by the U.S. Environmental Protection Agency Office of Underground Storage Tanks containing diesel, about 83% of the USTs in the study were reported to have moderate or severe corrosion. 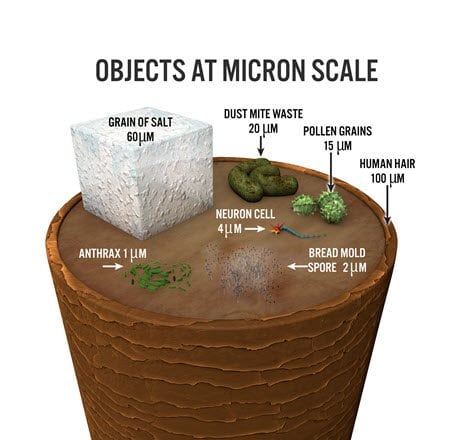 How Micron Ratings Measure Up Dispenser filters feature a micron rating which is an indication of the size of particulate it is capable of capturing. A micron, also known as a micrometer, is a unit of measurement that is equal to one-millionth of a meter or 1/25,000th of an inch. Generally speaking, the human eye can see substances as small as 40 microns. The lower a filter’s micron rating is, the greater its ability to capture particulate. For instance, a 5-micron filter will capture particulate smaller than a dispenser filter with a 10- or 30-micron rating.

Clean biodiesel, ULSD and ethanol fuels are themselves not the source of tank corrosion. However, petroleum products are extremely susceptible to contamination. Biodiesel contains fatty acid methyl esters. These molecules grow organic microbes, which eat away at the tank. Water has a similar effect on ULSD ­– bacteria and fungi flourish in the presence of water, and they need very little of it to thrive. Water also ruins ethanol blends. Ethanol attracts and absorbs water to create corrosive acetic acid. Worse yet, water causes an ethanol blend to complete phase separation.

Unfortunately, water intrusion happens during many points along the way to distribution: during refining, during delivery, when it rains, as groundwater run-off, as in-tank condensation and more. The vulnerability of fuel to water contamination creates an extremely challenging quality-control situation for fuel operators. Thankfully, dispenser filters not only help prevent the distribution of contaminated fuel, they help signal fuel site operators to the development of fuel quality problems and potential infrastructure issues.

It’s Time to Listen to Your Dispenser Filter When…

Dispenser filters are the canaries of the forecourt. By performing a few primary functions ­– capturing particulate, sensing water and detecting phase separation – dispenser filters can cue operators to deteriorating product quality and infrastructure. (Note: not all filters perform all functions. Therefore, proper filter selection is critical to maximizing your level of protection and warning.)

For instance, as fuel flows into a Phase Separation Detection, Water Sensing & Particulate Removing dispenser filter, the filter collects debris and senses water and phase separation. The filter alerts operators to contamination by disrupting the flow of fuel in the following ways:

A used dispenser filter offers a snapshot of the quality of the fuel recently pumped through the dispenser and, therefore, an indication of the conditions inside the tank. By examining the contents of a used dispenser filter either on-site or in a lab, fuel site operators and technicians obtain insights to the factors contributing to deficiencies in fuel quality. Indications of fuel contamination or tank corrosion include:

Fuel that contains particulate or that has completed phase separation will damage dispenser components and automotive engines. High Pressure Common Rail fuel-injection systems with small, precision-crafted components are particularly susceptible to microscopic contaminants. Fuel that has completed phase separation can cause a vehicle to experience an immediate failure that requires it to be towed from the fuel site.

Dispenser filters represent the last chance to capture contaminants prior to fuel entering a vehicle. The lower the filter’s micron rating is, the more particulate the filter will capture. With regard to ULSD, the Clean Diesel Fuel Alliance recommends that fuel site operators install a nominal 5 micron filter on the dispenser. Further, if the UST has chronic water problems, the Clean Diesel Fuel Alliance reports that a 5-micron water absorbing filter in an equivalent pore size may be needed. PetroClear’s 40505W-AD dispenser filter, for example, captures particulates as small as five microns and prevents them from entering and damaging a vehicle’s fuel injection system. The filter also senses when elevated levels of water are present in the fuel and alert the fuel-site operator through slow-flow dispenser operation that the fuel contains potentially damaging amounts of water that can cause bio contamination and poor lubricity.

Fuel dispenser filters, both as a critical quality control measure and as a reference point for conditions inside the UST, deliver a strong value for their cost. Fuel site operators who heed the filters’ warning and pivot to rectify an underlying cause will position themselves to grow customer loyalty and establish stronger operations over the long term. 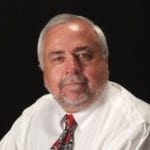 Dwight Rutledge is Business Development Manager at PetroClear, a Champion Laboratories brand dedicated to manufacturing fuel dispenser filters. He has over 35 years of experience in the petroleum-equipment industry. For more information on PetroClear, please go to www.petroclear.com.