Economic news for the United States turned positive last month. Inflation, one of the main concerns of Americans, dropped in October. The data came in below expectations for both “headline,” and “core” inflation.

The Bureau of Labor Statistics reported the Consumer Price Index for All Urban Consumers rose 0.4%. “Core” inflation, prices for all goods except food and energy, rose only 0.3%.

Energy commodity prices were outliers in the CPI report. Fuel oil prices rose 19.8 per cent during the month of October. Gasoline rose 4.0 per cent. But these results were outliers.

Some analysts suggest that these data may represent a peak in the post-pandemic period. Confirmation of slower inflation could translate into Federal Reserve action to slow its pattern of tighter interest rates. The U.S. dollar’s value fell too, opening the prospect of improved terms of trade.

Employment continues apace and even the most pessimistic projections do not suggest unemployment moving much above 5%. This is quite a contrast from the locked-down Covid economy that brought unemployment rates to 15%. On balance, then, very good news for the economy.

Petroleum markets will continue to face their own challenges of insufficient refining capacity, export of distillates in the face of East Coast shortfalls and climate changes.

The ULSD Price Index shown below reminds traders that the pre-winter price low is upon us. If history prevails, markets may anticipate prices bottoming around this time. Distillate shortfalls have been documented here by Powerhouse several times in recent Weekly Energy Market Situation reports. And gasoline, with supplies at a low, will start rebuilding stocks in expectation of the spring and a renewed driving season. 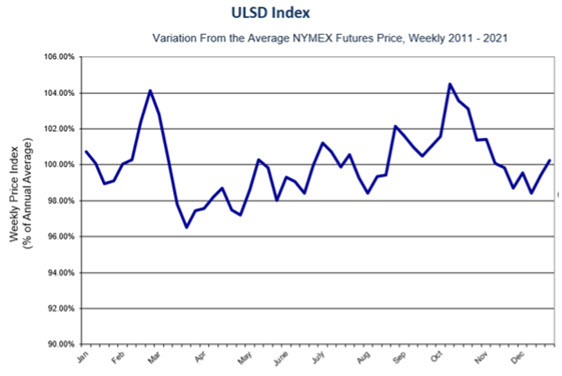 Supply/demand data in the United States for the week ended November 4, 2022, were released by the Energy Information Administration.

Domestic crude oil production was up (⬆) from the previous report week at 12.1 million barrels daily.

Natural gas in storage in the United States is rapidly approaching its five-year average level. LNG exports from Freeport, LA are still under review, demand-killing weather like H. Nicole and the EU’s storage north of 90% have contributed to this phenomenon.

Last week’s EIA Natural Gas Weekly Update reported the completion of 2022’s injection season. The United States begins the withdrawal phase for the winter with about 3.5 Tcf in underground storage. EIA says, “This is the second lowest second-lowest end-of-refill-season inventory level since 2008.” This could support prices in November, when HDDs are expected to be “near of below average across much of the U.S east of the Rockies …”

Moreover, The Old Farmer’s Almanac forecasts “Winter will be colder than normal, on average, with the coldest periods in late November, early December, early to mid-January, and mid- to late February. Precipitation and snowfall will be above average in the east.”

Natural gas prices advanced from $4.75 on October 24. Last Monday, they reached $6.94. The price candlestick for that day was a “doji,” A chart pattern in which the daily opening a closing prices are the same.

The doji is not a reversal indicator. It shows indecision. And, during last week’s action, prices did fall, though not significantly. The final days of the week traded essentially flat. Powerhouse believes the rally is intact and could recover its upward track.

Working gas in storage was 3,580 Bcf as of Friday, November 4, 2022, according to EIA estimates. This represents a net increase of 79 Bcf from the previous week. Stocks were 37 Bcf less than last year at this time and 76 Bcf below the five-year average of 3,656 Bcf. At 3,580 Bcf, total working gas is within the five-year historical range. 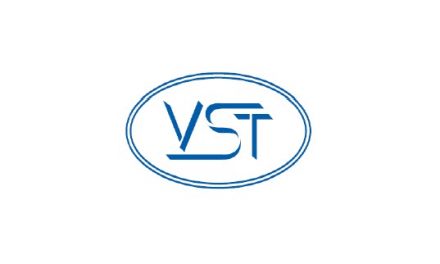 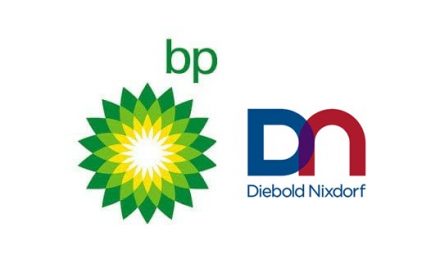