Some observations this week:

The story emerging from energy markets this week is diminishing volatility. Events overseas would ordinarily create price uncertainty and instability. This feature of markets has been notably missing in the current dustups in Ukraine, Libya, Venezuela, Nigeria and South Sudan among others.

It’s not hard to explain domestic tranquility in oil pricing. Crude oil production in the lower 48 states is running 7.9 million barrels daily, 16.7 per cent higher than last year as horizontal drilling and hydraulic fracturing offer new sources of supply. Stocks, previously stranded in Cushing Oklahoma have found their way to the Gulf Coast via new and reversed pipelines. And crude oil cannot be exported. This has created a huge stockpile of commercial crude oil, nearly 400 million barrels protecting local markets from foreign intrigues.

One measure of market instability is Historic Volatility (HV.) HV is a statistic that estimates annual price ranges based on recent activity. Crude oil, for example, showed an HV of 49.6 per cent in January 2009 when prices bottomed after the financial crisis of 2008. HV has shrunk to 16.6 per cent for May, 2014. This is as low as HV has been since August 1993. Gasoline and ULSD HV’s are even lower.

It’s more puzzling that Brent crude oil’s HV is lower still. Brent HV is 11.8 per cent. At current rates, one can expect only an 11.8 per cent price move this year in Brent crude oil. We would have expected that the range of geopolitical uncertainties outside the United States would have given Brent greater volatility, but that has not happened.

Low volatility suggests complacency. And there is little doubt that market participants have been complacent. It is in the nature of markets for economic factors and attitudes to react to change. We do not know what that change will be but it will occur. Traders need to anticipate that change and reject complacency.

Supply/demand data for the week ending May16, 2014 were released by the Energy Information Administration.

Crude oil imports fell below 6.5 million barrels daily, a reduction of 658,000 barrels daily for the week. This accounted for about two-thirds of the weekly draw in stocks. The accompanying chart shows import levels are now where they were in the late 1990’s. The reason for this, of course, is booming U.S. crude oil production, which reached 8.4 million barrels daily during the report week.

Futures trading involves significant risk and is not suitable for everyone. Transactions in securities futures, commodity and index futures and options on future markets carry a high degree of risk. The amount of initial margin is small relative to the value of the futures contract, meaning that transactions are heavily “leveraged”. A relatively small market movement will have a proportionately larger impact on the funds you have deposited or will have to deposit: this may work against you as well as for you. You may sustain a total loss of initial margin funds and any additional funds deposited with the clearing firm to maintain your position. If the market moves against your position or margin levels are increased, you may be called upon to pay substantial additional funds on short notice to maintain your position. If you fail to comply with a request for additional funds within the time prescribed, your position may be liquidated at a loss and you will be liable for any resulting deficit. Past performance may not be indicative of future results. This is not an offer to invest in any investment program.Vol. PH 03 NO. 21 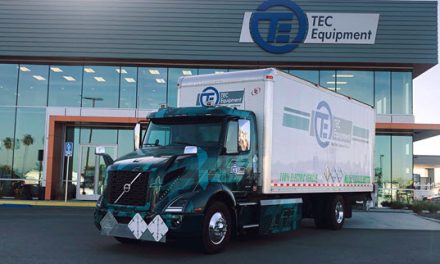 Sponsored Content: How Do You View Your Fuel Storage? See How the Kiesel Company Benefited from Rethinking the Fuel Tanks They Provided to Their Customers