Oil prices have moved steadily higher since November 2 when WTI spot futures bottomed at $33.64. Since then, a steady advance has seen WTI prices break $50 and set new resistance at $54.50.

The economic/political environment has changed as well. Expectations for the economy are more optimistic. Development of a successful Covid-19 vaccine opens the prospect of a return to a more normal social situation sooner than later. It would appear too that the political situation, unsure since the November presidential election is at last clarifying.

A Congress and Presidency in the hands of Democrats should make it easier to achieve their priorities. Stimulus programs should increase demand and lead to higher fuel prices.

Short term recovery in the global economy could produce a 2021 GDP gain of 5.2% according to the International Monetary Fund. This would be an increase over a Covid-19-depressed minus 4.4 percent 2020 GDP.

The Bank, in a new analysis, expects economic growth to slow to 1.9% annually until 2029. This assumes full employment and capacity through the period. Earlier, the Bank had estimated growth to be 2.1 percent on average. Reluctance to make new investments under uncertainty would contribute to slower growth. Moreover, unemployment and loss of educational facilities could lead to loss of knowledge and labor market skills.

Supply/demand data in the United States for the week ended January 1, 2021 were released by the Energy Information Administration.

Natural gas spot futures struggle to reach higher. Futures prices topped on November 2, 2020 at $3.393. Since then, each attempt to rally has failed. Prices reached $3.087 on November 13. A series of lower highs introduced new levels of resistance. The most recent failed high came on January 6, 2021 at $2.77.

Working [natural] gas in storage was 3,330 Bcf as of Friday, January 1, 2021, according to EIA estimates. This represents a net decrease of 130 Bcf from the previous week. Stocks were 138 Bcf higher than last year at this time and 201 Bcf above the five-year average of 3,129 Bcf. At 3,330 Bcf, total working gas is within the five-year historical range. 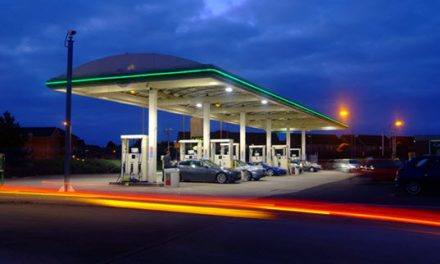 Reaching for the Top 20 in Fuel Sales