Open interest – the number of futures (and options on futures) contracts currently outstanding and not settled – is a measure of investor interest in the market. The number of ULSD contracts outstanding reached its recent high on Jan. 21, 2002, at 375,146 contracts. The price on that date settled at $2.69.

ULSD futures topped on March 9 at $4.67 per gallon. This was a breathtaking rally in response to the Ukrainian/Russian war and the intense political responses taken by the European Union and the United States. Futures gained nearly 75% of value in the $2.00 advance. During this time, Open Interest fell to 238,350 contracts.

Futures market technicians usually interpret a situation with prices rising and open interest falling as a short covering rally. Prices are moved higher as short futures holders exit their positions. This time may be no different, but the impact may have been intensified as futures exchanges, Futures Commission Merchants and other groups responsible for ensuring markets themselves remain solvent have imposed requirements for more margin, faster response to meeting margin calls and similar calls for cash. The effect on cash flow for market participants, hedgers and speculators alike has been to slow activity, widen bid-asked spreads and increase the dangers of already treacherous markets.

The demands of business activity nonetheless remain a force with which to be reckoned.

ULSD’s chart of open interest shows that despite the barriers to trading imposed by supervisory authorities, the number of contracts has started to grow.

Open interest bottomed on March 31, 2022, at 206,781 contracts. Prices settled at $3.69 on that day. In hindsight, it appears that ULSD prices were seeking a low. Prices have been moving higher after a few days of indecision and have now reached $3.96. We now have open interest rising while prices are advancing as well. Many analysts view this as confirming an upward trend.

Powerhouse’s David Thompson (CMT) has prepared a further analysis (“Spot ULSD futures are nearing an inflection point”) of the technical outlook for ULSD. It is available to you by emailing him at david@powerhousetl.com or ICE instant message, dthompson17. Please ask.

Supply/demand data in the United States for the week ended April 8, 2022, were released by the Energy Information Administration.

Spot futures prices for natural gas are moving higher. Trading early on April 17 reached $7.53 and broke through resistance at $7.40, established on January 27, 2022. The current rally has been long-lived, starting on St. Patrick’s Day, March 17 at $5.00. In twenty-one trading sessions, prices have moved nearly 50% higher, reflecting expansion of exports and colder-than-normal weather.

Spot prices are now in territory last seen in 2008, when values were collapsing from $13.69. Powerhouse does not project a return to that level, but the impact of the war in Ukraine has diverted American natural gas supplies substantially.

Next resistance could be around $8.75.

The Natural Gas Weekly Update published by the Department of Energy, showed a dramatic decrease in working gas in underground storage. 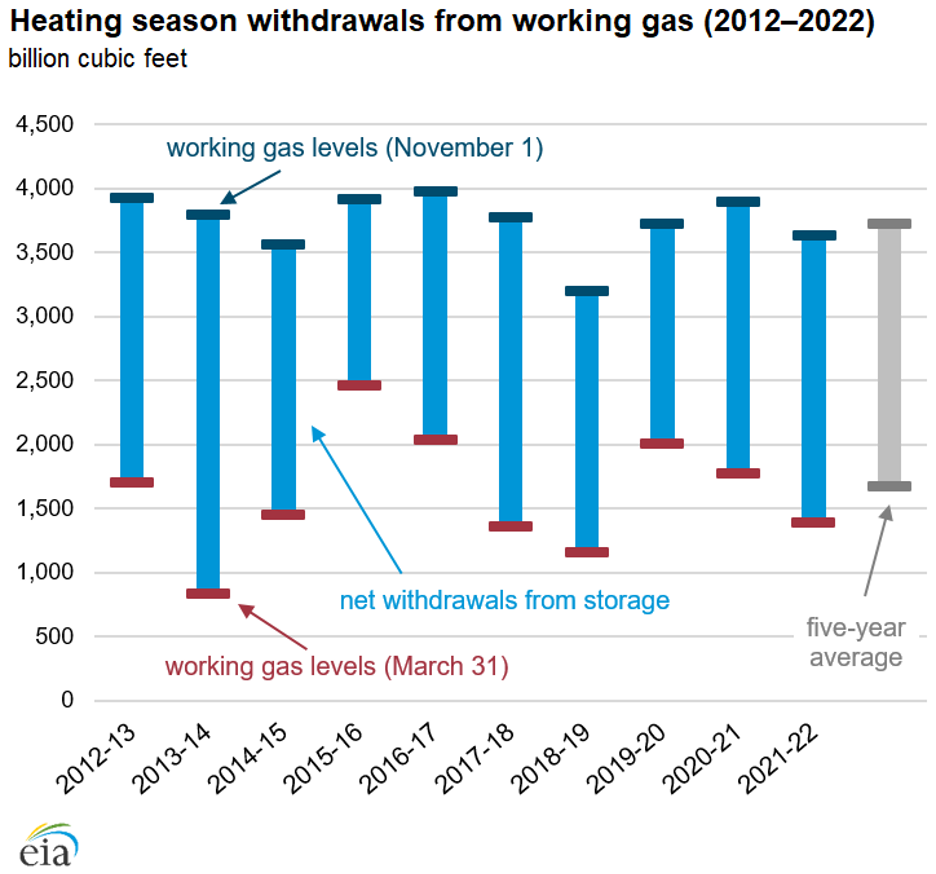 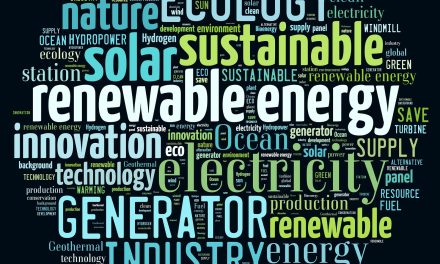