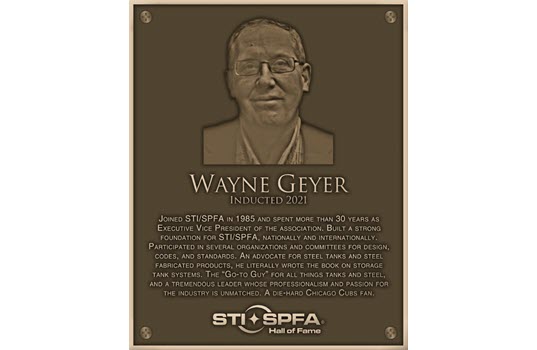 Wayne Geyer, former STI/SPFA Executive Vice President and long-time industry expert, was inducted into the STI/SPFA Hall of Fame in a special presentation Friday, November 5 during the Annual Meeting in Nashville, Tennessee. Geyer was presented with a plaque and will have his name added to the Hall of Fame wall at the STI/SPFA headquarter office.

Geyer joined the STI/SPFA staff in 1985 and spent more than 35 years with the organization, almost all of those as Executive Vice President. He became an industry expert for speaking engagements, a regular contributor to industry publications, and an advocate for all STI/SPFA members. He participated in several organization and committees for design, codes, and standards. Geyer made every effort to position STI/SPFA as a well-respected association whose members were the highest quality fabricators and suppliers in the industry.

“Wayne Geyer was a tremendous leader who will be missed terribly. While he has built a strong foundation, his connectivity, both nationally and internationally, is perhaps unprecedented in the history of the Steel Tank Institute/Steel Plate Fabricators Association,” commented STI/SPFA Chairman of the Board Sonny Underwood of Mid-South Steel Products, Inc. “Wayne Geyer has always been the “Go-To-Guy” for all things in tanks and steel and we all owe a big debt of gratitude to his leadership, professionalism and passion for our industry.”

In addition to his life’s dedication to STI/SPFA and the steel fabrication industry, he has a passion for his family, golf, and the Chicago Cubs.

STI/SPFA is a not-for-profit trade association whose member companies fabricate steel tanks, pipe, and pressure vessels for use in the petroleum, food, water, and chemical processing industries. For more information, visit our website at steeltank.com

Sunoco LP Announces New Chairman and Other Board Changes 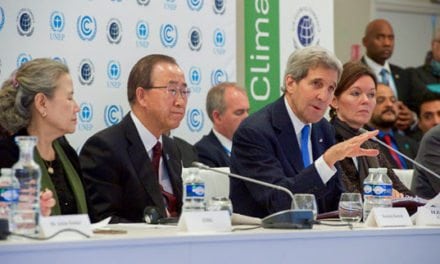