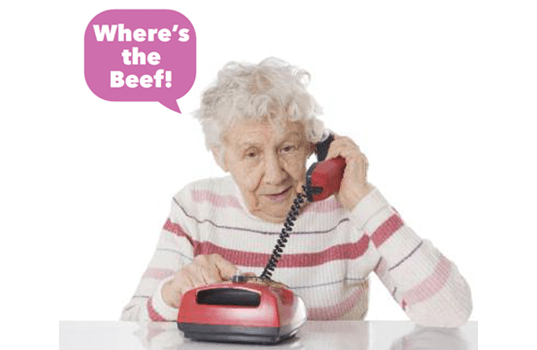 The fuel business is an ever-changing set of rules and regulations, rising and falling oil prices, competitive challenges etc. I’ve been asked over the years “where do you go to learn all this stuff?” Unfortunately, there is no formal education that I am aware of that breaks down the petroleum marketing business in segments such as in a university setting. You just have to jump in and start swimming. For those of us yearning for the old days of a simpler time, when nobody thought of success in terms such as “high volume retailing” and “24/7” wasn’t even a concept, here is a attempt to make the complex simple.

Most people are in a hurry these days. If you can’t make your point in less than 30 seconds, such as in a clever television commercial, they aren’t going to invest any time trying to understand the problem. Therefore, I am going to use old advertising slogans as the theme for quickly making points.

“It melts in your mouth and not in your hands” – This refers to the nature of petroleum regarding expansion and contraction and its relationship to Net and Gross Gallons. The easy to understand version is that fuel shows up in gross gallons and goes out in gross gallons. For environmental and SIR purposes, it is reconciled in gross gallons as that is the way it showed up and left the tank. By the time it goes through the underground plumbing and leaves the dispenser it is reported in gross gallons. Since the number of gross gallons changes with temperature change, financial accounting is ideally performed with net gallons. Because net numbers are fixed, they do not expand and contract.

Here is the easiest way to think of this. Fuel starts out at the terminal as a gross gallon. Then using the temperature of the fuel it is converted to a net gallon for accounting/payable purposes. The product then leaves the terminal as both a gross and a net gallon. It is then transferred to a petroleum storage tank as a gross gallon and is changing in volume as the temperature changes. The product is then dispensed as a gross gallon. So, why all the confusion? The fact is that fuel, milk, water and just about anything you can pour out as a liquid expands and contracts. The need for standardization for payable purposes was tremendous. Therefore, the standard of creating a fixed average temperature was created, which is 60ºF.

Why 60ºF? Well, 60 degrees is the average temperature of an underground storage tank in many parts of the globe. This is the only method that allows the Marketer at time of purchase to ensure that the amount purchased is exactly how much was received. If it is warmer than 60ºF, the fuel will have already expanded, and when it cools off less product will be what shows up.

Here is the way my Dad taught me this back when a wooden stick with baby powder on it was the preferred measuring system. He said, “Remember one number which is 60–60 net gallons equals 60 gross gallons at 60 degrees!”

“It’s good to the last drop” – This slogan refers to the fact that the EPA has an acceptable margin of error of +/- 1% and 100 gallon variance in fuel inventory. This is an expensive and unacceptable number for acceptable error. Today there are ways to determine the likely source for losses such as temperature, meter drift, theft, leaks and delivery errors. 1% of an 8,500 gallon delivery is 85 gallons. If it is possible to accurately draft an invoice based on a bill of lading delivery, then it should be acceptable to determine if a delivery was accurately made, and if not take measures to remediate the difference.

“You put your chocolate in my peanut butter” – From time to time it does happen where a load (or partial load), unintentionally makes it to the wrong location or the wrong tank. Both are bad, but when it happens either it can be detrimental to the business by having the wrong product, such as gasoline in the diesel, in the wrong tank or a delivery magically goes to the wrong location without documentation. Today with technologies such as continuous fuel monitoring, it can be determined in moments that these events occurred.

“Nothing sucks like an Electrolux” – And, the same can be said for pumping gas from a dispenser that is barely going! Flow rates and meter drift can cost an operator money from giving away product to losing a customer. Having the ability to determine in real-time dispenser conditions is no longer a guessing game.

“Where’s the Beef” – Don’t you hate it when your customers are the only people that know when a dispenser is down! Creative Dashboard mapping can determine at a glance dispensers that are down in a mission control like setting.

A mere 30 seconds isn’t a lot of time to learn and understand anything. However, not taking the time to learn anything and just guessing about everything is not only expensive, but it can lead to a “heap of trouble!”

Brian Reynolds has been a petroleum marketing professional for over 40 years. He began career as a youth working in family owned petroleum marketing company in Cisco, Texas. Reynolds was a pioneer in the field of high volume supermarket fueling. The business model invented has been one of the most copied in high volume supermarket petroleum retailing for the past 20 years. He is currently a major account representative at Simmons Corporation, which was recently acquired by Wayne.

Baseball Teams Knock It Out of the Park with Biodiesel 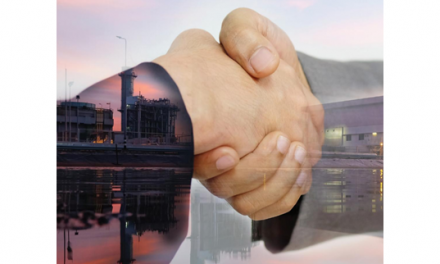 Environmental Issues in a Mergers and Acquisition Transaction